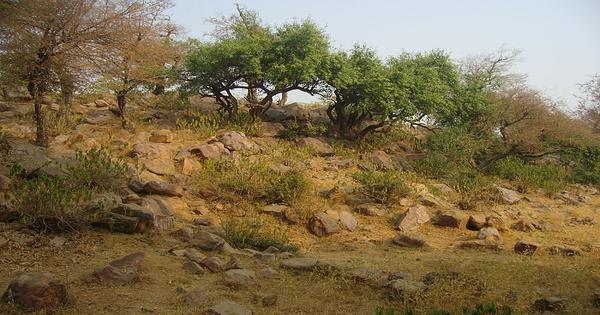 Two senior forest officials were suspended by the National Green Tribunal, after they were found guilty of non compliance of its order. The NGT has suspended the then officiating Divisional Director of U.P. Social Forestry, Shri Shyam Kishor Shukla and S.D.O, Mr. P.S. Mathuria. A high level committee of two officials sent by the U.P. Government had also found them guilty.

The NGT had earlier directed the forestry department to remove the illegal encroachments from the forest land in the Girraj Parikrama, while hearing a Public Interest Litigation.
The PIL was filed by Giriraj ji Parikrama Sansthan, in which it said that the Forestry land on the Parikrama Marg was illegally encroached in several places, making the Parikrama narrow. Several colonies have been developed on the Parikrama.

It claimed that the Govardhan Parikrama has become very narrow due to the encroachments. The boundary demarcation signs of the forest land were also being tampered.

The Govardhan Parikrama is encroached at 61 places. The high level committee deputed by the UP Government also found irregularities in removing those encroachments.
The Green Court will hear the case again on 25th November.