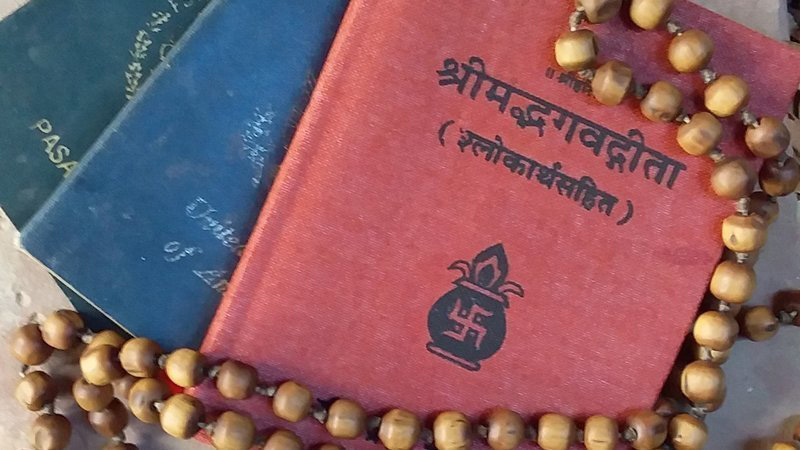 So many vaisnava devotees living in western countries are struggling to maintain strict standards in their spiritual life. Living in western society is simply not conducive to Krishna bhajan.

The many devotees who have taken shelter in the holy places of India find it easy and pleasing to do their sadhana( spiritual practice) here.

Even though they have given up comforts of living in the West and undergo many difficulties, the biggest problem they face is that it the government of India has not helped them obtain long term visas, OCI or permanent stay.

On the contrary they face abuse and fear the government authorities they expected protection from.

These devotees number in the thousands and suffer continuously from neglect and lack of recognition of Indian government of the good work they are doing.

I personally know 2 different devotees who have started goshallas for protection of neglected or injured cows of vrndavan. I have seen some devotees who’s first language being English took so seriously to the path of Hindu dharma that have become experts in Sanskrit and translated many important scriptures into many western languages. I know devotees from western backgrounds who are so learned in Bhagavat and other vedic scriptures and can deliver amazing lectures in Hindi ,Bengali and other indigenous Indian languages. I have seen some devotees so renounced they sleep under trees or on the banks of holy rivers without hesitation.

I know devotees who go into deep jungles on the banks of Ganga to perform meditation and bhajan.

Do they not deserve recognition as pillars of Hindu dharma? Should not the government officials recognize the amazing faith and dedication to the path these great souls exhibit?
Now that PM Shri Narendra Modiji and other Dharmic leaders have come to power it is the desire of the devotees both foreign and Indian that these devotees recieve due protection under the now Hindu government.

These devotee are spending so much energy in preaching and teaching Sanatan dharm throughout the world. But their homebase should be holy Bharat.

Please help us bring this to the attention of the powers that be. I have faith that they will do the needful and surely receive the well wishes and blessings of the thousands of grateful devotees.

Let us protect the saintly no matter where they have taken birth.