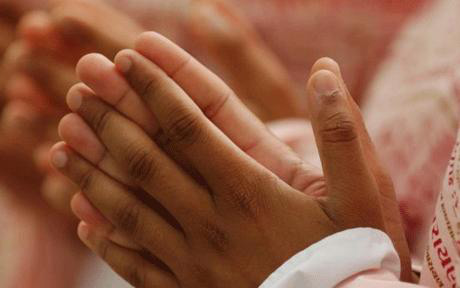 Children are "born believers" in God and do not simply acquire religious beliefs through indoctrination, according to an academic.

Dr. Justin Barrett, a senior researcher at the University of Oxford's Centre for Anthropology and Mind, claims that young people have a predisposition to believe in a supreme being because they assume that everything in the world was created with a purpose.

He says that young children have faith even when they have not been taught about it by family or at school, and argues that even those raised alone on a desert island would come to believe in God.

"The preponderance of scientific evidence for the past 10 years or so has shown that a lot more seems to be built into the natural development of children's minds than we once thought, including a predisposition to see the natural world as designed and purposeful and that some kind of intelligent being is behind that purpose," he told BBC Radio 4's Today programme.

"If we threw a handful on an island and they raised themselves I think they would believe in God."

In a lecture to be given at the University of Cambridge's Faraday Institute on Tuesday, Dr. Barrett will cite psychological experiments carried out on children that he says show they instinctively believe that almost everything has been designed with a specific purpose. In one study, six and seven-year-olds who were asked why the first bird existed replied "to make nice music" and "because it makes the world look nice".

Another experiment on 12-month-old babies suggested that they were surprised by a film in which a rolling ball apparently created a neat stack of blocks from a disordered heap. Dr. Barrett said there is evidence that even by the age of four, children understand that although some objects are made by humans, the natural world is different.

He added that this means children are more likely to believe in creationism rather than evolution, despite what they may be told by parents or teachers.

Dr Barrett claimed anthropologists have found that in some cultures children believe in God even when religious teachings are withheld from them.

"Children's normally and naturally developing minds make them prone to believe in divine creation and intelligent design. In contrast, evolution is unnatural for human minds; relatively difficult to believe."