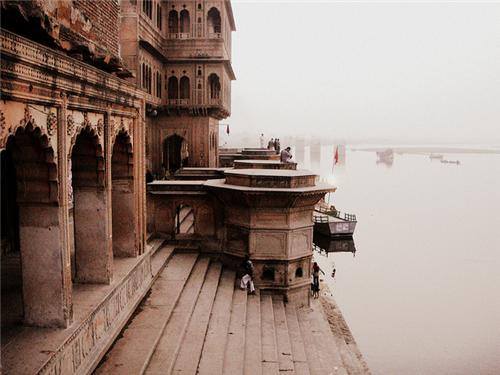 State Government has approved 177.81 crore rupees for the expansion and beautification of the Yamuna river front in Mathura and Vrindavan. The core committee meeting held under the guidance from CM Akhilesh Yadav has sanctioned this amount on Thursday.

Devotees throng to Vrindavan round the year to take a holy dip in the Yamuna before visiting temples. But the only remaining built-up area at Keshi ghat, is now in a very poor condition with many cracks in the existing structure.

Besides Keshi Ghat, Bhramar Ghat, Cheer Ghat, Vihar Ghat and Jugal Ghat are not yet constructed, raising concerns for devotees who want to take a holy dip.

Apart from this, the Kosi drain along with five other major drains is flowing into the river and making it dirtier.

The State Government has now approved action plans that include taping of these drains and construction of a 20 kilometer parallel drainage system, which will carry the drain water far from the city. This will help keep the river water near the ghats clean. Future plans also include connecting the parallel drainage system with sewer treatment plants so that treated water can be utilised for irrigation purposes.

The approval from State Government also includes reconstruction and beautification of the 225 meters long Keshi Ghat. All the other ghats will be designed and constructed for a stretch of 500 meters from Keshi Ghat.