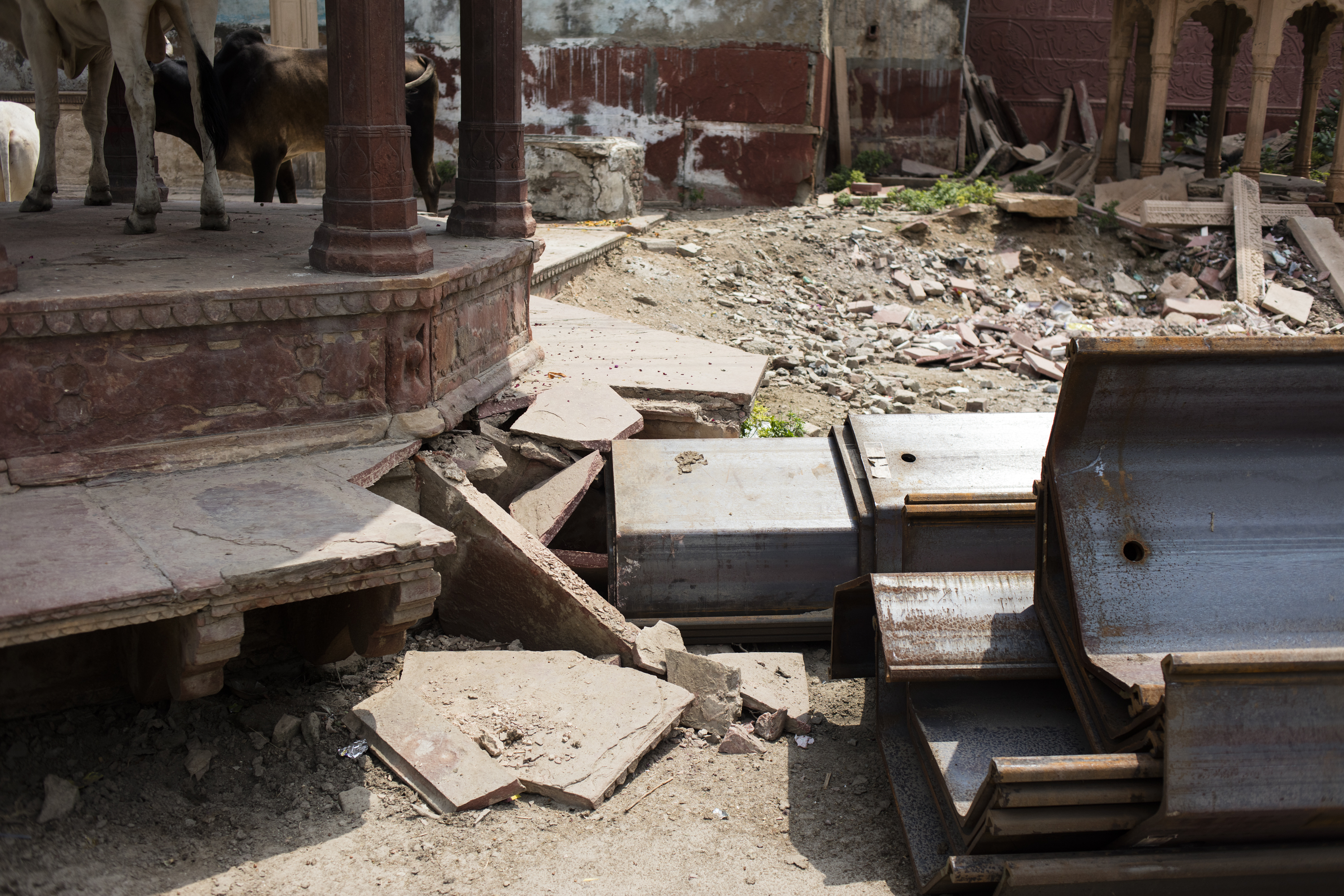 The effect of the unplanned and arbitrary execution of the River Front Development Project in Vrindavan by the State Irrigation Department has caused irreparable damage to Vrindavan’s age old heritage Yamuna ghats.

The dredging work, while laying the sewage pipe line on the river made the foundation of already fragile ghats weak and hollow. Even an earthmover, hired in the project had hit the age old Kishori Rani Ghat, causing severe damage to one of the remaining ghats of the temple town.

The effect of the ill planned project is visible now, as the stone plaques having the architectural value from the age old ghats began to fall. A red sandstone plaque fell down after the machine had hit the ghat, which had disjointed several other stone plaques. Several stone plaques fell off from the wall on Friday. The railing on that ghat was also damaged.

The pristine Yamuna ghats, once rich in the river side architecture of Vrindavan is on the verge of extinction, as the last set of the three ghats which Yamuna touched till recent times have been damaged. Moreover, Yamuna has been pushed away from its natural river bed.

Out of 48 ghats, only three ghats remained live till two months back. The rest of the ghats were buried under the garbage and debris, which was later paved with an illegal road. Several governments in the past built the road on the ghats to facilitate the easy travel for the VIP’s. Even a portion of the Parikrama Marg, close to the Banke Bihari Mandir was named as VIP road.

The valuable ghats of Vrindavan are sites of neglect, marred by encroachments and unauthorized constructions. Sheer negligence on the part of the government and the lack of maintenance of the age old ghats is ready to bury the golden history of Vrindavan.
The Ministry of Culture, which is the premier custodian of our heritage, has also turned a blind eye on the preservation of these ghats. No specific measures have been taken for conserving and preserving the heritage structures of this holy town. There is no long term vision plan for heritage planning and conservation.

In fact in the name of beautification, the development and transformation of the ghats only facilitated the illegal encroachment on the Yamuna Flood Plain. No one is thinking to preserve and maintain the ancient glory of Vrindavan. 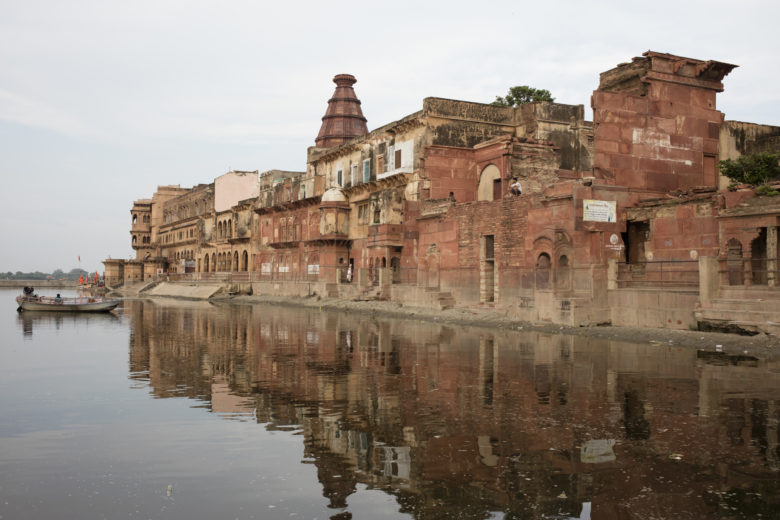