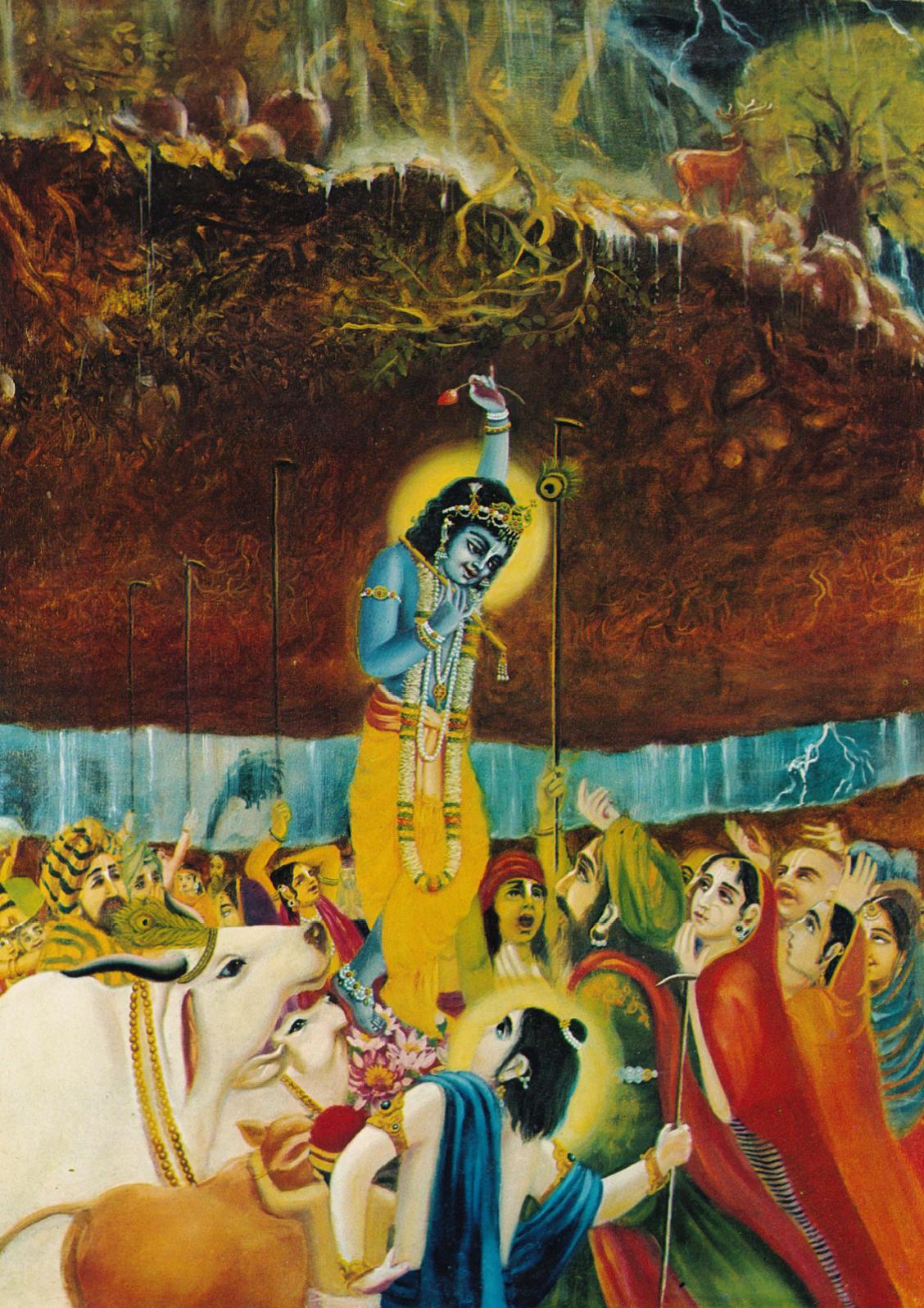 “O Gririraja Govardhana, when your nectarean name was uttered from the lotus lips of Srimati Radhika in Srimad-Bhagavatam (10.21.18), ‘Hantayam adrir abala hari-dasa-varyah,’ i.e. ‘O simple-hearted innocent gopis, this mountain is foremost amongst all the servitors of Sri Hari,’ then you were consecrated by all the Vedas as the new beautiful tilaka (sandalpaste mark) of Vraja-dhama. I therefore pray to you to bestow me a dwelling place in your vicinity.”

Since heaps of various items of cooked vegetable dishes were offered to Giriraja Govardhana in Govardhana-puja, this festival is also well-known as the Annakuta Festival. Sri Govardhana-dhari Gopala was originally installed by Vajra (the grandson of Krisha and son of Aniruddha). Due to Srila Madhavendra Puripada’s extraordinary pure devotion, Govardhana-dhari Gopala reappeared in Govardhana near the bank of Govinda-kunda. Srila Madhavendra Puripada performed the Annakuta Festival in Kali-yuga. This topic is narrated in detail in the Caitanya-Caritamrita (Madhya-lila, chap. 4).