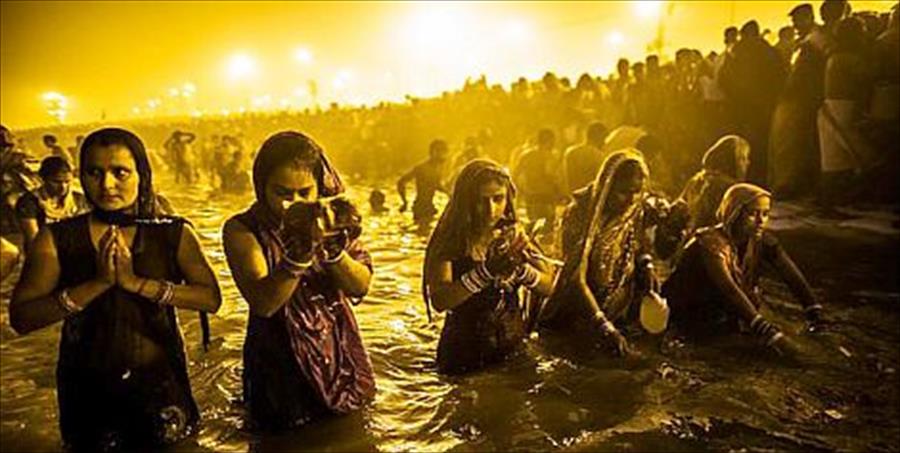 ‘Dashar Maha Kumbh’ is being organised on the confluence of sacred rivers Sindhu and Vitasta in Ganderbal district of Kashmir on June 14, after a period of 75 years, in which Kashmiri Pandits are expected to participate.

The Kumbh is being organised in Waskoora tehsil of Ganderbal district, Convenor of Maha Kumbh Celebration Committee (MKCC) A. K. Koul said on Monday. He said ‘Dashar Maha Kumbh’ mela is being held after 75 years.

At the confluence of Vitasta (Jhelum), Krishen Ganga and Sindh (Indus) rivers, there is a Chinar tree that stands on a small island in the middle of the confluence spot where there is a Shiva Lingam and there are also religious places like Shadipora Ghats and Narayan Bagh.

“It (the tree) is surrounded by water on all sides. This is known as Prayag Chinar. One has to come to this Chinar tree in a boat and go up some steps to have a commanding view of the confluence,” he said.

The Shiva Lingam kept under the shade of this tree’s trunk is also worshipped.

This tree is considered mystical and sacred by Kashmiri Pandits and it is believed that even if the river is flooding, the tree never sinks.

Over 20,000 displaced Kashmir Pandits are expected to throng the Maha Kumbh, Kaul said.

He said the committee members met Deputy Chief Minister Nirmal Singh and urged him to make elaborate arrangements for the pilgrims, including construction of temporary bathrooms, makeshift toilets and temporary shelters.

“Besides, arrangements for security, medical facilities, transportation drinking water etc should also be made,” he said.

Hindus immerse the mortal remains of the dead there. The ashes of first Prime Minister Jawahar Lal Nehru were immersed at Prayag and at Bijbehara in South Kashmir district of Anantnag as per his wish.

The Maha Kumb is the configuration of 10 celestial bodies, including the Sun, and has great religious sanctity according to Hindu mythology, said Omkar Nath Shastri, Chairman of the Celebration Committee.