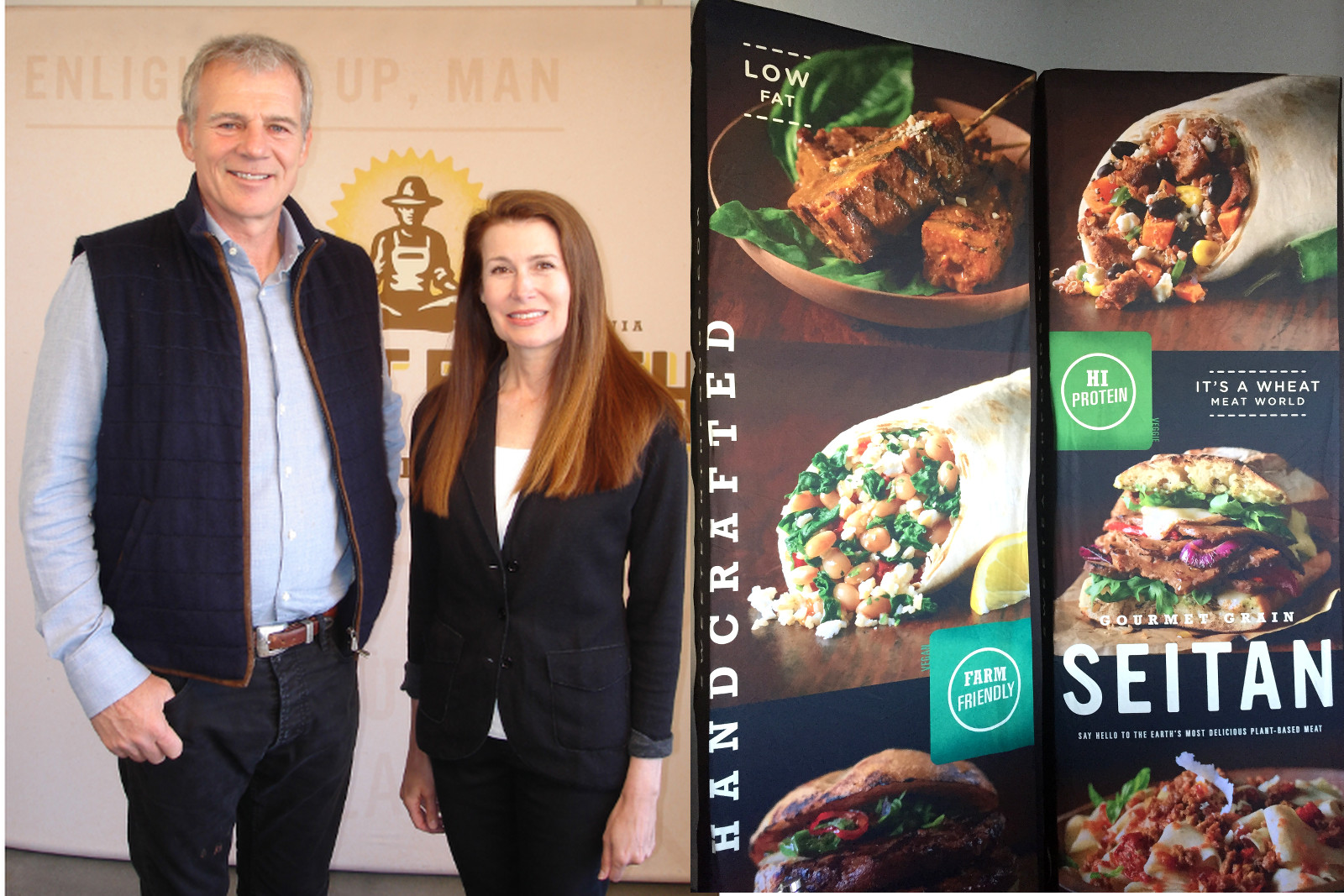 Brian Swette’s career was as corporate as it comes. From Procter & Gamble to PepsiCo to eBay to Burger King, he did executive-level stints at some of the world’s biggest and most powerful organizations.

Now, Swette is president of Sweet Earth Foods, a veg food company based out of Moss Landing, Calif. The brand, which he and his wife, Kelly, launched in 2011, makes vegan and vegetarian products like Benevolent Bacon, Chipotle-Style Seitan, and a Get Cultured! probiotic breakfast burrito.

With the recent news about a McDonald’s CEO taking a spot on the board of Beyond Meat, it’s easy to say Swette started the trend. Rather than just join another company, however, he started his own.

From his unique experience at the highest levels of the consumer goods industry, he was able to understand the problems with industrialized food production.

“I came to understand how much the making of and everything about food was so primary to the health of the planet,” he explains. “It was like a big epiphany that land, water, energy — you name it — were all linked to our agricultural processes which were a result of what we ate. I understood that this was not a good thing that we’re doing.”

Swette understands the historical context that led to today’s system. “I’m not one of these people that’s holier than thou. In the ’70s when I was growing up we were afraid people were going to starve — that there would be mass starvation,” he says. “Unfortunately we course corrected a little too well and we created this industrial food that’s not so hot. It’s just really, really wrong.”

He’s quick to say that he worked with some wonderful people in his years with major corporations. It’s the system and the culture — more than the people — that are the problem, he says.

“Culture doesn’t move that quickly, food habits don’t change that quickly. And food systems, when you think about how big a distributed system is — every part of a supply chain from crops being grown to how you dispose of food at a restaurant and everything in between. The systems don’t adapt as quickly.”

Overall, Swette feels that the industry needs to catch up with the consumer. Considering that Sweet Earth doubled its sales in 2015 (and is looking to double again in 2016), the company is meeting consumer demand.

“There’s so much resistance to change. I would say that the consumer has been ahead of the marketplace. It is so clear that the market has been changing. We’ve been going through a food revolution for 15 years but it’s getting to critical mass.”

Sweet Earth’s innovations will continue in the years to come, Swette says.

“We’re going to continue to make our products accessible on a national level. We’re going to try to make them more affordable; if you can make the plant-based proteins less than the animal proteins, that’s an advantage.”

With Sweet Earth products now in approximately 10,000 retail locations (including reasonably priced chains like Walmart, Target, Albertson’s, and Kroger), the company is on its way.

“We’re an enabler for people to make better choices. Our mission is to make this a part of everyone’s life.”