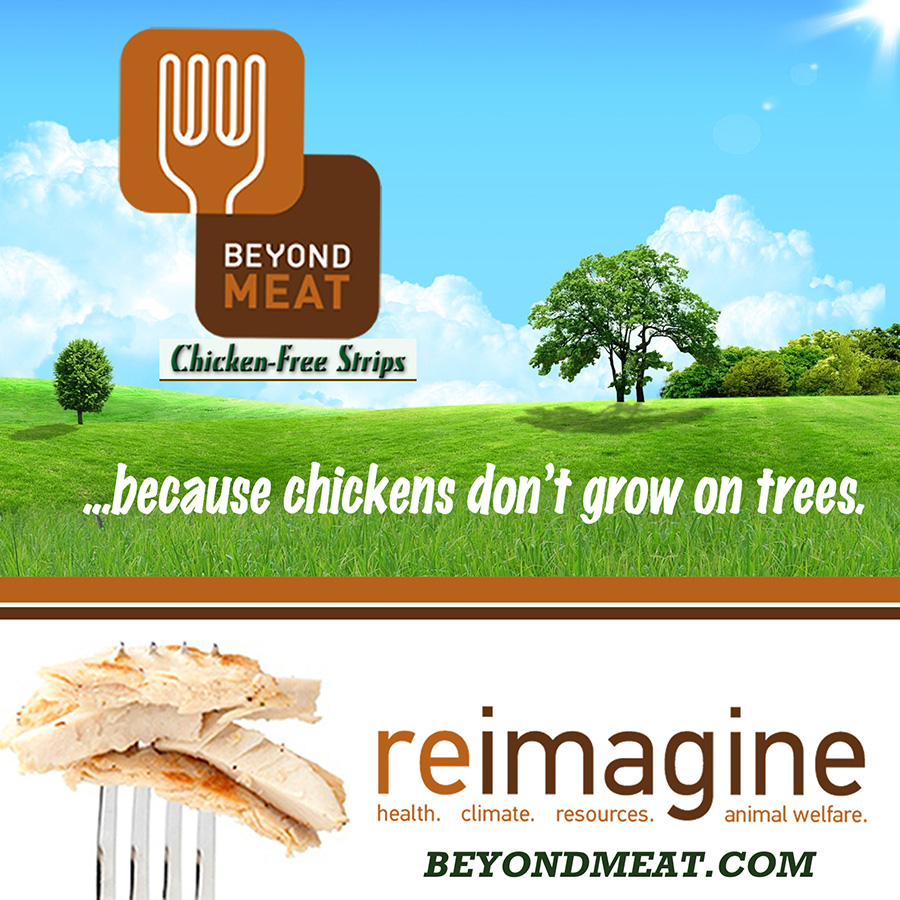 Former McDonald’s CEO Don Thompson is flipping a new type of burger — one made without meat.

Beyond Meat, a California startup that wants to replace beef and chicken with its vegan alternatives, says the longtime McDonald’s executive has joined its board. The company is part of a wave of startups that say they want to recreate foods like eggs and meat with plant-based ingredients, which they say are gentler on the environment.

Thompson’s teaming up with Beyond Meat comes after he stepped down as head of McDonald’s Corp. in March after nearly 25 years with the company. The departure came as the world’s biggest burger chain struggled with sagging sales and declining customer visits and sought to shake up its business.

As part of the separation with McDonald’s, Thompson agreed to extend his non-compete agreement to two years, according to a filing with the Securities and Exchange Commission. The agreement also said McDonald’s would pay Thompson $3 million for a year of his consulting services.

The work with Beyond Meat doesn’t interfere with Thompson’s agreement with McDonald’s, a McDonald’s representative said. Beyond Meat said Thompson, 52, was not available for an interview.

“We look forward to working with Don to bring our plant-based meats to consumers here in the United States and abroad,” Beyond Meat founder and CEO Ethan Brown said in a statement.

Beyond Meat, based in El Segundo, California, also appointed board member Seth Goldman as executive chairman. Goldman, 50, is the co-founder and CEO of Honest Tea, which is owned by Coca-Cola Co.