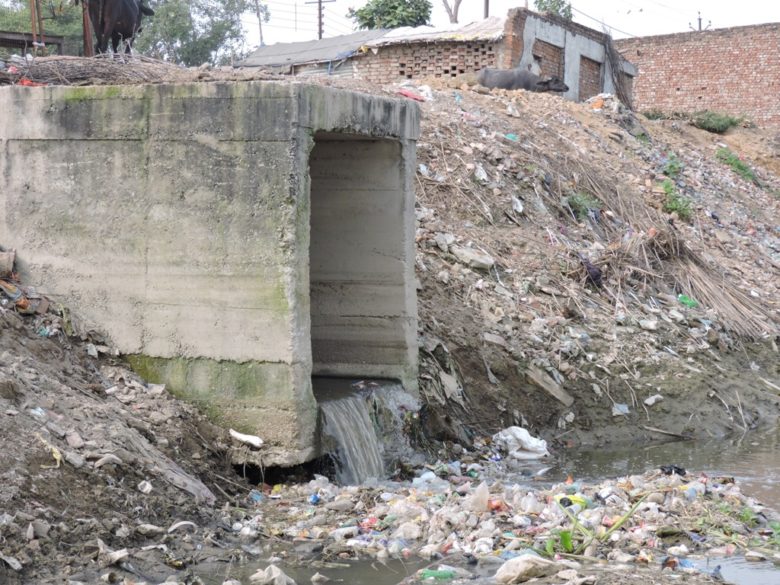 Thousands of fishes died in Yamuna due to chemical waste from vibrators, nickel plants, etc. but the administration is not ready to take any action till Diwali. These chemical waste contains cyanide, which is getting disposed directly in the river, which will continue tlll Diwali as the silver industry is at its peak this time of the year.

National Green Tribunal (NGT) had asked the city administration and Pollution Control Board to take action against pollution generating industries three weeks back. But the casualty of aquatic life due o chemical waste on Saturday revealed the reckless attitude and involvement of Government bodies with these industries.

City administration may call upon a meeting in the next two three days to take some action against the pollution making industries. But internal sources have revealed that the meeting will just be show-off. In reality, city administration is also involved with the silver industry which won’t be stopping their work till Diwali.

This time of the year is the peak time for the silver industry. As the demand for silver soars, industry is busy providing more and more silver to the market, for which nickel and cyanide is being used for polishing. This chemical waste was dissolved directly into Yamuna on Saturday killing thousands of fishes.

Pollution Control Board is pressurising the city administration to take action against these industries, but it seems like a mere formality as there is no action plan available for a longer period. NGT has already instructed the Pollution Control Board, Mathura DM and Municipal Corporation to act on the 134 illegal firms polluting the river. The list was provided by the petitioner Kanta Nath Chaturvedi, but no action has been taken yet by the city administration.

Shri Chaturvedi has said that he has also provided many evidences of the involvement of Government officers with the pollution making firms to the Nodal Officer and ADM (Recenue) Mr. Ravindra Kumar. If no action will be taken by the city administration soon, he will raise the issue again in NGT in the next hearing.