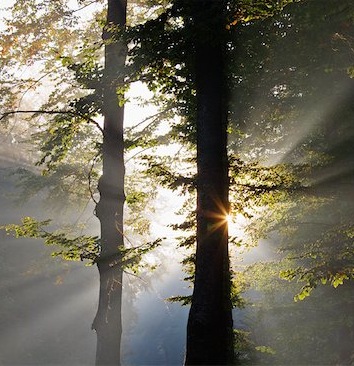 By Mark Edmundson originally published at The Chronicle of Higher Education.

It is no secret: Culture in the West has become progressively more practical, materially oriented, and skeptical. When I look out at my students, I see people who are in the process of choosing a way to make money and succeed, a strategy for getting on in life.

We’re more and more a worldly, money-based culture geared to the life of getting and spending, trying and succeeding, reaching for more and more. We are a pragmatic people. We do not seek perfection in thought or art, war or faith. The profound stories about heroes and saints are passing from our minds. We are anything but idealists. From the halls of academe, where a debunking realism is the order of the day, to the floor of the stock market, nothing is in worse repute than the ideal.

The passing away of our commitment to ideals should not happen without second thoughts. Young people, who have traditionally been the ones most receptive to ideals, should be able to choose. Do they want to live a wholly practical life in a practical culture? Do they want to seek safety and security and never risk being made fools of? Or do they perhaps want something else? Every generation should be able to hold its own plebiscite on the issue of ideals.

Courage, contemplation, compassion: These are the great ideals of the ancient world. And though their lights are dimming, there is still time to revive them, to examine them, and, if one is so moved, to bring them into one’s own life. Although their first exemplars — Homer, Plato, Buddha, Jesus — are male, the ideals are there for men and women alike, and for members of all races and every class. The warrior needs strength, yes; the thinker needs the chance to develop intellect. Those facts may eliminate certain individuals, though not as many as one might imagine. But the life of compassion, perhaps the most consistently rewarding of the ideals, is available to all of us.

Few will be able to adopt an ideal without reserve. There will always be some need for the protective armor of what I will call “self.” But even those of us most enclosed in self can expand our beings with the simplest acts of courage or compassion, or with a true effort at thought. And after that initial expansion, who knows what might befall?

In the early 20th century, Freud defended the integrity of the self against the blandishments of another state of being, which we might call the state of soul. Freud stands in the tradition of Montaigne, affirming the belief that the life of skeptical, humane detachment is the best way to live. Freud is an impressive polemical enemy of all the soul states. He deploys his intellectual energy and insight against compassion, romantic love (and the creative acts that might rise from it), heroism, and (with reservations) the quest for truth. Freud, we might say, is the great champion of self over soul.

The question of the great states of being, self and soul, is in danger of dropping off the map of human inquiry.

William Blake, Walt Whitman, and William Butler Yeats all write with visionary acumen about the tensions between self and soul, though the meanings they impart to the terms vary. For Blake we habitually exist in the state of self. We live for our personal desires; we want food, sex, money, power, prestige. We aspire to health; we want to live forever in the flesh, or for as long as possible. But we can also pass into another state, the state of soul. Then we live not for desire but for hope. We live for the fulfillment of ideals. The state of soul, when perfectly realized, is united, fully present, and in a certain manner exists outside of time.

Blake thought of the soul state as pre-eminently associated with poetry and the imagination. The soul state serves not only the individual who enters it but also others, who gain from lovingkindness, protection, inspiration, and the paths opened by true thought. But the state of soul is, as Blake also knew, dangerous. Those who pursue it are sometimes victims of ridicule, neglect, persecution, even of violent death. And not all claimants to higher states are to be believed and trusted — no end of deception has gone on in the name of ideals.

Maybe we are best off without ideals. Perhaps there can be something bleakly noble in affirming ourselves as fundamentally Darwinian creatures who live to sustain our existences with as little pain and as much pleasure as possible. But is that all there is to life? The question of the great states of being, self and soul, is in danger of dropping off the map of human inquiry. In its place there opens up an expanse of mere existence based on desire, without hope, fullness, or ultimate meaning. We can do better.

This article was originally published at The Chronicle of Higher Education, and is partially reproduced here without the permission of the author, who is not affiliated with this website or its views.