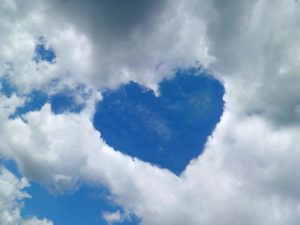 by Srila Bhaktivinode Thakura, From an article called, “The Temple of Jagannatha at Puri” published September 15, 1871.

We do not mean to say that reason is a foolish principle. On the contrary we do not find better admirers of reason than our humble selves. We hold that man’s superiority among all created beings consists in man’s possessing the noble gift of reason.

What we maintain is this, that independent of this noble principle there is another higher gift in man which goes by the name of love. Reason helps love to maintain its proper bounds in the spiritual world. Love often tends to degrade itself by exercising its function on objects other then God and converts itself into lust for women, wine, meat and gold. Here reason advises her to rise higher till she reaches her proper sphere above.

Thus we find that the object of reason is to help love and not to create it. Reason may be properly styled as the servant of love and must always be subject to her in all her hopes, aspirations, and holy works.

The rationalist on the contrary considers reason as all and all. This is a degradation of humanity. The progressive rationalist, on the other hand, believes in the principle of love, but attempts to make her the maid-servant of reason. This is another error. He makes spiritual love sometimes a prisoner in the jails of reason! Love wants to soar on her spiritual wings to a realm where the jailer (reason) cannot go and the latter is sure to tie up her wings for fear lest she goes to an unworthy place.

Love utters sounds of a spiritual character peculiar to herself, but reason, having no previous experience of it, mistakes it for a disease and administers medicine for her cure. Thus it is that the natural strength of the queen of our soul is crippled by artificial administration of the dry principle of reason and she rests in us as if a bird taken in a cage. Oh! What a havoc doth reason commit by abuse of his power. Oh! Shame to the Rationalist! God help the man!!

Theist take care of those among you who mix with you only by assuming the name of theist but are in fact rationalists of a very dry character. They are divisible into two classes; the designing and the dupes. The designing theist is he who is in fact a rationalist but by assuming the name of theist wants to degrade the sincere by his bad influence. He that calls himself a theist in order to get rid of the name of rationalist but still holds love in subjection to reason, is a dupe because he is unable to find out his own position. The sincere theist should however take care of both of them and preserve the sovereignty of love over reason and his comrades.