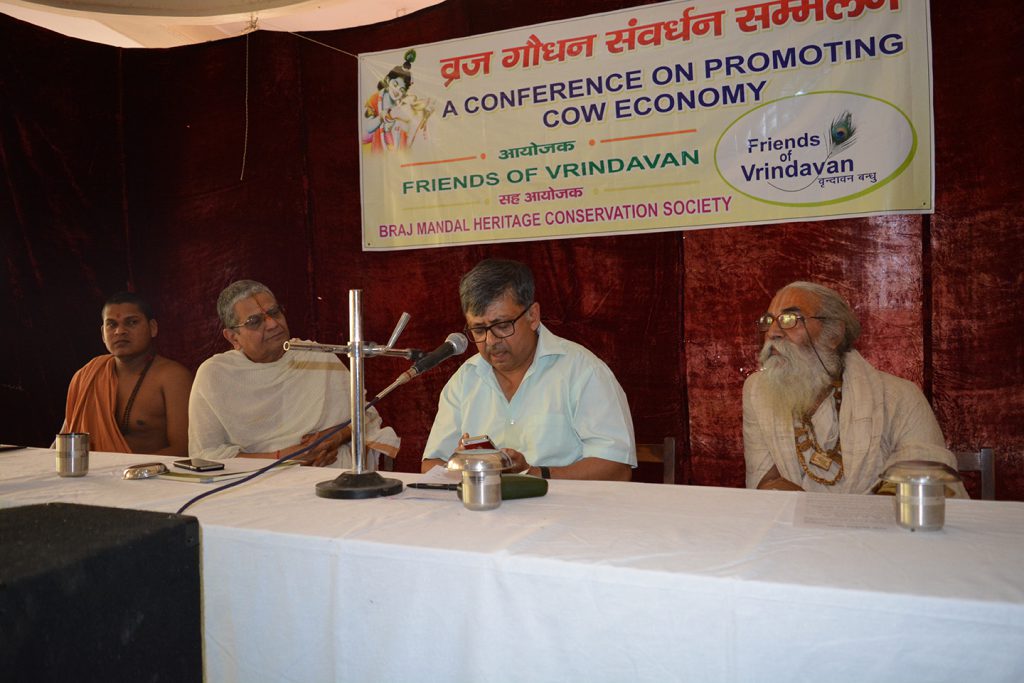 While the Brajwasis demanded to save the cow wealth of Vraja, the Divisional Commissioner, Shri Pradeep Bhatnagar promised to take all the necessary steps to protect the cows in the Mathura District by promoting the cow economy.

A conference held on Saturday at Jai Singh Gheara, to save the cow wealth and promoting the cow economy. The conference was organized by Friends of Vrindavan in which many goshala owners, local brajwasis, environmentalists, farmers and activists participated.

In his welcome speech, Acharya Shrivatsa Goswami threw light on the theme of the conference and stressed the need of protecting the pasture land for the cow grazing. He said, “The cultural disconnection with the tradition is the root cause of the distressed condition of the cows. The holy texts of Vaishnavism clearly state that only cow milk should be used for the abhishek of the deities.” Goswami ji further added, “The tradition of the cow based sustainable economy should be revived. Cow based sustainability is being practiced since the time of Krishna, as 56 kunds were built alone by Nand Baba in Nandgaon to facilitate the drinking water for the cows.”

Many other speakers also addressed the conference to point out the problems which the cows and the goshalas are facing today. They emphasized on protecting the cows from being stolen in the night and making the goshalas self sustainable.

The Divisional Commissioner advocated for the greater synergy between the traditional cow economics with the modern day technology. He said, “The cows dung (gobar) and cow urine which is abundantly available in the record numbers of goshalas of the Mathura District must be used for the organic farming. The cow dung can help regain the lost fertility of the land. The organic farming will be promoted to ban the use of the chemical fertilizers in the phased manner. The farmers of Mathura and Vrindavan will be encouraged to use the organic manure by producing the vermi – compost.”

Shri Bhatnagar felt that Vraja should be known for its cow economy. He said that the cow and their grazing pastures will not only be protected but urgent measures would also be taken to reclaim Yamuna flood plains for developing new grazing ground for the cattle.

“We shall contact various agencies for the marketing of the cow products, which will boost the cow economy. A committee would be shortly constituted comprising of the goshala owners, environmentalists and departmental heads to suggest measures and monitor steps taken to transform Mathura district as a model of sustainable based on cattle wealth and forest produce,” added Shri Bhatnagar. 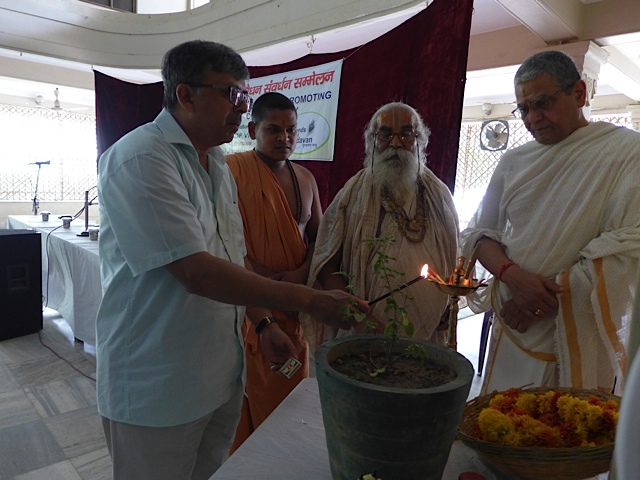