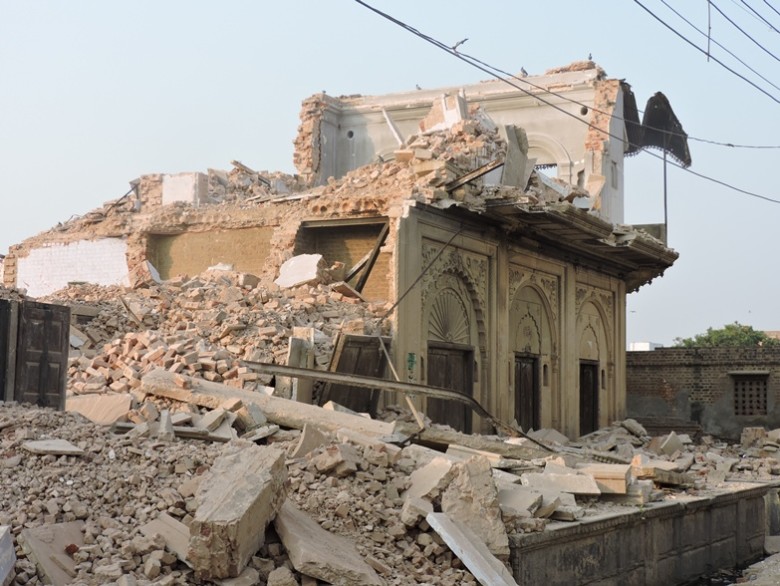 While on an errand to the central part of Vrindavan, I was shattered to see that the Mirzapur Dharma Shala has been torn down.

This was a historical place and even though it was more than 150 years old, you can see that the original building was quite charming. I am disheartened to see one of the 19th century haveli-style heritage buildings of Vrindavan being demolished so that a “modern” sterile five-story hotel can be put there, no doubt replete with neon lights and a glossy facade. 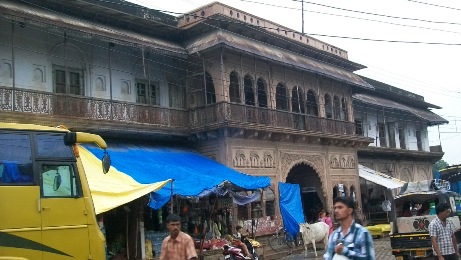 A history of this one place would likely be of great interest, as it was the largest such dharma shala in Vrindavan. It covered a expansive area and was capable of holding as many as 5000 people, albeit in conditions that were quite basic. It was situated near the train station, which made it an attractive site for poorer pilgrims. But many of Vrindavan’s saints are likely to have stayed there for a night or two on coming to the Dham.

“During the Vrindavan flood of flood of 1925, Pandit Baba was forced to take shelter in the Mirzapur dharma shala, but after six months fell seriously ill with malaria and was almost at the point of death. Seeing his condition, Kripasindhu Dasji was greatly distressed. In a dream he received a divine command from Lord Chaitanya and brought Pandit Babaji to Dauji Bagicha, the present site of the Vrindavan Research Institute. There he recovered and he and Kripasindhu began to concentrate on bhajan together.” 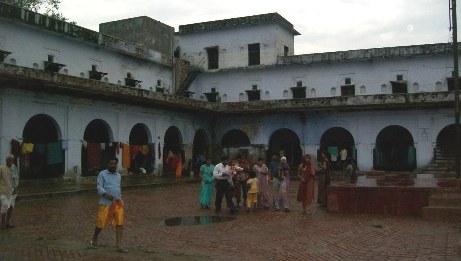 A portion of the Dharma Shala seen from the inside

It is a shame that heritage and historically important buildings like this one cannot be preserved in some way. In most European and even American towns with such buildings, certain rules are in place so that at least the beautiful facade is protected in order that the spirit of the town is preserved.

What is Vrindavan if it is just the same as every other Indian town, with the same kind of sterile modern architecture devoid of any relation to its cultural and religious context? There are many other such buildings in Vrindavan that are in even worse shape and are no doubt in the sights of developers. Rather than allowing them to be destroyed, we need to find ways of preserving and restoring them for other purposes. That should be the way forward.

If our local political leaders, such as Pradeep Mathur, Hema Malini and Mukesh Gautam, are so blinded by the glitter of development gold that they are incapable of recognizing what it is that makes Vrindavan unique, this holy place will eventually develop all the worst of an Indian tirtha’s flaws–where religion is just an excuse for separating gullible people from their money in exchange for baubles.

What is certain that it will cease to be attractive to those for whom Vrindavan has the most meaning: those who actually love Vrindavan for what it was and still can be. 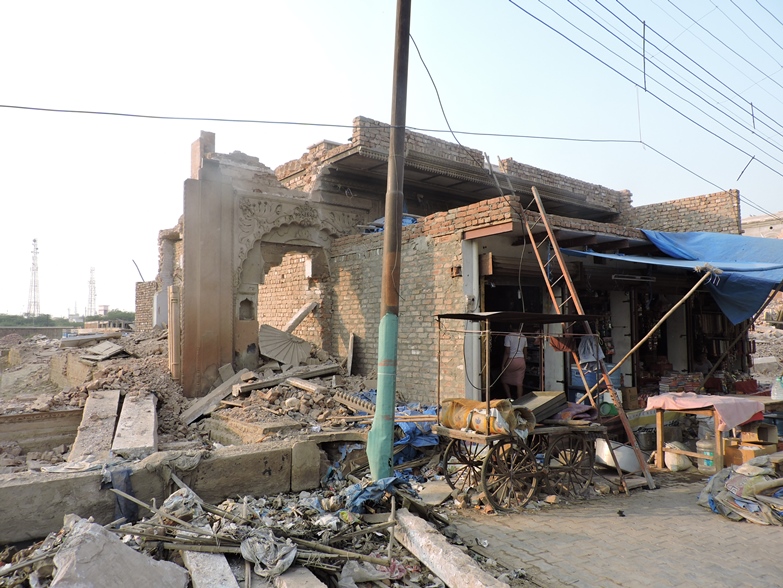