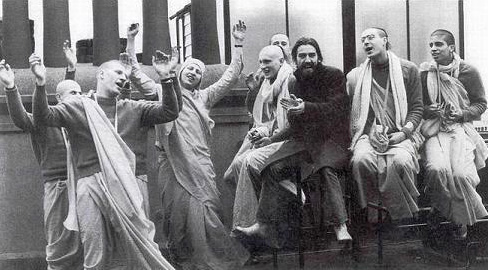 The George Harrison Memorial Garden at the Bhaktivedanta Manor Estate near Watford is now open to the public.

The Beatle – who passed away in 2001 – gave the site, formerly known as Piggots Manor, to the International Society for Krishna Consciousness in 1973 after becoming a follower of the Hare Krishna religion. Following Harrison’s death, a garden was created in his remembrance. His widow Olivia Harrison said: “I am grateful to the devotees for honouring George in the form of a garden. A manifestation in the material world of which he would be very proud.”

Olivia and gardener Monty Don will both attend the garden’s official opening. Don commented: “I am delighted and honoured to open the garden commemorating George Harrison at Bhaktivedanta Manor and that the public will be able to share George’s great love of gardening and deep spirituality.”

Temple leader Gauri Das added: “There is a deep spirituality in the lyrics of George Harrison, some through metaphor and others more direct. The garden reflects his spiritual journey, it is a mystical one and it correlates with some of the oldest sacred texts known to man. For us it is a tremendous honour that garden is opened on the 40th anniversary of Bhaktivedanta Manor, one of Britain’s most prominent temples and donated by George.”

Earlier this year, George Harrison and John Lennon received a Blue Plaque in London. The commemoration was at 94 Baker Street – the site of the Apple Boutique clothing shop, which was owned in the 1960s by The Beatles company Apple Corps Ltd. A plaque to Lennon was already on the site, but was replaced with one that also remembers Harrison.