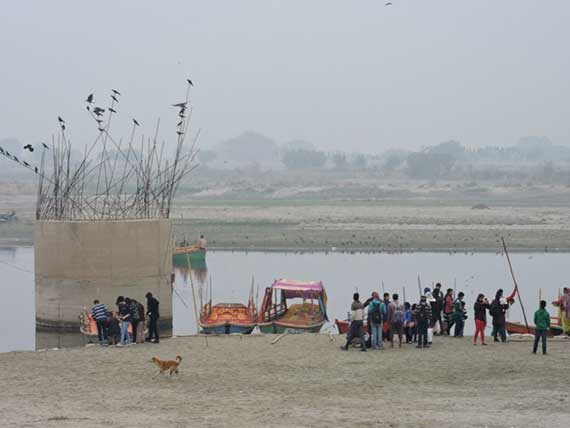 The state government’s plan to upgrade Mathura municipality to a municipal corporation has been revived after the urban development department asked the district magistrate to provide the relevant details for starting the project.

The project was stalled in between due to protests by activists, politicians and residents of Vrindavan, who expressed fear that Vrindavan’s unique identity will be destroyed if it is merged with Mathura to create a municipal corporation. Six villages of Govardhan will also be merged with Mathura under the new project.

District magistrate Rajesh Kumar said, “The urban development department has asked for relevant data, and other factual material, which we will shortly collect and send in the form of a compact disk (CD). We are open to suggestions on this issue.” He added that viewpoints of the people of Vrindavan will be considered while making the project report.

The residents of Vrindavan have been continually opposing the merger. Congress MLA Pradeep Mathur had met the urban development minister in Lucknow two weeks ago to oppose the merger and presented a memorandum to the chief minister.

Mathur had then said that senior bureaucrats had clearly him told him that the Mathura-Vrindavan merger would be abandoned.

However, now it seems that the ‘development-lobby’ has become active once again. Activists claim that developers have the most to gain through this merger and that they have succeeded in persuading the state government to speed up the project. Madhumangal Shukla, an activist, said the Mathura Vrindavan Development Authority (MVDA) had begun construction of a bridge, not to cross the river, but parallel to. Historic ghats have been pushed back or destroyed for the sake of this bridge. “Luckily, judicial intervention has stalled the construction for the time being, but for how long?” he said.

Acharya Shrivatsa Goswami, a champion of Vrindavan’s heritage, said, “Even the British had respected the unique identity of Vrindavan, which has a special status in mythology and Sri Krishna lore.”