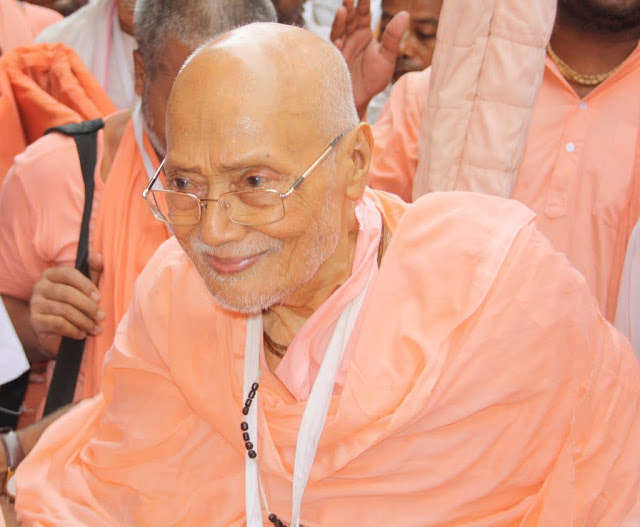 One year near Christmas and New Year’s Day, I observed everyone exchanging cards and gifts, so I thought I would make one card for Guru Maharaj (Srila B.B. Tirtha Goswami Maharaja) and decorate it with birds. He opened the card, and I had written something inside.

In shyness, I told him, “You don’t have to read what I have written.”

I felt happy that he spent time looking at the birds that I drew, and he was touching them with his sweet hand and then kept that card on his table. After three or four months, I got an opportunity to serve him inside his room, and to my great surprise, I saw that this card was still there!

This reminded me of how I had once heard a devotee describing one incident in which a mataji had been standing quietly next to Gurudeva while clenching onto a one rupee coin. There were many wealthy devotees around also, but they were offering big stacks of rupee notes and opulent gifts.

She felt shy to offer such a small thing to Gurudeva, but He saw inside her heart and extended his hand to grab the coin from mataji.

I also felt that he did not see my gift as insignificant, so he still kept my card on his table.

I felt in my heart, “Guru Maharaj, I am your smallest son, and you have kept my card on your table.”