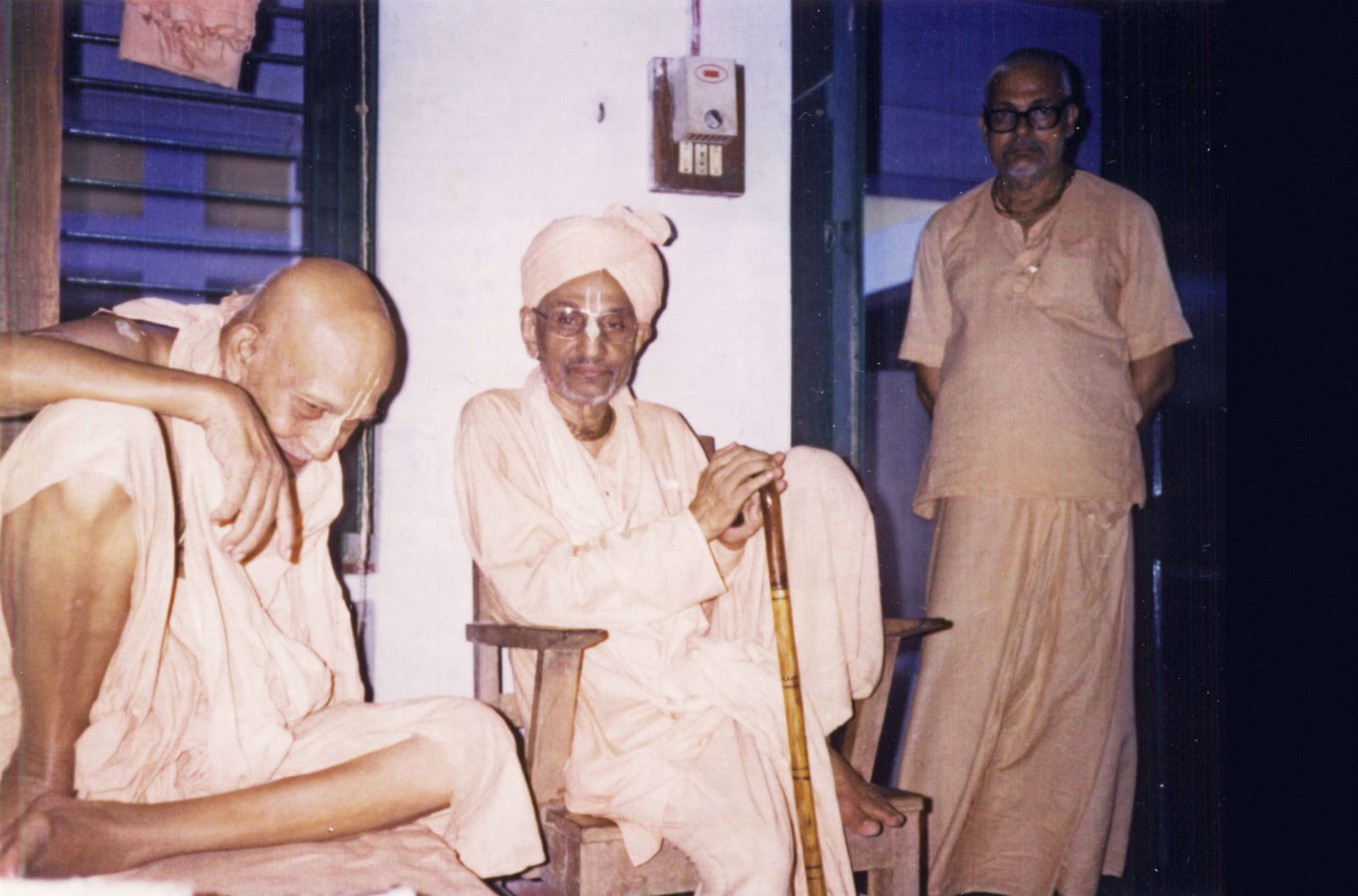 We observe many types of jivas around us. A jiva is a conscious being: jivati iti jivah, that which has life is a jiva. They have been divided into five categories, namely, those whose consciousness is (a) covered, (b) stunted, (c) budding, (d) blossoming and (e) fully blossomed.

Non-moving beings such as trees and stones have covered consciousness: they are able to feel, but not act. Animals and birds have stunted consciousness because, unlike stationary beings, they can move from one place to another and have a more evolved level of awareness. Nonetheless, they lack the ability to differentiate between good and bad. Being ignorant and unable to discriminate, they live fully under the direction and control of material nature.

The consciousness of jivas in the human species of life is either budding, blossoming or fully blossomed. Such jivas can be further divided into three groups: immoral atheists, moral atheists and moral theists. Immoral atheists lack faith in either moral principles or the Supreme Lord. Moral atheists do not accept that God exists independently of morality. In other words, they consider Him to be subject to the rules of ethical conduct.

Moral theists, by contrast, fall into two categories: hypothetical theists and true theists. The hypothetical theist tries to understand the Supreme Lord by speculation, as illustrated by the statement sadhakanam hitarthaya brahmano rupa-kalpanah. In other words, he believes that God has no form or qualities and tries to meditate upon Him solely by relying on his own imagination. The true theist, however, is quite different. He knows that God’s form and qualities are eternal, and he performs his sadhana, or practices to attain perfection, with that conception.

What Are the Sense Objects?

A conscious entity will have a basic tendency of the heart that is either material or transcendental. Sri Prema-vivarta outlines the history of our material proclivity, which is extremely difficult to rid oneself of:

“As soon as the living entity misuses his independence by becoming indifferent to Sri Krishna and desiring to enjoy the objects of the senses, then the illusory energy, which is very nearby, ensnares him.”

The root cause of our material tendency is forgetfulness of the Supreme Lord, Sri Hari. This forgetfulness awakens within us the impetus to enjoy our senses, thus dragging us very far from the Supreme Lord. The sense objects do not consist of money, a large house and so on, but of (a) form, (b) taste, (c) smell, (d) sound and (e) touch. Our five knowledge-acquiring senses, namely, the eyes, tongue, nose, ears and skin, are engrossed in form, taste, smell, sound and touch, respectively. Thus they are intimately connected with these five functions.

When combined together, these five objects of sense gratification manifest for a man as the form of a woman and, for a woman, as the figure of a man. The mutual desire between a man and woman is insatiable.

“Those who are attached to materialistic life become blind to spiritual life, and they thus bind themselves to the cycle of repeated birth and death by the actions and reactions of their activities.”

The living entity’s plight, which arises from his natural affinity for sense enjoyment, is like that of a man tirelessly pursuing a mirage he has come to cherish deeply. Such living entities who chase the objects of the senses cannot judge whether the mirage they are pursuing will actually fulfill them or merely end up deceiving them. In this world, everyone is actively furthering his own selfish motives. But the society of intellectuals should ask itself whether or not perfect happiness can in fact be found when both they who seek it and they who claim to be able to offer it are themselves unfulfilled. By seeking mutual sense gratification in this world, people only suffer misery:

“Sri Krishna: the living entity has been captivated by material nature from a time without beginning. Therefore, the illusory energy inflicts upon him all kinds of suffering in his material existence.”

Curing the Fever of Material Existence

The living entity who is indifferent to the Supreme Lord is so tightly bound by maya, the illusory energy, that he can never free himself. Therefore, Sri Bhagavan has said (Bhagavad-gita 7.14):

“Only by surrendering unto the Supreme Lord can one remain aloof from maya”, which blinds one with the passion for sense enjoyment.

Clouded by maya, the living entity becomes so influenced by the modes of material nature that he considers sense gratification to be the most desirable goal, even though it brings him only distress. He is unable to find any happiness despite his pains:

“The living entity considers the mere absence of distress to be bliss. Real happiness cannot be found in this material world, as it does not lie in sense gratification.”

Srimad-Bhagavatam (9.4.20) states, kamam ca dasye na tu kama-kamyaya, Maharaja Ambarisha desired only to serve the Supreme Lord, without any self-interest. One should similarly aspire to be the eternal servant of Sri Krishna, without using this position as a means to satisfy one’s material ends. Srila Bhaktivinoda Thakura writes:

“I am indeed Yours, and You are truly mine. What need is there of any other treasure?”

Unless we attain such a realization, we remain intoxicated by the desire to enjoy the objects of the senses, a condition that is extremely difficult to cure. Srila Bhaktivinoda Thakura says:

“I pray that I may develop as much attachment for Your auspicious feet as I now have for worldly affairs.”

If by good fortune we develop as much attachment for the Supreme Lord as we now have for the objects of the senses, our desire for sense enjoyment will be eradicated and we will cross the ocean of birth and death. Our state of bondage has existed since a time without beginning, and is quite impossible for human intelligence to undo. It can be unravelled only by associating with sadhus, realised souls:

“The verdict of all revealed scriptures is that even a moment’s association with a sadhu can award all perfection.”

Although such sadhus are our greatest well wishers, we prefer to keep our distance from them, let alone actually associate with them. We know that their association will subdue our desire for sense enjoyment, making it impossible for us to enjoy the objects of the senses.

Everyone is controlled by the desire for sense enjoyment, whether he be a householder or a renunciant. If a person has not yet clearly defined his ultimate goal, accepting household life and renouncing the world are both quite useless. We must become one-pointed in trying to attain the Supreme Lord. This is indeed the sadhana, spiritual practice, of a devotee.

In Sri Caitanya-caritamrita (Madhya-lila 8.69), it is said:

“Varieties of food and drink make one feel very happy as long as there is hunger and thirst within the stomach.”

We find that we are unable to relish food if we are not hungry or thirsty. Similarly, if the hunger to attain love for the Supreme Lord has not arisen in our hearts, how can we become inclined to engage in activities that lead us to Him. In any case, our one-pointed objective must be to make sincere endeavours to accept what the community of saintly persons has given us and is giving us still. Indeed, it has been said:

“Besides sadhu-sanga and krishna-nama I do not need anything to live in this world.”

Sri Gaurahari has instructed the living entities through His own life’s example that the holy name is our only objective (sadhya) and our only practice to achieve that objective (sadhana). He has shown us that all our desires can be fulfilled by taking shelter of the Lord’s holy names.

Those whose minds are deeply engrossed in the sense objects, who are uninterested in developing affection for Sri Hari and who wish to spend their lives solely in trying to enjoy their senses, can never find relief from the continual hankering for sense gratification.

“The desire to gratify one’s own senses is lust (kama), but the desire to please the senses of Sri Krishna is love (prema).”