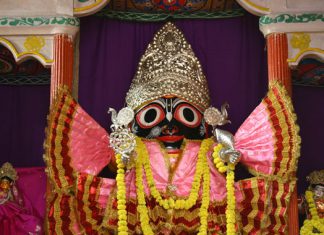 Before taking sannyas, Sri Chaitanya Mahaprabhu asked one of His devotees Srila Jagadish Pandit to go to Nilachala to preach Krishna-bhakti and the religious practice of the age, Sri Harinama-sankirtan. The son of Sri Nanda Maharaj, Sri Krishna and the son of Sri Jagannath Mishra, Sri Gaurasundara, are the same supreme divinity as Lord Jagannath.

When Srila Jagadish Pandit arrived in Sridham Puri, he went for Lord Jagannath’s darshan and melted with love when he saw Him. On his way back to Bengal, however, he felt extreme separation from Lord Jagannath. Thousands and thousands of people go on pilgrimage to Puri every single day. All of them take darshan of Lord Jagannath, but how many of them are overcome by feelings of separation when returning home? Perhaps once in a while some fortunate individual is able to feel such emotions. If one truly feels such pangs of separation, then this is a sign of Lord Jagannath’s mercy; if not, then one has not truly received the grace of the Lord. 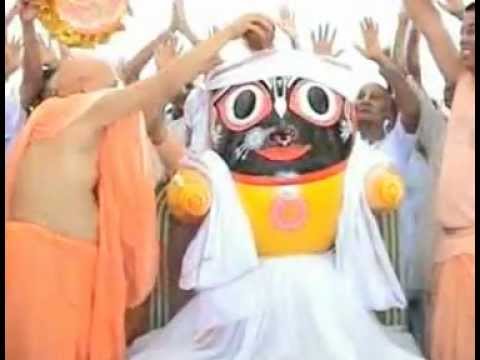 Chakdaha is a historical site and an ancient holy place. During the Puranic age, it was known as Rathavarma. Sri Pradyumna killed the demon Sambara there during Sri Krishna’s avatar at the end of the Dvapara age and thus it was known as Pradyumna-nagar. Prior to that, when Sri Bhagiratha was bringing down the Ganges in order to save the Sagara dynasty, the wheel of his chariot got buried here. Thus the town was also given the name Chakradaha, which in time has been corrupted into Chakdaha.

When the local people heard that the Lord Jagannath from Puri had come to stay in Yashora, they flocked there in thousands to seek His darshan. Srila Jagadish Pandit then decided to remain in Yashora rather than return to to his home in Mayapur.