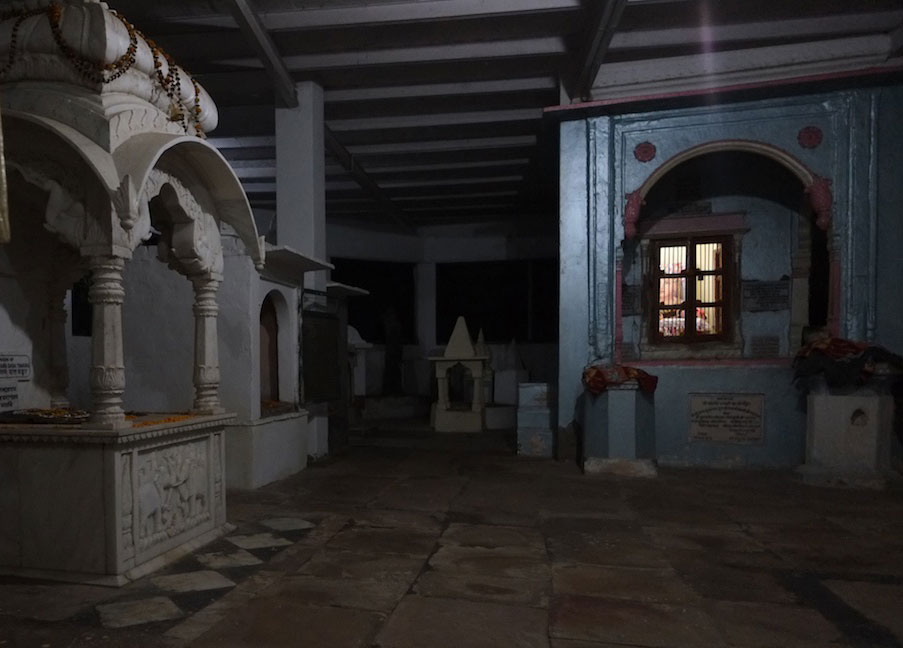 Srila Lokanath Goswami constantly traveled through Braj, ecstatically visiting the various holy places where Sri Krishna had engaged in His pastimes. Once, he came to Khadiravana. Then he visited Kishori Kund near the village of Umarao by Chatravana. He was so impressed by the beauty of the site that he stayed there for some time to do his bhajan in isolation. After being engaged in this way for some time, he developed a deep desire to worship Srimati Radha and Sri Krishna in the deity form.

The Supreme Lord knows the desires of His devotees and feels Himself obliged to fulfill them. He came personally to give Sri Lokanath a deity, telling him that the name is Radha Vinod before disappearing. Srila Lokanath was astonished to see the deity and then filled with anxiety at the thought that the Supreme Lord Himself had come and gone. But Sri Radha Vinod cast His sweet glance on Srila Lokanath and said to him, “I live here on the banks of Kishori Kund in the village of Umarao. I saw your eagerness to serve Me and so I came here Myself. Who else would have brought Me to you? I am very hungry. Quickly prepare something for Me to eat.”

When he heard these words, tears began to flow from Srila Lokanath’s eyes. He quickly started cooking for Sri Radha Vinod and then made an offering which the deity ate with great satisfaction. He then made him a bed of flowers upon which he placed Him, fanned Him with branches and joyfully massaged his feet. Srila Lokanath devoted himself in body, mind and soul to Sri Radha Vinod.

He wondered where he would keep the deity, and decided to make a large bag which became Sri Radhavinod’s temple. He kept his worshipable Lord constantly close to his heart like a necklace. This attracted the people of Braj to Srila Lokanath and they wanted to built a house for him and his deity, but he refused. He was so renounced that he accepted nothing other than what he absolutely needed for the deity’s service.

After spending some time at Kishori Kund, Srila Lokanath came to Vrindavan. 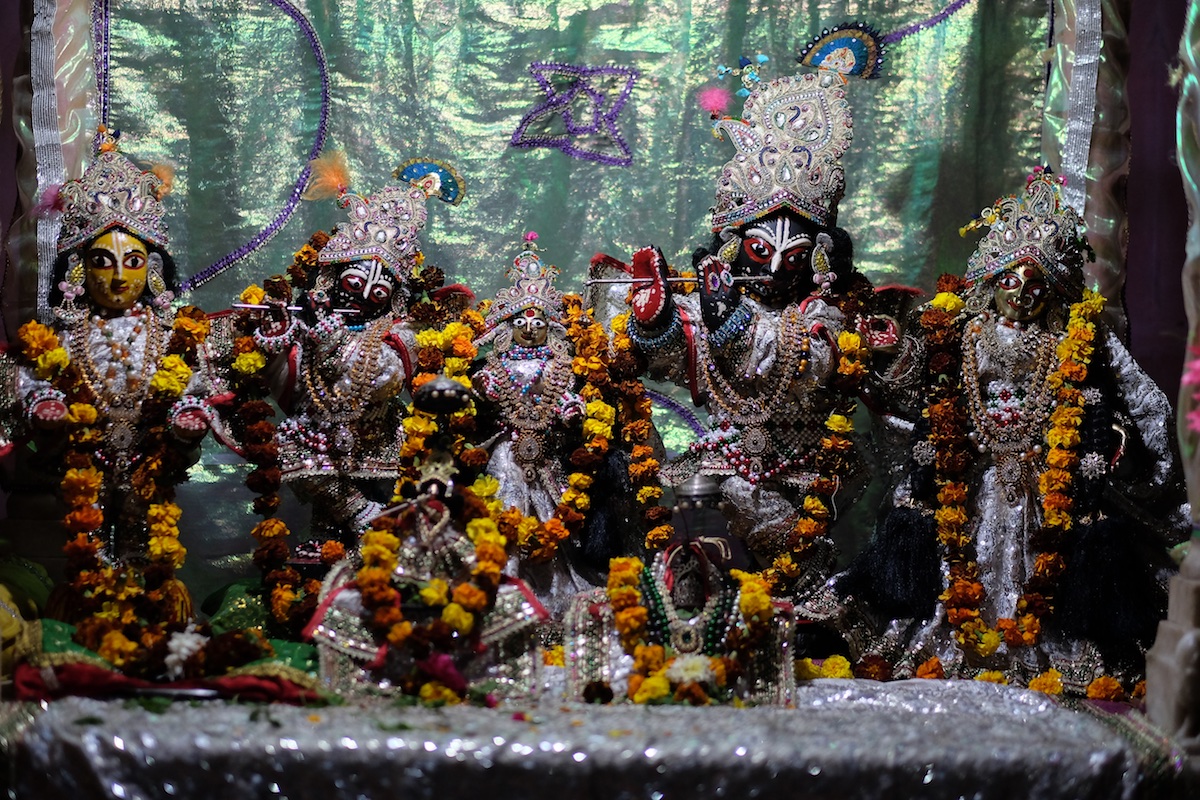