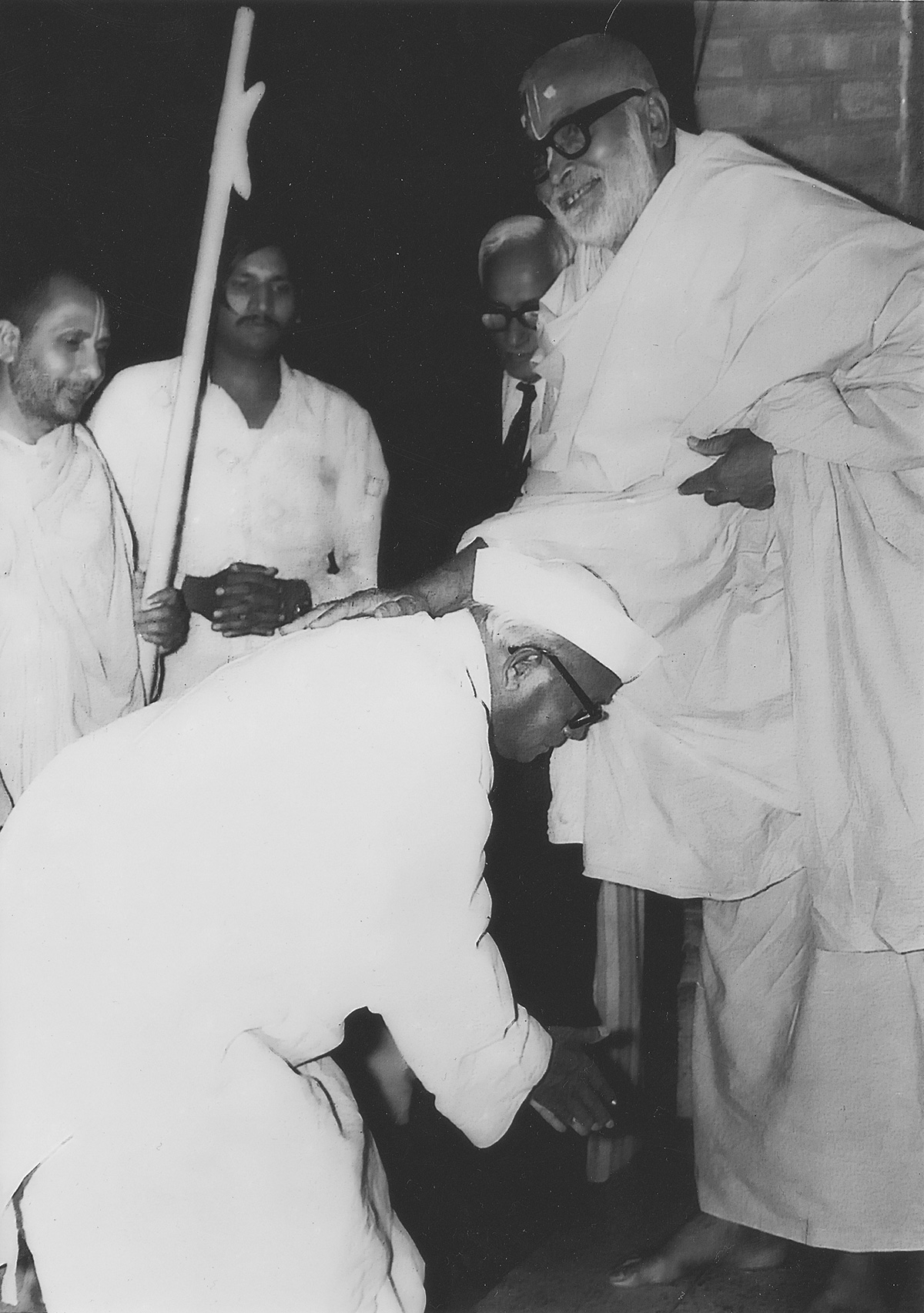 ‘Srila Madhav Maharaj is referred as ‘Srila Gurudeva’ in the following texts.’

During His preaching engagement, Srila Gurudeva spent a few days in the Assamese capital, Guwahati. Through the efforts of Sri Krishna Keshava Brahmachari and Sri Chinta Haran Patgiri, He had the opportunity to meet many of Assam’s leading citizens and preach to them. Amongst these people were Assam’s chief minister, Sri Gopinath Bardalai, Sri Durgeshwar Sharma, Sri Kumudeshwar Goswami, and others.

Arrangements were made for Srila Gurudeva to speak on the Bhagavatam at the Chief Minister’s house. The people who came there to hear Him speak the pure doctrines of the Bhagavatam were enchanted. One day after Gurudeva’s lecture, Sri Gopinath Bardalai came to him with great enthusi­asm and praised his explanation of siddhanta. He said, “Upon hearing your Bhagavata-explanation, I am convinced that your objectives and those of Mahatma Gandhi are the same. You give so many examples from scriptures and explain everything logically, and then you tell people to chant the names of Supreme Lord Krishna. Gandhiji also ends his speeches­, in which he talks about so many different things, by engaging everyone in ‘Sri Ram Nam dhun.’ So both of you have the same goal—to make people chant the names of God. I don’t see any difference between your messages. What do you think of this opinion?”

Srila Gurudeva recognized that Sri Gopinath Bardalai had great faith and affection for Him. He did not wish to disturb his mind by saying something that would hurt him, so He decided to instruct him according to his level of understanding. He said, “If you don’t mind, then I will tell you what I think.”

The Chief Minister said, “I have been illuminated by all your valuable instructions. I have never heard such a learned discourse on the Bhagavatam from anyone else before. How could I mind if you say anything at all for my benefit. Speak freely and say whatever you wish to say.”

Srila Guru Maharaj then said, “Before I entered the Math, I used to take part in the Independence movement. Sri Gandhi’s Sabarmati Ashram used to publish an English newspaper called Young India, which I often read. I remember once that Gandhiji told his audience in a speech that he was ready to abandon even the chanting of the Holy Name for the sake of his country. As far as I can remember, his exact words were, ‘I can even sacrifice Rama-dhun for my country.’

“We, on the other hand, say exactly the opposite: ‘We can sacrifice our country for Sri Rama-dhun’, ‘we can sacrifice anything for the Supreme Personality of Godhead.’ Our worshipable Lord Ram is not there for us and our ends. Everything exists for Him. Western philosophers have defined the Absolute by saying, ‘The Absolute is for itself and by itself.’ We do not have an ‘it-god’. Our Lord is the Supreme Person, the ‘He-God.’ So we prefer to say, The Absolute is for Himself and by Himself.’ The unlimited universes come out of Him, they exist within Him and they are maintained by Him. So their existence is uniquely to fulfill His ends. If anyone wishes to worship the Lord, he must have a prop­er theological understanding.”

Sri Gopinath Bardalai was so influenced by Srila Gurudeva’s powerful personality that he told Him that he want­ed to abandon householder life and live in the Math, dedi­cating his entire life to the service of the Lord. Unfortunately, his associates would not let him leave politics. Not long afterward he died and so was never able to do as he had wished. Politics are so entangling that once one has gotten involved in them, it is very difficult to extricate oneself. 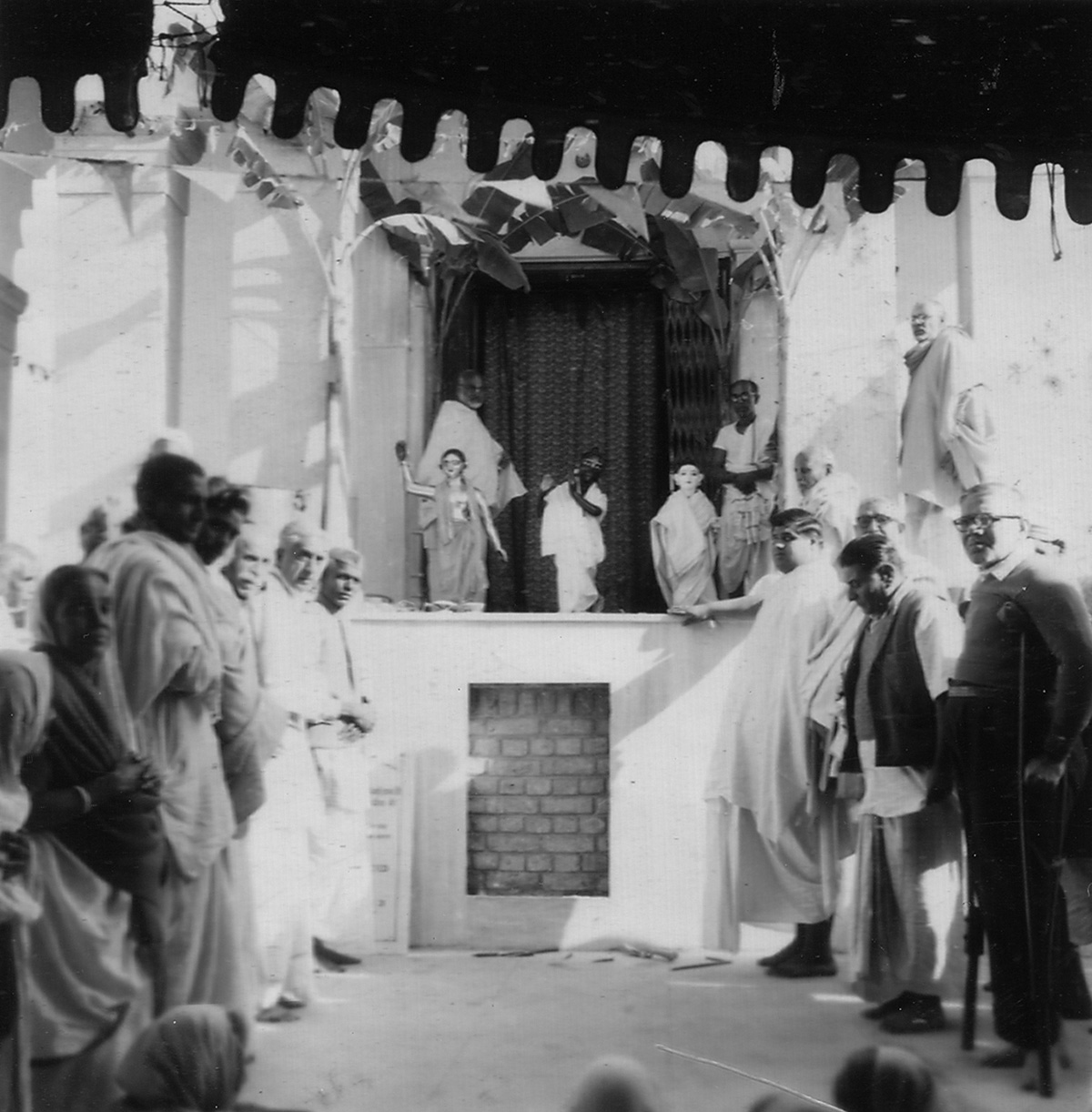