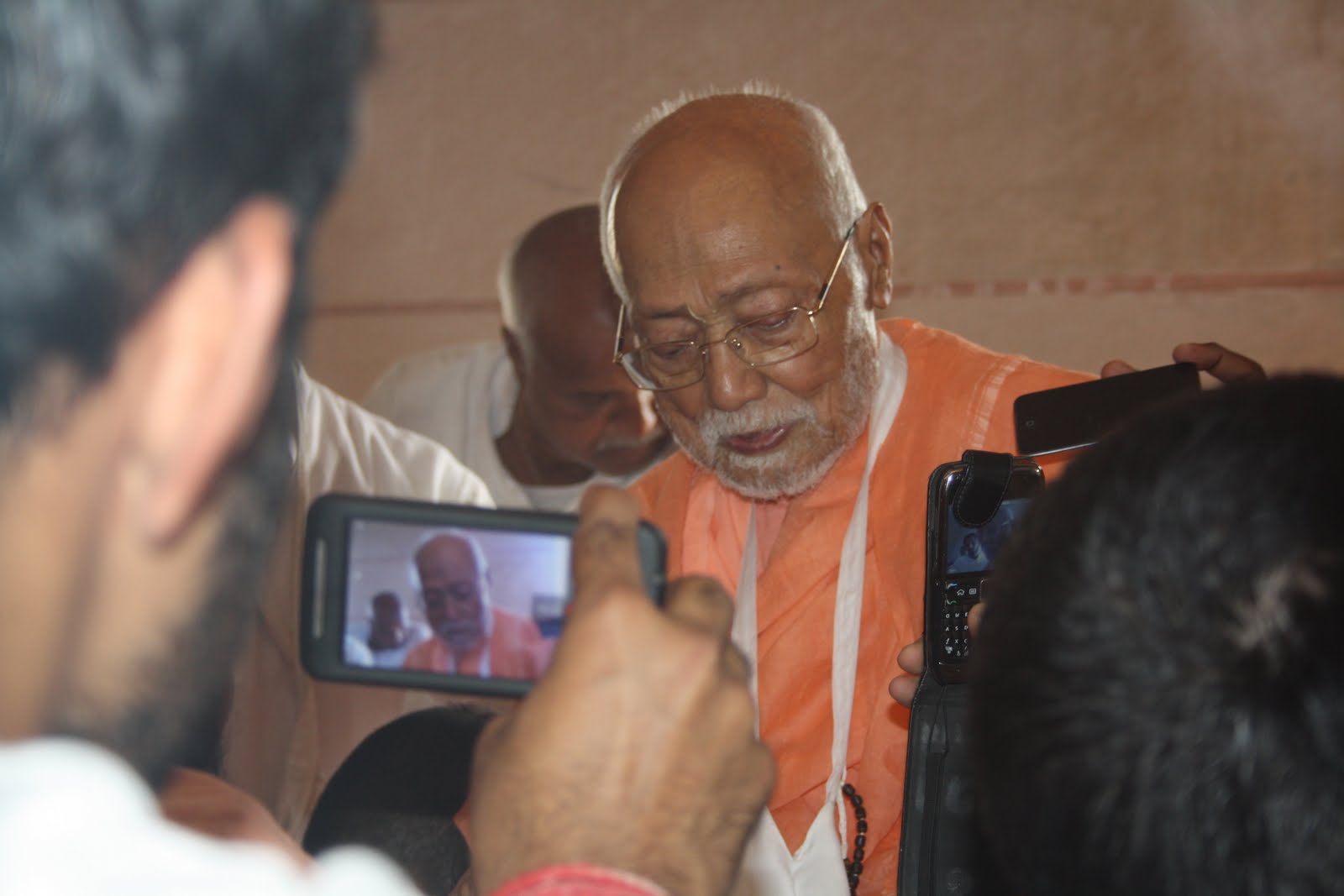 In 2005, I decided to visit Jagannath Puri for Rath Yatra. It was my first visit to any Math after Harinam. The first thing I did was to equip myself with a film SLR camera anticipating interesting moments and visuals. Every year from then on, the camera accompanied me – so much so that most of the time, I used to take snapshots more than actually participating.

In 2010 or 11 I was staying in Mumbai. A few devotees wanted to purchase a camera for the Math seva, and, supposing I knew a bit about cameras, I accompanied them along for the purchase. Some research was done, and we picked up a Canon SLR and a couple of lenses.

Soon after that, we went off to Jagannath Puri. We were excited for the visit. It was during Rath Yatra, and Srila Gurudeva was there for some days.

A special darshan was organised for the Mumbai devotees. We walked in and offered pranams. As usual, I was holding the camera and shooting from many angles. At some point, I went closer to become part of the light conversation that was taking place. I showed Guruji the camera and the many pictures I had taken. Guruji smiled and looked at me directly. There was gravity in the tone of his voice as he spoke.

Waving his hand towards his heart, he said, “You should capture it in your heart. That is more important.”

Some understanding began on my part after that. I have not bothered to carry the camera since then on, despite participating in many festival occasions. But, I still await the day when I can capture Him in my heart.