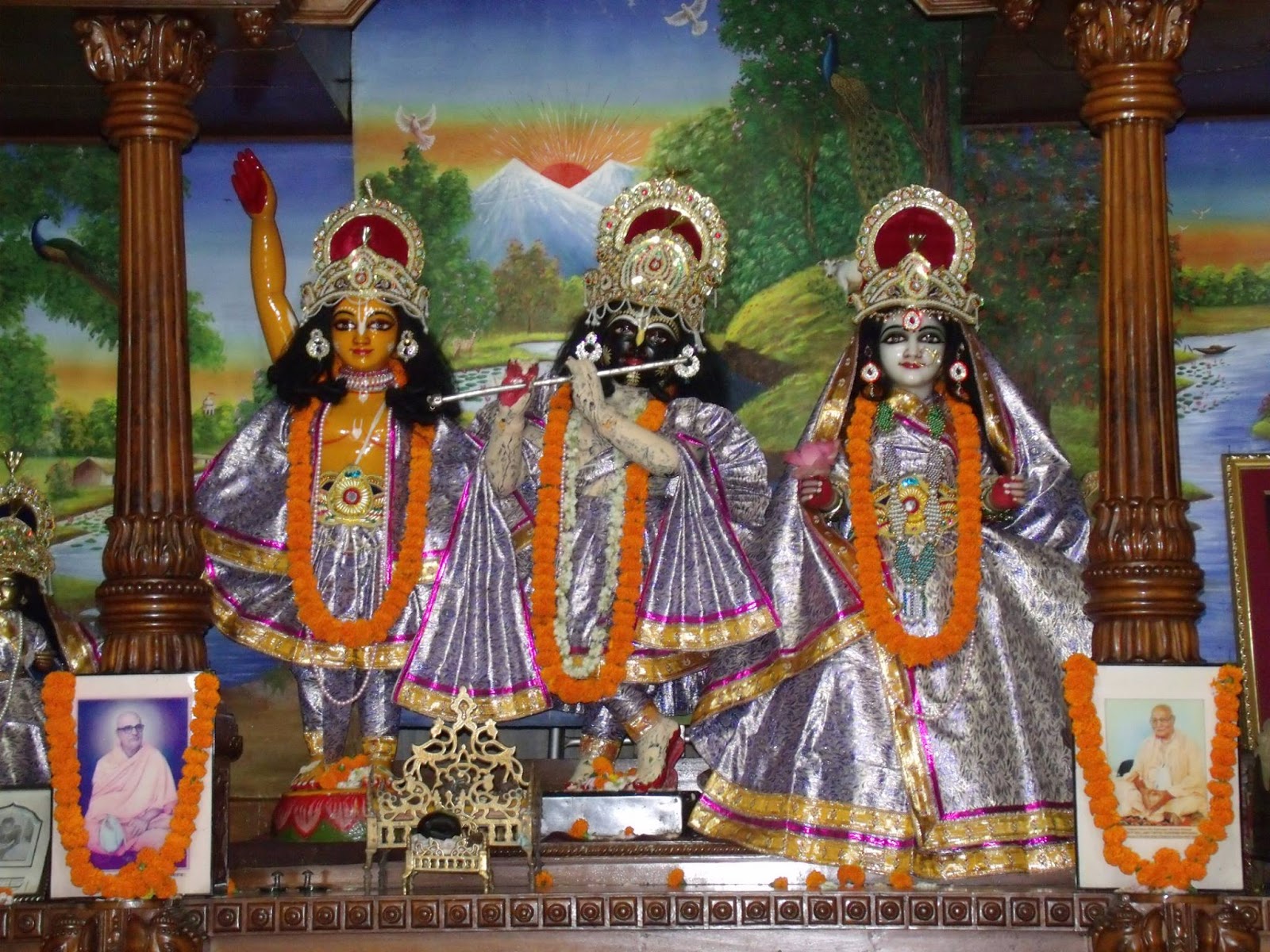 One year when Sree Chaitanya Gaudiya Math was located at Rasabihari Avenue in Kolkata, there was a terrible drought. There were many hungry people throughout West Bengal. As nothing can detract a pure devotee from their commitment to devotional service, Param Gurudeva continued to observe the 5 day Annual Janmastami Function as usual.

With folded hands, many of his disciples requested Him to announce that there would not be a festival for Nanda Mahotsav the next day. Many could not even imagine how it could be possible at all, as they had checked and observed that the storehouse was completely empty.

As a pure devotee constantly engaged in devotional service, Param Gurudeva’s bliss was never limited by the fear of material lack. While the faces of others were traced with lines of worry, He only smiled.

“Tomorrow is the Utsav Festival of Nanda Maharaj. After so long, he finally got a son. He is giving utsav to all for this..Because it is a festival given by a personal associate of Supreme Lord, Sri Krishna will take complete responsibility. He will make all the arrangements.”

That Janmastami night, one brahmachari was nervously pacing on the verandah. He was lost in the thoughts of how to solve this problem and follow his Gurudeva’s order.

Just then, he glanced down and noticed a huge truck overflowing with sabzi, rice, dal, and even a giant supply of leaf plates and bowls. it didn’t even occur to him that it could actually be for the math. He went down and asked if the delivery wala needed to locate some address as he seemed to be lost.

“Is this Sree Chaitanya Gaudiya Math?” he asked. As the reality of the miracle of what was happening began to unfold in the brahmachari’s mind, his joy knew no bounds. He cried out to others and they together they ecstatically unloaded the gift that was undoubtedly sent from the spiritual world. Many math vasis stopped resting when they heard the shouts of joy and good news. Everyone was celebrating.

The person who donated the supplies was never identified or revealed. It is a mystery to this day.

As the news spread that the festival would go on, a huge crowd of people rushed to the math. Everyone who wanted to celebrate that day were warmly welcomed and all were fed prasadam to their heart’s content. It was a completely jubilant atmosphere; a celebration in the truest sense. There was never one like it before, and will never be again.

This is just one of the many examples in the life of Param Gurudeva where Lord Himself intervenes on behalf of the pure devotee, as He cannot allow any of their words remain unfulfilled.