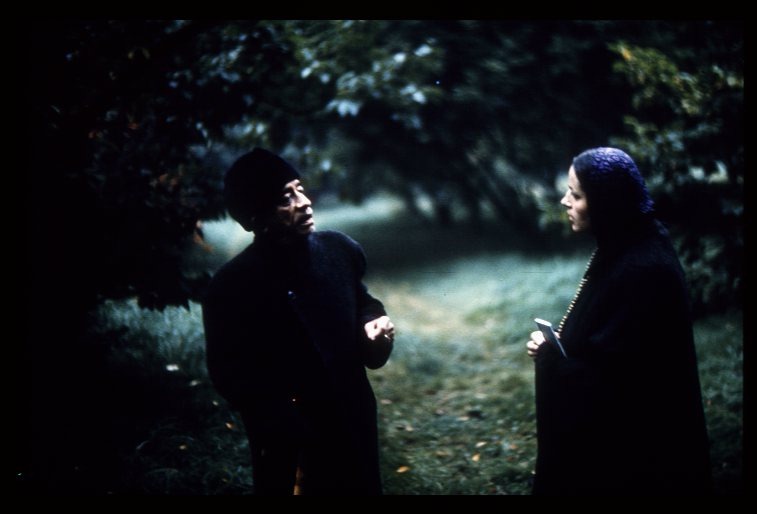 With spiritual fasting, you may not make headlines,
but you’ll make headway on the path back to Godhead.

What do Mahatma Gandhi, Dick Gregory, Jane Fonda, Norman Mailer, Bolivian dissidents, British suffragettes, and Irish revolutionaries have in common? Well, for one thing, at one time or another and for one reason or another, they’ve all fasted. Materially their fasting was somewhat successful, whether it was undertaken to free India from British domination, turn public opinion against the Vietnam War, lose weight, win amnesty for political prisoners, get the right to vote, or what have you.

But how about spiritually? It’s not that merely by starving we’re sure to make spiritual progress. A lot depends on our purpose. Fasting for some political purpose my help us reach some political goal. But the Vedic teachings direct us beyond such goals. Fasting, say the Vedic scriptures, is meant to help us control the mind and senses so we can advance in spiritual realization; it’s not for any other purpose. This may sound like a hard-nosed, shortsighted viewpoint, but before we make a hard-nosed, shortsighted judgment, let’s take a closer look.

Say I’m overweight and want to whittle away some extra pounds. (In Western countries, losing weight is the most common reason people fast.) And say I summon my utmost determination and fast to shed those extra pounds. Still, I don’t solve the problem that made me overweight to begin with: poor eating habits. So I’m much like the proverbial elephant who bathes thoroughly in a river and then emerges only to roll on the muddy riverbank. What is the use of such a bath? Or, as Judith Dobrzynski says in the last sentences of her book Fasting, a Way to Well-Being: “It is always better to eat a well-balanced, moderate diet and to practice good living habits to ensure good health. There are no shortcuts to that goal.”

The material goals achieved by fasting are like everything else material: temporary and limited. India is free of British rule, but it is not free of daily economic, political, and social crises, nor of drought, floods, poverty, and all the ills that accompany industrialization. The Vietnam War is over, but other wars are flaring up regularly. Similarly, you may regain your health by fasting, but for how long? Disease is an inevitable part of material life.

But a transcendentalist’s fast is entirely different: his goals are neither temporary nor limited. He doesn’t begin his fast with a press conference to alert the public, nor does he step on the scales daily to see his pound-down progress. He doesn’t even long for the day when he can once again enjoy apple pie a la mode without remorse or guilt. In fact, the most advanced transcendentalists fast inadvertently they actually forget to eat!

For such advanced souls, this forgetfulness is the result not of severe self-abnegation but of spontaneous pure love of God. For instance, Uddhava, a great scholar and a devotee of Lord Krsna, is described like this in the Vedic classic Srimad-Bhagavatam: “He was one who even in his childhood, at the age of five years, was so absorbed in the service of Lord Krsna that when he was called by his mother for breakfast, he did not wish to have it.” Similarly, Lord Caitanya’s foremost disciples, the six Gosvamis, were so absorbed in devotional service and remembrance of the Lord that they also neglected eating.

We can understand this preoccupation to a small degree. Sometimes we get so caught up in a novel or TV show that even when someone calls us it doesn’t register; it “goes in one ear and out the other.” But we can’t imitate the ecstasy of Krsna’s great devotees whose attention is so absorbed in the Supreme Lord that they forget to eat.

For those of us who are not on this exalted platform of spontaneous devotion to the Lord, the scriptures mention specific observances that will help us come to this platform. As far as fasting goes, we fast on the appearance days of the Lord and His empowered representatives, and on Ekadasi. (Ekadasi is the eleventh day after each full moon and the eleventh day after each new moon.) On these days we try to concentrate our attention and energy on transcendental activities hearing about and discussing Krsna consciousness and to minimize our bodily demands. In other words, the goal is spiritual advancement, self-realization.

There are different ways to observe Ekadasi. You may fast the entire day; you may eat only fruit; you may eat only fruit, milk, milk products, and root vegetables (such as potatoes, beets, white radishes, and peanuts) that are very simply spiced. But most commonly, devotees observe Ekadasi by abstaining from all grains and beans. In other words, they avoid rice, wheat, corn, string beans, peas, dals (soups made from dried beans), and spices that have been mixed with flour, like asafetida.

Although Ekadasi is not difficult to follow, the results, materially and spiritually, are most beneficial. For one thing, this kind of fasting is good for your health, and it saves food too. (If Ekadasi were generally observed, tons of food could be saved for people who really need it.) Besides that, this simple austerity helps us become religious. The Brahma-vaivarta Purana, one of the oldest scriptures known to man, states, “One who observes Ekadasi is freed from all kinds of reactions to sinful activities and advances in pious life.” On the other hand, even if you’re a world-famous politician or a top-ranking comedian, if you sacrifice eating simply for material reasons your sacrifices are denigrated by Lord Krsna: “Sacrifices performed without faith in the Supreme are nonpermanent. They are useless both in this life and the next” (Bg. 17.28).

Here are a few simple Ekadasi recipes you can try for Krsna’s pleasure. To find out when the next Ekadasi is, look on page 31.

This mild-tasting, velvety-smooth chutney has an outstanding flavor and is an excellent raw-food dip for fresh vegetables. Mixed with a little yogurt, it makes an excellent salad dressing.

1. Combine all the ingredients in a blender and blend for 30 seconds. Stop the motor, scrape the mixture down toward the blade, cover, and blend another 15 seconds. If necessary, add a little more water to insure a smooth puree.

2. Transfer the chutney to a small bowl and offer to Krsna immediately. Covered, the chutney will keep in a refrigerator for up to 2 days. Since the chutney will thicken when it sits, before serving add a little water until it returns to its original creamy, moist consistency.

This halava is a fluffy, sweet pudding with a texture akin to that of mashed potatoes. Prepared without grains, it is a quite popular dessert served on Ekadasi fasting days.

1. Combine the milk and sweetener in a blender, cover, and blend for 1 ½ minutes. Remove and add the powdered spices.

2. Heat the ghee in a 2-quart saucepan over a medium flame, sprinkle in the sifted flour, and slowly stir-fry for about 8 minutes or until the flour is lightly browned.

3. While stirring the flour-and-ghee mixture with one hand, slowly pour in the sweetened milk, and then cook until the liquid is fully absorbed and the halava’s texture is light and fluffy.

4. Dish the halava into individual serving bowls or one large serving bowl and garnish with the chopped nuts and raisins. Offer to Krsna hot.

This is perhaps the most classic of all Ekadasi potato preparations.

1. Peel the potatoes, cut them into 1-inch cubes, steam until tender, and cool.

3. Drop in the chunks of potato and gently toss and roll them in the seasoned yogurt. Set aside and marinate for 15 minutes.

4. Heat the ghee or vegetable oil in a heavy 10-inch frying pan over a medium to medium-high flame until a haze forms over the surface. Add the potatoes and salt, and then stir-fry until the potatoes form a golden crust. Offer to Krsna hot.

1. Wash the potatoes, peel, cut into 1-inch cubes, and steam until tender. Do the same with the bananas and colocasia root.

2. Mash together or puree chunks of potato, banana, and colocasia root. Then place in a bowl and knead in the salt, pepper, chilies, and lemon juice. Now knead in the flour until the dough is smooth.

3. Divide the dough into 12 smooth, round balls. Heat the ghee or oil in a deep frying vessel until the temperature reaches 350 F (use a frying thermometer). Slip in 6 balls at a time and fry, gently turning, until they are evenly cooked to a deep-reddish color. Remove with a slotted spoon and fry the remaining balls. Offer to Krsna piping hot.