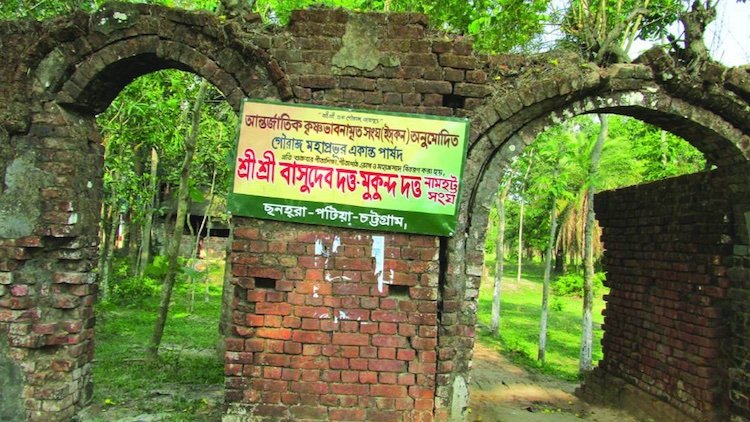 Gundas (thugs) attacked a temple at the sacred birthplace of Sri Chaitanya Mahaprabhu’s associates Vasudeva Datta and Mukunda Datta in Chittagong, Bangladesh in the middle of the night on July 8th, brutally injuring the ISKCON devotees who were staying there.

One devotee, Jagadjiban Das, was the victim of a particularly vicious assault, and is hovering between life and death.

Local police are working on the case and trying to apprehend the perpetrators.

The attack is being erroneously reported by various anti-Muslim/rumor-based websites as both a Muslim and a terrorist attack. This misinformation is also being spread throughout Facebook.

“This is not an attack by Muslims or terrorists,” he says. “The land of Vasudeva and Mukunda Datta’s birthplace was donated by the landlord to ISKCON. ISKCON devotees were staying there and doing puja. Land mafia wants this land, so they sent some gundas who attacked our devotee in the middle of the night.”

“The misunderstanding about this temple attack shows how careful we must be about forwarding or exaggerating things we pick up online,” adds ISKCON’s Communications Minister Anuttama Das. “In this age of instant communications, its easy to get the facts wrong, and inflame passions between people and communities.

“There have been communally motivated attacks on Hindu temples in Bangaladesh, and that is a terrible thing. But, the media, as well as Internet users should be cautious to not make things worse by failing to examine the facts carefully.”

Meanwhile, devotees around the world are requested to pray for Jadjiban Das and the other devotees in Chittagong as they try to recover from this traumatic experience.