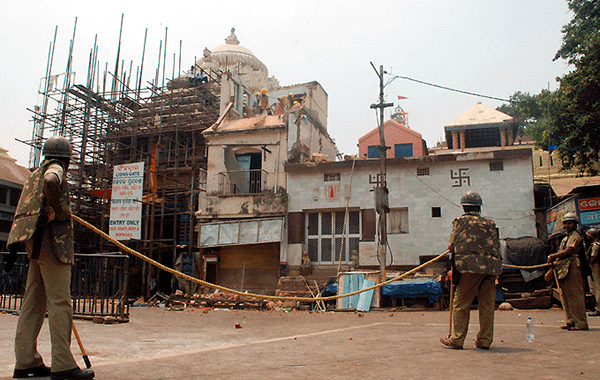 Armed with an Orissa High Court order, the Jagannath Temple administration in Puri on Tuesday started the process of demolishing portions of a building close to the entrance of the 12th century shrine.

The HC on March 21st gave order to pull down part of the three-storey building of Pratihari Nijog (office of a priests' organization) to ensure safety and security of the temple. The HC observed that the building was a structural threat to the entrance (Lion's Gate or Simhadwar) of the temple. Besides, the artworks enshrined on the Jagannath Temple wall were concealed due to the presence of the building, the High Court further observed.

"We pulled down some portions on Tuesday. The demolition drive will continue for a few more days," Puri sub-collector Uddhab Charan Majhi said. Experts from the Archaeological Survey of India (ASI), custodian of the Jagannath Temple, supervised the demolition process to ensure that no damage was caused to the main temple.

As per the High Court's direction, there will be a clear gap of 10 feet between Pratihari Nijog building and structure of the Lion positioned at the shrine's main entrance (Simhadwar). Similarly, a gap of 10 feet will be maintained between the Nijog building and the Meghanad Pacheri (outer boundary wall of temple) and the Gumuta (top portion of the Lion's Gate). The Court also ordered that the height of the Pratihari Nijog building cannot exceed five metres. However, the Court gave some relief to the Pratihari Nijog by saying that they can make an appeal before the Chief Administrator of temple seeking allotment of another piece of land for their office.

Last year the Pratihari Nijog had moved the High Court, challenging the decision of the Jagannath Temple administration to demolish its building. The Nijog representatives had on July 22, 2012 opposed an attempt by temple administration to demolish the building. They had staged demonstration in front of the temple, demanding protection of the heritage building, which they claim to have owned since 1889.

Recently the Puri district administration demolished portions of Badachhata mutt and Chhauni mutt, located on either sides of the temple entrance, on security grounds. But encroachment around the outer wall (Meghanad Pacheri) of Jagannath Temple continues to pose a threat, as the district administration is struggling to evict unauthorized vendors from the restricted area. 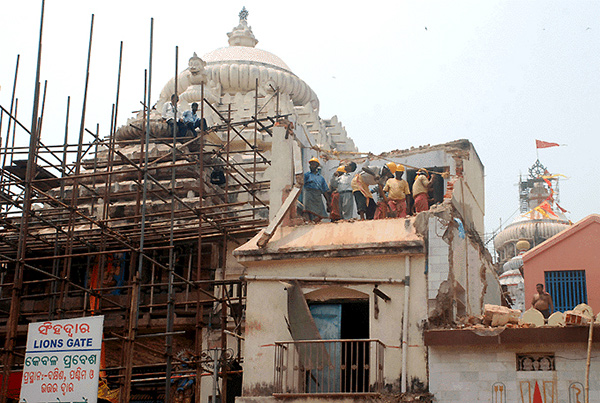