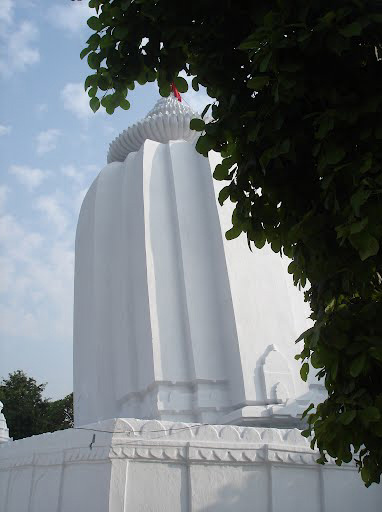 Bordered by the dusty villages and open countryside, Huma village is located on the bank of the river Mahanadi, 23 km south of the city of Sambalpur. Huma is a famous Shiva temple in the district of Sambalpur and the abode of Lord Vimaleswara. Hundreds of devotees flock the shrine everyday for visiting the Deity. However, the prime attraction of the place is a strange leaning temple that makes the shrine so unique. Nobody knows whether this structure is leaning by design or by default. One interesting fact is that while the edifice leans, the pinnacle of the temple is perpendicular to the ground. Amazingly, all other structures in the premises like the Bhairabi temple, Bhubaneswar temple, Aruna Stambha, Kapileswar temple and newly constructed Jagannath temple and Hanuman temple are also leaning. In fact, almost everything within the temple complex is slanting!

Lord Vimaleswara is considered as the prime Deity of a chain of eight Shiva-Lingas (Astasambhu) of the region. The other Shiva Lingas are Kedarnath of Ambhavana, Biswanath of Deogaon, Balunkeswar of Gaisama, Maneswar of Maneswar, Swapneswar of Sorna, Bisweswara of Soranda and Nilakantheswar of Nilji. The Shiva Linga (a cylindrical stone considered as emblem of Lord Shiva) of Huma is believed to have a natural origin cropped from the under-ground. The temple itself is dated to the 16th-17th Century.

The shrine is built over a rectangular platform of 200 ft length and 120 ft width. The main temple of Lord Vimaleswar is clearly inclined towards the North-east side i.e. the river side. Due to the strange inclination, it is often compared with the Leaning Tower of Pisa of Italy. The surprising thing is that while the main temple is tilted to one direction, remaining small temples are tilted to other directions. Within the temple complex everything is found to be in a tilted condition, including the boundaries. According to the popular belief, the angle of inclination has remained constant over the last 50 years.

The reason for the shrine having a leaning structure is not known. Some scholars believe that the architect deliberately made a leaning design from the beginning in order to safe-guard the temple from the violent currents of the two rivers, i.e. Mahanadi and Dhulijore during the flood in monsoon. This is why different structures are made leaning to different sides. This theory also explains why the degree of tilting remains unchanged all these years, and does not grow, as in the case of the other renowned tilting structures including the Leaning Tower of Pisa.

Others hold the view that the temple gradually inclined over the years due to the depression of the foundation towards the riverside because of the impact of flood waters. Given these controversies surrounding the cause of inclination, one often wonders how the temple stands stable in spite of its inclination.

This is based on a simple principle in science called the 'center of gravity' (c.g.). The 'center of gravity' of a body is an imaginary point where its entire mass is assumed to have been concentrated. The force of gravity acts through this point that creates its weight. Stability of bodies depends on the position of this point. As long as the vertical line passing through this point remains confined within the base area of the body, the body stands stable. If this line goes beyond the base area, the body becomes unstable. For this line to remain within the base area, and hence, for the stability of the body following two conditions are to be satisfied: i) The 'center of gravity' should lie as low as possible; and ii) the base area should be broader. These two criteria for stability of bodies appear to have been taken into account in the design of the temple to achieve the inclination.

Heavy stones brought from nearby quarries possibly in rafts in the river Mahanadi during the floods might have been stacked on the lower side of the temple, accounting for the lowering of c.g. (the temple is not quite high). The broad base area of the temple (200 ft x 120 ft) adds to its further stability.

The exact degree of inclination of the temple is to be measured precisely from time to time and any change over time is to be carefully ascertained, to ensure appropriate conservation measures. 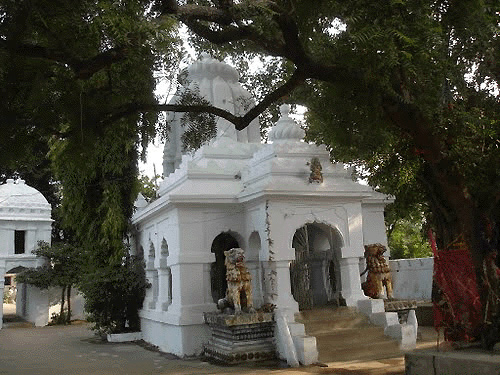