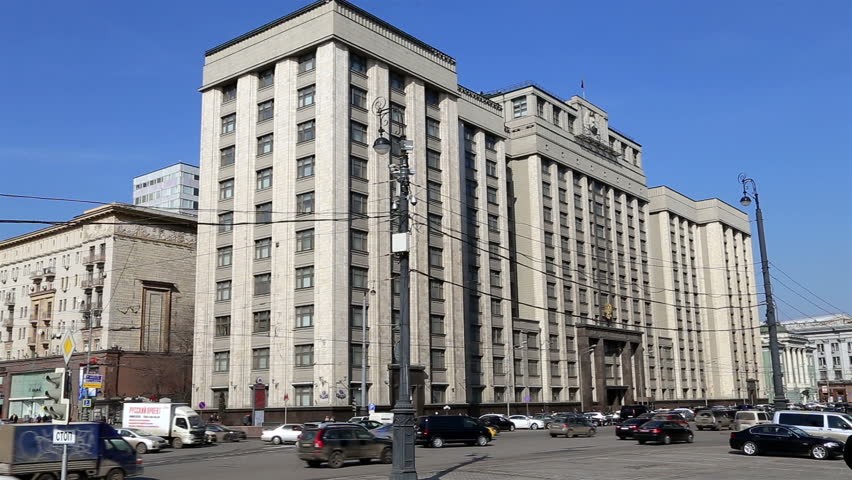 We are praying to Lord Jagannath to resolve difficulties presented to the preaching in Russia by a new law about ‘missionary activity’ (which isn’t finalized yet). Please join us in Kirtan-prayer for the Lord’s mercy to resolve this situation in a mutually beneficial way – so the government can prevent terrorism, and devotees can carry on with Harinamas, book distribution, namahattas – our usual preaching work.

This law affects all religious organizations in Russia. If law gets passed in the way it’s written now it will not be possible to preach anywhere outside registered premises (temple), not even in personal apartment… also can’t invite more than one foreign preacher at a time, with permission; can’t preach in public places – this can be interpreted as tightly as if you great your friend in ‘religious way’… if found ‘guilty’ of that – must pay huge fine, really heavy…

Now only special people in special places will be allowed to preach, and it will be illegal to preach certain ideas.

If the legislation is passed, missionary activity would be off limits to anyone but the representatives of registered organizations and groups, and individuals who have entered into formal agreements with such bodies. When preaching, every missionary must carry documents with specific information proving their connection to a registered religious group. Lawmakers want to ban any kind of missionary activity in residential areas, except prayer services, ceremonies, and sacramental rites. Foreign missionaries will only be able to operate in the regions where their inviting organizations are registered.

The authorities want to ban the dissemination of certain religious concepts, too, such as ideas believed to promote extremism, discourage receiving medical care, encourage surrendering property to religious organizations, and so on. Violating these prohibitions would risk steep administration fines as high as a million rubles (more than $15,000).

The human rights center “Sova” says the amendments to Russian laws about missionary work threaten not only unregistered religious groups, but also the organizations that are already registered (namely, churches belonging to Protestants and newer Christian sects). Even some Russian Orthodox missionaries could encounter problems, Sova warns.

Legislation which passed the Russian legislature and awaits President Vladimir Putin’s signature could ban private citizens from sharing their faith with others, Christianity Today reported on Wednesday.

Should the new law go into effect, citizens wishing to share their faith will have to “secure a government permit through a registered religious organization, and they cannot evangelize anywhere besides churches and other religious sites,” according to the evangelical Christian magazine. “The restrictions even apply to activity in private residences and online.”

“If passed, the anti-evangelism law carries fines up to US $780 for an individual and $15,500 for an organization,” Christianity Today said. “Foreign visitors who violate the law face deportation.”

“Soviet history shows us how many people of different faiths have been persecuted for spreading the Word of God. This law brings us back to a shameful past,” evangelical leaders warned Mr. Putin in a letter according to Christianity Today. The magazine noted that a mere 1 percent of Russia’s population is believed to be Protestant Christian.

Christians in Russia won’t be allowed to email their friends an invitation to church or to evangelize in their own homes if Russia’s newest set of surveillance and anti-terrorism laws are enacted.

The proposed laws, considered the country’s most restrictive measures in post-Soviet history, place broad limitations on missionary work, including preaching, teaching, and engaging in any activity designed to recruit people into a religious group.

To share their faith, citizens must secure a government permit through a registered religious organization, and they cannot evangelize anywhere besides churches and other religious sites. The restrictions even apply to activity in private residences and online.
This week, Russia’s Protestant minority—estimated around 1 percent of the population—prayed, fasted, and sent petitions to President Vladimir Putin, who will have to approve the measures before they become official.

“Most evangelicals—leaders from all seven denominations—have expressed concerns,” Sergey Rakhuba, president of Mission Eurasia and a former Moscow church-planter, told CT. “They’re calling on the global Christian community to pray that Putin can intervene and God can miraculously work in this process.”

Following a wave of Russian nationalist propaganda, the laws passed almost unanimously in the Duma, the upper house, on Friday and in the Federation Council, the lower house, today.

“If this legislation is approved, the religious situation in the country will grow considerably more complicated and many believers will find themselves in exile and subjected to reprisals because of our faith,” wrote Oleg Goncharov, spokesman for the Seventh-day Adventists’ Euro-Asia division, in an open letter.

Proposed by United Russia party lawmaker Irina Yarovaya, the law appears to target religious groups outside the Russian Orthodox church. Because it defines missionary activities as religious practices to spread a faith beyond its members, “if that is interpreted as the Moscow Patriarchate is likely to, it will mean the Orthodox Church can go after ethnic Russians but that no other church will be allowed to,” according to Frank Goble, an expert on religious and ethnic issues in the region.

Russian nationalist identity remains tied up with the Russian Orthodox church.
“The Russian Orthodox church is part of a bulwark of Russian nationalism stirred up by Vladimir Putin,” David Aikman, history professor and foreign affairs expert, told CT. “Everything that undermines that action is a real threat, whether that’s evangelical Protestant missionaries or anything else.”

Sergei Ryakhovsky, head of the Protestant Churches of Russia, and several other evangelical leaders called the law a violation of religious freedom and personal conscience in a letter to Putin posted on the Russian site Portal-Credo. The letter reads, in part:
The obligation on every believer to have a special permit to spread his or her beliefs, as well as hand out religious literature and material outside of places of worship and used structures is not only absurd and offensive, but also creates the basis for mass persecution of believers for violating these provisions.

Soviet history shows us how many people of different faiths have been persecuted for spreading the Word of God. This law brings us back to a shameful past.”
Stalin-era religious restrictions—including outlawing religious activity outside of Sunday services in registered churches and banning parents from teaching faith to their kids—remained on the books until the collapse of the Soviet Union, though the government enforced them only selectively.

Some have questioned whether the government could or would monitor religious activity in private Christian homes.

“I don’t think you can overestimate the Russian government’s willingess to exert control,” Aikman told CT. If history is any indication, the proposed regulations reveal a pattern of “creeping totalitarianism” in the country, he said.

The so-called Big Brother laws also introduce widespread surveillance of online activity, including requiring encrypted apps to give the government the power to decode them, and assigning stronger punishments for extremism and terrorism.

The proposal is an “attack on freedom of expression, freedom of conscience, and the right to privacy that gives law enforcement unreasonably broad powers,” the humanitarian group Human Rights Watch told The Guardian.

If passed, the anti-evangelism law carries fines up to US $780 for an individual and $15,500 for an organization. Foreign visitors who violate the law face deportation.
Russia has already moved to contain foreign missionaries. The “foreign agent” law, adopted in 2012, requires groups from abroad to file detailed paperwork and be subject to government audits and raids. Since then, the NGO sector has shrunk by a third, according to government statistics.

“In Moscow, we shared an office with 24 organizations. Not a single foreign expatriate mission is there now,” Rakhuba previously told CT. “They could not re-register. Missionaries could not return to Russia because they could not renew their visas. It is next to impossible to get registration as a foreign organization today.”

While Russia’s evangelicals pray that the proposed regulations are amended or vetoed, they have gone underground before, and they’ll be willing to do it again, Rakhuba said.
“They say, ‘If it will come to it, it’s not going to stop us from worshiping and sharing our faith,’” he wrote. “The Great Commission isn’t just for a time of freedom.”