On January 29th, 2011, millions of people saw Srila Prabhupada and read his name and a blurb about the Mantra-rock dance. A poster advertising the event was pictured on Wikipedia’s homepage on that day, the forty-fourth anniversary of the dance.

The Mantra-Rock Dance musical event took place on January 29, 1967, at the Avalon Ballroom in San Francisco and came to be dubbed as the "ultimate high" and the "major spiritual event" of the hippie era. It was organized by the early followers of the Hare Krishna movement as a promotional and fundraising effort for their first temple on the West Coast. One of them, Harvey W. Cohen, created the Stanley Mouse-inspired promotional poster (pictured). The Mantra-Rock Dance featured the Hare Krishna founder Bhaktivedanta Swami, the countercultural ideologues Allen Ginsberg and Timothy Leary, and leading rock groups the Grateful Dead, Moby Grape, and Janis Joplin with Big Brother and the Holding Company. The event caused the Hare Krishna mantra to be adopted by all levels of the counterculture as a "loose commonality" and a viable alternative to drugs. 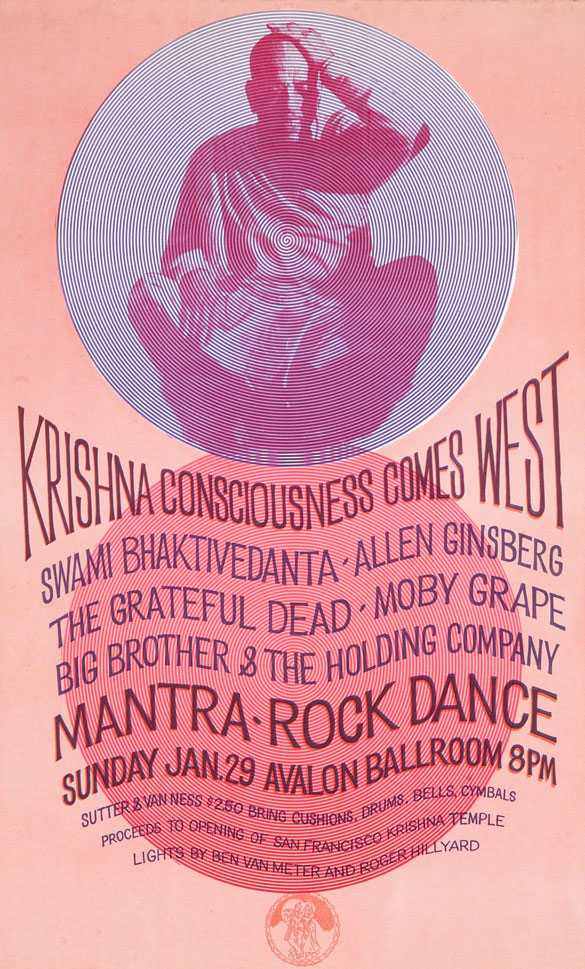