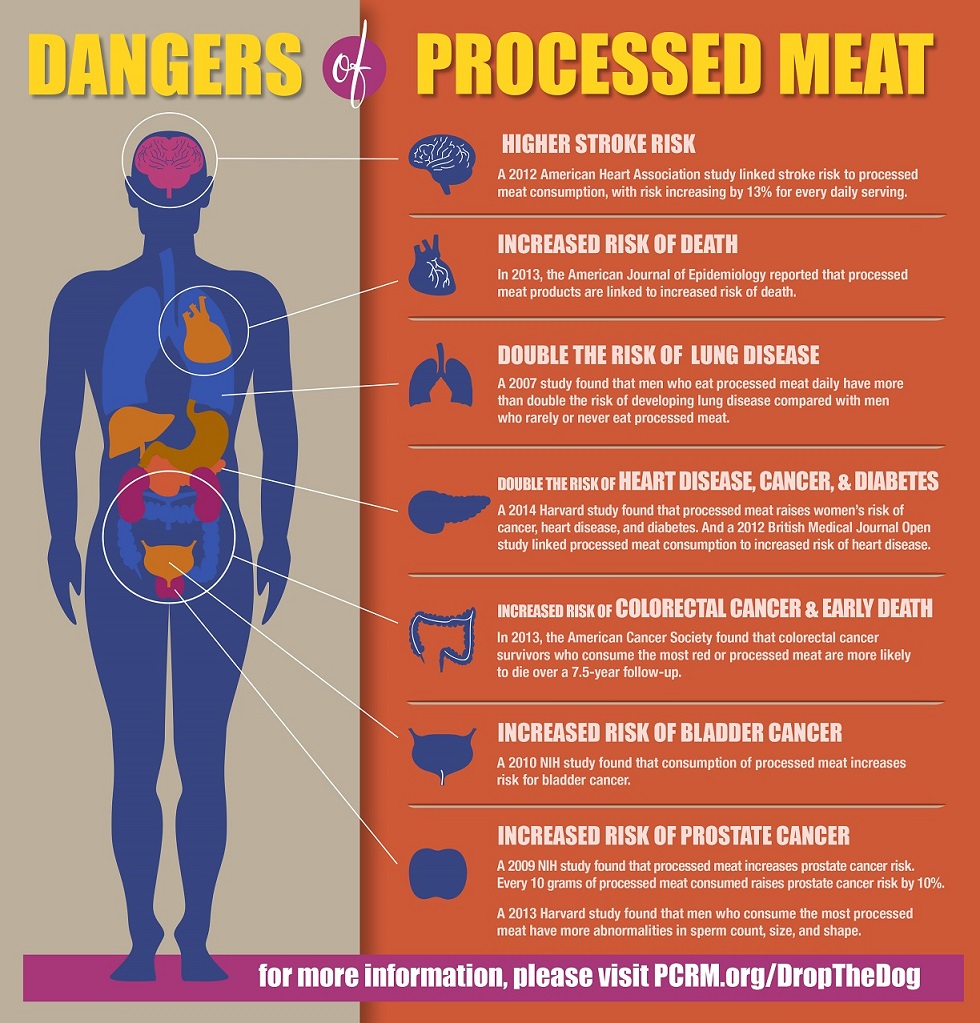 by Sarah Boseley / The Guardian

UN health body says bacon, sausages and ham among most carcinogenic substances along with cigarettes, alcohol, asbestos and arsenic

Bacon, ham and sausages rank alongside cigarettes as a major cause of cancer, the World Health Organisation has said, placing cured and processed meats in the same category as asbestos, alcohol, arsenic and tobacco.

The report from the WHO’s International Agency for Research on Cancer said there was enough evidence to rank processed meats as group 1 carcinogens because of a causal link with bowel cancer.

It places red meat in group 2A, as “probably carcinogenic to humans”. Eating red meat is also linked to pancreatic and prostate cancer, the IARC says.

The IARC’s experts concluded that each 50-gram (1.8-ounce) portion of processed meat eaten daily increased the risk of colorectal cancer by 18%.

“For an individual, the risk of developing colorectal cancer because of their consumption of processed meat remains small, but this risk increases with the amount of meat consumed,” said Dr Kurt Straif, head of the IARC monographs programme. “In view of the large number of people who consume processed meat, the global impact on cancer incidence is of public health importance.”

The decision from the IARC, after a year of deliberations by international scientists, will be welcomed by cancer researchers but it triggered an immediate and furious response from the industry, and the scientists it funds, who rejected any comparison between cigarettes and meat.

“What we do know is that avoiding red meat in the diet is not a protective strategy against cancer,” said Robert Pickard, a member of the Meat Advisory Panel and emeritus professor of neurobiology at Cardiff University. “The top priorities for cancer prevention remain smoking cessation, maintenance of normal body weight and avoidance of high alcohol intakes.”.

But the writing has been on the wall for ham, bacon and sausages for several years. The World Cancer Research Fund has long been advising people that processed meat is a cancer hazard. It advises eating products such as ham, bacon and salami as little as possible and having no more than 500g a week of red meat, including beef, pork and lamb.