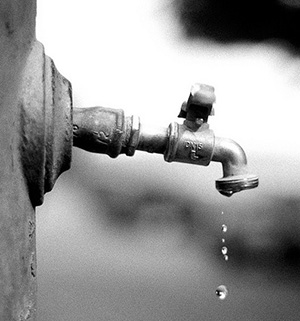 The seventh verse from the second cloudbank of Sri Visvanatha Cakravarti’s Madhurya Kadambini delineates two kinds of devotional service (bhajana-kriya), the unsteady practice (anistha) of one just beginning and the steady practice (nistha) of one who has attained eligibility to easily tread the path of sadhana bhakti by prolonged and steadfast practice.

Following this verse, Visvanatha provides detailed knowledge of the six stages of unsteady practice. One would expect that he would next explain the symptoms of steady practice, nistha-bhajana-kriya, but instead, he interrupts this natural progression from anistha to nistha, introducing a third cloudbank of nectar – removal of false values unfavorable to bhakti (anartha-nivrtti).

Sri Caitanya Mahaprabhu has glorified his sankirtan movement for its ability to cleanse the heart of anarthas arising from both piety and sin, accumulated from eons of immersion in a material existence based upon self-centered enjoyment, the root of all suffering experienced by the living entity. This cleansing is accomplished without extraneous endeavor simply by our adopting the practices of pure devotional service under the guidance and shelter of the bonafide spiritual master, saintly devotees, and scripture. As the heart becomes cleansed by sincere and serious service, one becomes more and more qualified to fully comprehend the true nature of material entanglement, develop steadfast practice, and successfully navigate the stages of unsteady devotion, anistha-bhajana-kriya. As progress is made, the natural humility indicative of steady devotion, nistha-bhajana-kriya, develops as all offenses (aparadhas)cease and anarthas dissipate. ((Although a detailed explanation of the varieties of anarthas and aparathas is beyond the scope of this presentation, the serious student is encouraged to carefully study and contemplate the subject of anartha-nivrtti as presented by Visvanatha Cakravarti Thakura in his Madhurya Kadambini, Chapter 3.))

Initial enthusiasm can be likened to the booster stage of a space-bound rocket – absolutely necessary in order to get the rocket off the ground, but discarded once one is in flight. The expectations of immediate spiritual fulfillment not being realized weighs heavily on the uninformed mind and the booster of enthusiasm falls away. One then enters a stage of spiritual practice wherein service to the Supreme vacillates between attentive and inattentive, productive and weak, thick and thin, sometimes running hot – sometimes cold. These extremes permeate to all aspects of the beginners practice—hearing, chanting, scriptural study, daily worship, and the mental attitude one holds towards their devotional service in general.

The nature of the mind is flickering and unsteady (cancala), constantly accepting and rejecting according to various considerations and circumstances. At times scriptural purport is easily comprehended and appreciated, while at other times clear understanding does not come and we are not able to enter into the spiritual message. Chanting of japa is at times attentive and fulfilling, and at other times the mind stubbornly does not allow concentrated effort and peaceful spiritual taste. Attending the lectures of sadhus also produces mixed experiences as our attention waxes and wanes according to the dictates of the mind. In this way, anistha-bhajana-kriya is sometimes thick and productive (ghana) and sometimes thin and wavering (tarala) — hence this stage is called ghana tarala.

Sometimes the waves during this stage of unsteady practice seem unsurmountable as all spiritual practice is suspended under the dictates of a weak mind overcome by the modes of passion and ignorance. Again submerged in the ocean of suffering, it may appear that all hope of salvation is lost. At such times Krsna’s sweet words can act as a spiritual life-preserver:

O son of Prtha, neither here in this world nor in the next is he (my devotee) vanquished. Anyone who is sincere, my dear friend, walks not the road of misfortune. ((Bhagavad-gita 6.40))

As the influence of passion and ignorance recedes, the mind regains spiritual composure and one resumes regulated practice under good guidance. But such relief may be short lived – just as a drowning person experiences elation upon finding something solid to hold onto, but after some time he again forgets his precarious condition and suffering, even to the point of abandoning safe shelter. The duration of these periods of wavering acceptance and rejection of devotional service may be brief – minutes or hours, or very extended—lasting days, months or years. But continued engagement in serious devotional practice when not submerged assures the hurricane winds created by the restless mind will gradually abate and the turbulence creating these waves will diminish over time.

Having developed enough detachment from the mind’s constant vacillations to maintain a somewhat steady practice, one is then confronted with the next stage of mental agitation, vyudha vikalpa. During this stage doubts and wild speculations assail one’s resolve by presenting various prospects of accelerated advancement through a major adjustment of lifestyle or service. The householder may think of renouncing family responsibilities; the renunciate contemplates family life; one engaged in temple worship considers teaching classes on scripture; the fickle mind may even entertain the prospect of enhanced service opportunities elsewhere, uprooting themselves entirely and moving to a distant land. As the mind dictates “the grass is always greener on the other side of the fence,” the sadhaka’s broad range (vyudha) of service possibilities (vikalpa) seems endless.

Throughout scripture the recurring themes of spiritual benefit offered by austerity, renunciation, and celibacy lead most new sadhakas to seriously contemplate both minor and major lifestyle changes. In Madhurya Kadambani, Visvanatha provides examples of the various underlying mentalities that foster such changes:

Death may come at any time, I must renounce now!

Of course, these contemplations play out differently in modernity than they did in ancient times. Today young devotees vacillate between joining the ashram of their guru or finishing their studies; marrying and raising children now or later; advancing in their profession to monetarily support the outreach of their guru or accepting minimal employment, earning just enough for support and taking excess time for personal spiritual advancement, and so forth.

The mind thus presents a seemingly unending series of deliberations on what would be best for spiritual advancement. Acting on this endless parade of possibilities presented by the mind will generally not produce the desired benefit in one’s devotional life. However, if one takes shelter of their trusted guides, such changes in ashram, specific service, or location can be beneficial. Of particular significance is any change that facilitates personally sitting at the feet of one’s guru. If practically possible, this should always be undertaken despite any associated sacrifices in lifestyle.

Realizing that imposed externals like ashram, specific service and location have little to do with factual cleansing of the heart that naturally results from pure offenseless chanting, one cries out for the spiritual strength to overcome the mental agitation created by vyudha vikalpa and progress to the platform of steady devotional practice.

The following stages will be presented in subsequent articles:

Stage 4: A battle with the senses – visaya sangarah