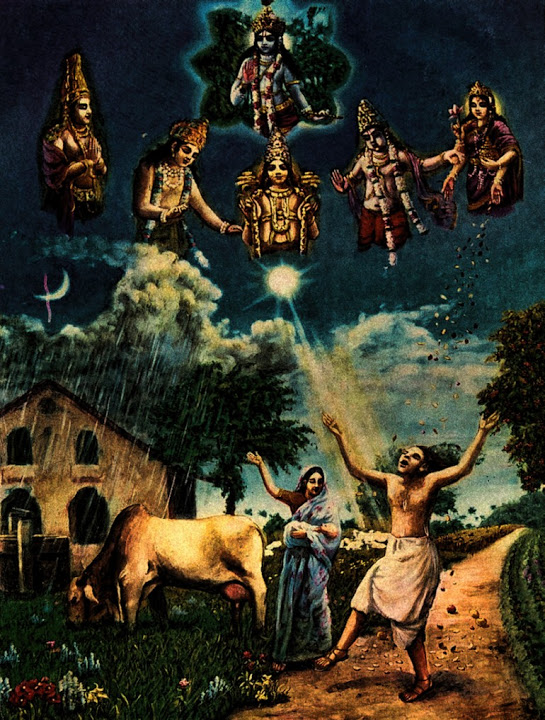 Therefore, we have a duty to repay. It is a karmic duty and not just a moral duty! If we do not repay that duty then there are reactions. It is said that if one owes money to another and one dies, then in the next life, one has to come back and pay back four times the amount – so with interest! So these things are arranged like that. Also, it is said that if someone owes you money, you will have to come back to receive it unless you write it off. So at the time of death, it is better to just write everything off.

A devotee is no longer a debtor. He has paid back all this debts! But one may ask, “What about my parents? Shouldn’t I care for my parents?” Yes, you should care for your parents by serving Krsna because the way to care for parents is by serving Krsna. You may care for their bodies by sending money and so on, but if you give them Krsna and even if they are not getting Krsna directly from you, if you serve Krsna then your parents will share in the benefit; they get eternal benefit. So why should we work so hard to give them temporary benefit if they can get eternal benefit. Therefore, one should not interrupt his devotional service to take care of their parents; it is not beneficial!

In Navadvip, there was Shyamlal who had joined Srila Prabhupada. Prabhupada had sent him to Calcutta to assist Brahmananda and Gargamuni in collecting funds for Mayapur. Then a message came that his father was very ill and his father was dying, and he was asked to go home immediately. And Prabhupada said, “No, don’t go. There is no need!”

In Vrindavan, when I was the temple president, I used to buy land. In India, there is a tradition that on any official document, they want you to state not only the name of the person who was involved but also his father’s name so you can see the family lineage. And instead of the father’s name, one could give their guru’s name and this is legally accepted! Whenever you are asked for your father’s name, you can give your spiritual master’s name because it is accepted as a bonafide relationship!

So that is culture actually. That is correct. The law of man is in line with the law of the Supreme Personality of Godhead. Krsna has laws within the universe and according to these laws, we have our duties, we have rights and if we are not adhering to these duties, there is karma. But one who takes to Krsna’s service is released from all kinds of duties…