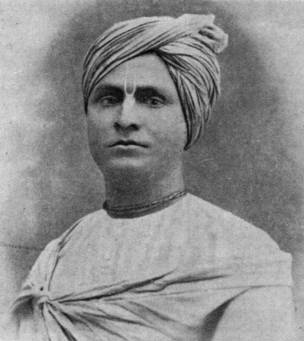 One gentleman had a son, and like any parent, when his son was of age to begin formal learning, he endeavored to provide his child with proper tuition. However, the boy showed an extraordinary aversion towards receiving any type of education. The father became very anxious about his son’s future, but after much endeavor, he ultimately became completely disheartened.

Finally, one experienced teacher came to know of his dejection and told him that he would tactfully teach the boy. On investigating, he came to know that the boy was very fond of various types of food and was greatly influenced by his taste buds. The teacher took advantage of this particular weakness of the boy, and mesmerized the child by discussing various types of food and their qualities. Continuously he made the boy utter the names of fruits like mango, jamun, jackfruit, banana etc. several times. Gaining confidence, the teacher then asked the boy, “Son – say ka!” (the first letter of the alphabet). Instantly the boy came to his senses. It came as a flash of lightning in the boy’s mind that this was all a ploy to make him study. The boy exclaimed, “Oh Baba! Bolacche-re!” (My God! He’s forcing me to spell!”)

If we deliberate on this with a calm mind, we will find our condition more precarious than that of the aforementioned boy. The Vaisnavas, who are acaryas of the entire world, having seen the future destination of our souls with their divine vision and being very liberal by nature, have compassionately endeavored to give us an opportunity to honour varieties of maha-prasada in this mundane sphere of enjoyment to engage the souls in their constitutional occupation of devotional service.

But what are we doing? Until we are unable to trace any mundane spirituality in our imaginary mental indulgence in gross matter for our own pleasure, then we are somewhat halfheartedly practicing devotional service in the association of sadhus. When our addiction to the fleeting and temporary aspects of life diminishes due to the infallible consequences of sadhu-sanga, we are taken aback.

And in spite of realizing the insignificance of the lowliness of our self that we have served in the mental realm of our understanding of religiosity, which we have assimilated deeply in our inner being for various lifetimes, we are still unwilling to reject it. On the contrary, seeing the prospect of its disappearance, we tremble in fear at the extermination of our very deeply acquired self!

Just like the boy who was oblivious to his own future, we also want to remain blind to the destiny of our souls. Yet if we compare the loss incurred in both cases, we find that we cannot compare our own deplorable circumstance to that of the boy’s condition.

The boy is simply loosing something in exchange for something else. But whatever he looses or gains belongs to the same category – enjoyment of the tongue and discussion on mundane knowledge (whose aim is to achieve higher material enjoyment) are categorically the same. Both are worldly, transient and illusory.

In spite of daily hearing the warning bells of the thunderous declarations from Sri Gaudiya Matha and witnessing all kinds of endeavors by the matha residents to instill and nurture within our hapless sick minds the seeds of nectarean hari-katha, and endeavoring to establish a loving connection with God – still there is a gulf of difference between that which we are knowingly rejecting in favor of some other illusory charm!

In such a situation, I would like to ask the intelligent and good-hearted readers that if we sincerely desire to reform our mentality, which is like that of the aforementioned boy, then considering that which is eternal and that which is temporary, what should the proper activity of the living entities be? Isn’t this the very conduct and preaching of Sri Gaudiya Matha?