The holy Ganga is a poison river today. It's so full of killer pollutants that those living along its banks in Uttar Pradesh, Bihar and Bengal are more prone to cancer than anywhere else in the country, says a recent study.

Conducted by the National Cancer Registry Programme (NCRP) under the Indian Council of Medical Research, the national study throws up shocking findings. The river is thick with heavy metals and lethal chemicals that cause cancer, it says.

"We know that the incidence of cancer was highest in the country in areas drained by the Ganga. We also know why. Now, we are going deeper into the problem. Hopefully, we'll be able to present a report to the Union health ministry in a month or two," NCRP head A Nandkumar said.

The worst-hit stretches are east Uttar Pradesh, the flood plains of Bengal and Bihar. Cancer of the gallbladder, kidneys, food pipe, prostate, liver, kidneys, urinary bladder and skin are common in these parts. These cases are far more common and frequently found here than elsewhere in the country, the study says.

Even more frightening is the finding that gallbladder cancer cases along the river course are the second highest in the world and prostate cancer highest in the country. The survey throws up more scary findings: Of every 10,000 people surveyed, 450 men and 1,000 women were gallbladder cancer patients. Varanasi in Uttar Pradesh, Bihar's Vaishali and rural Patna and the extensive tract between Murshidabad and South 24-Parganas in West Bengal are the hot zones. In these parts, of every 1 lakh people surveyed, 20-25 were cancer patients. This is a national high. Relentless discharge of pollutants into the riverbed is responsible. 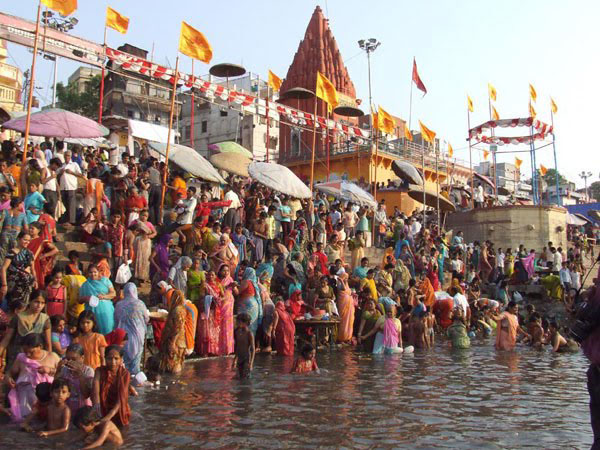