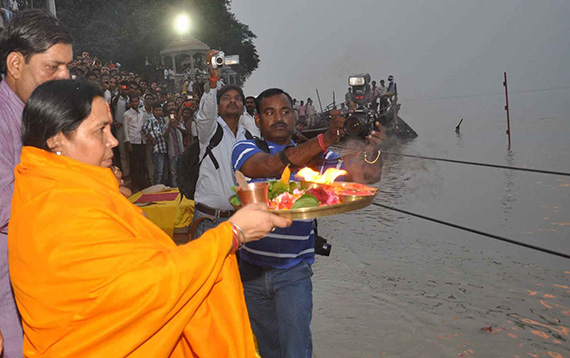 Union Water Resource Minister Uma Bharti on Thursday said that the NDA government is determined to clean all rivers in the country.

“We'll implement plans to clean Ganga and it will be applicable to other rivers too, “said Uma Bharti.

“Ministry is named after river Ganga but the government will take onus of all rivers including Yamuna,” she added.

Uma Bharti said that she has called a meeting of scientist and environmentalist in the first week of July to discuss the cleaning projects of all rivers.

She also said that the ministry will launch a website in this regard and would seek suggestions from the people who have worked for cleaning of rivers globally.

Bharti rejected media reports over fine of Rs. 10000 for spitting in river Ganga while terming it baseless.

“We'll have to take strict measures but things like fine of Rs 10000 for spitting are baseless,” said Bharti.