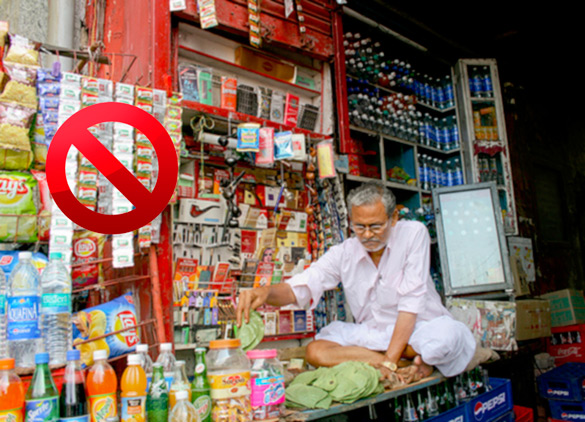 One of the most interesting developments in India recently has been the temporary banning last December of the sale of gutka, ground tobacco and flavorings sold in pouches, sucked by millions of Indians and known to cause cancer and other serious diseases. Even though the ban was made by the Supreme Court of India, with venerable judges intoning strident condemnation of government and society for not protecting India's youth from the product, it may not be the ban itself that is of most importance—and most potential for public health advocates in other countries—but the case that led to it. This was a case brought under a law designed to protect, not children, nor health, but the environment.

Gutka smokeless tobacco is banned from sale in India from March 2011 because its plastic packaging is harmful to the environment. The case was brought under the country's Plastic Management and Disposal Rules, 2009. Indian health advocates reckon that colleagues around the world can help make life difficult for ambitious Indian tobacco companies with an eye on increased gutka exports, such as those to the large south Asian populations of Europe. In addition, they suggest, other countries' environmental protection laws may provide opportunities for similar action to be taken, based on, for example, pollution caused by dumping billions of tobacco packs in landfill sites every year.

Whatever the roots of the decision, the utterances of some of India's most senior judges provided stirring copy for news media. Hearing that gutka manufacturers claimed a ban would cause the whole industry to come to a standstill, one judge, Justice Ganguly, said, “Let it come.” He told the manufacturers to switch to non-plastic packaging even if it put up the price. “Let gutka become costlier,” he said; “The public would benefit.” He also concluded that the government was “…privy to gutka addiction… These are powerful lobbies… The youth of today is imperiled by the government's lack of concern for public health. In some States, where economic prosperity has taken place, young people have been compromised… Those who govern have to be alive to this problem. It is their duty to see that youth get all conditions for fulfillment. Where is the protest in the student community? Where is the idealism? Even in Bengal, where student movements have been vibrant, there is silence.”

It must be said that compared to just 20 years ago, there is in fact a great deal of idealism now in India about reducing diseases caused by tobacco, including among students. Colleagues there are thinking not just about the next moves at home, but how the world at large might benefit from the Indian precedent, by considering new types of action in the fight against tobacco.