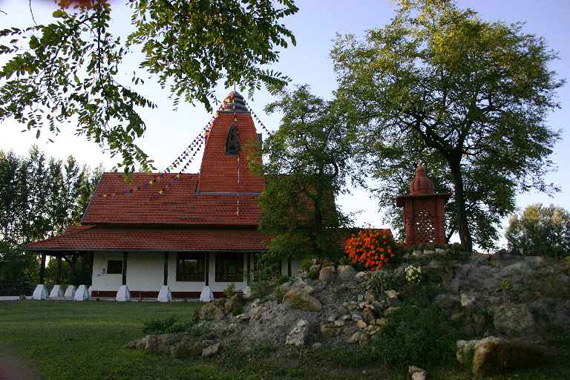 Red stone chapels  have been shipped to Hungary not long ago from the Indian state of Rajastan. Some of the finest craftsmen in India worked on carving these stones for almost three years which have a combined weight of several tons. In this way the Hindu Temple near Szeged which is considered unique in Europe, will grow with the addition of seven hand-carved shrines.

The initiation ceremony will be held  on Aug. 9th of 2oo8 in the peace-park of the Hindu Temple at Balastya at 4:3o p.m. The program will be opened by our distinguished guests who will the light the torch of perennial knowledge. Part of the sacramental celebration shall be the presentation of seven Vedic fire sacrifices. 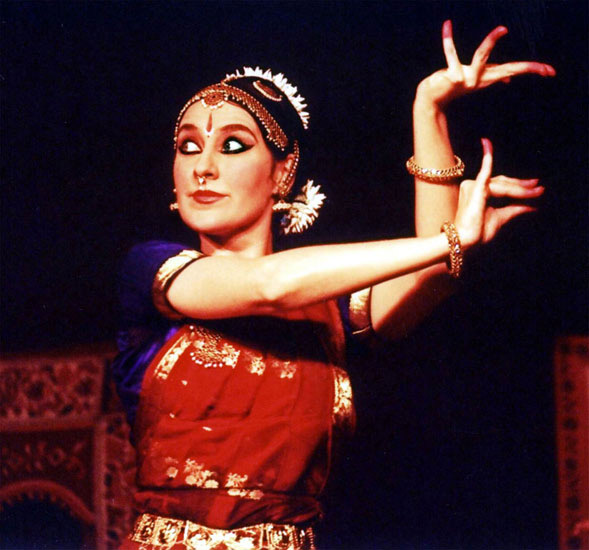 The festivities will offer an attractive program for the lovers of Indian art as well. The inner voice of peace will be made heard by the internationally known sitar player Szabolcs Tóth. Bittner Meenakshi Dóra , bharata natyam dance artist will present the movements of this classical Indian dance thereby showing some of the magic of Indian stage.

The flight of fancy in this imagined Indian journey will be enhanced by our Indian bazaar where there will be Indian restaurants, tea houses, and gift shops offering their wares.

A HISTORY OF THE HINDU CHAPELS

The Hindu community in Nandafalva which nestles in the farmland of Balastya came into existence in 1979. After 2o years of active participation by its members the Hindu Temple opened its doors in the year 2ooo. The temple fits well into the scenery of the Hungarian plain was designed by Gyula Szigeti architect and it fuses some of the elements of both Hungarian and Indian styles – its porch and the paved walk-about surround a spire like those on the temples of Orissa. There is a bell weighing 1oo kilos in the bell-tower which following a Hungarian tradition chimes several times a day.

The Indian style of temple architecture does not shy away from combining the art of several different areas of India. We often see stone carvers from Orissa and Rajastan working jointly on a project. The art of stone-carving goes back traditionally many thousands of years in India. The largest temple in the world which was carved from one rock – actually a hill –  is also in India in Ellora which was completed during seven generations  by  the greatest masters of the age. This Gupta-style masterpiece built between the VI-VIII th centuries is part of World Heritage. 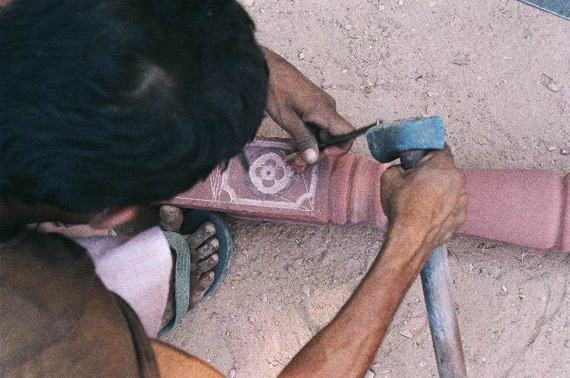 Today’s Indian masters of stone-carving work in the same professional manner as their predecessors did. One of the most important centers of this art form is in Rajastan the village of Sikandra. This community gives home to several dozen dynasties of stone-carvers. The chapels being initiated in the sanctuary park of the Hungarian Hindu Temple on the 9th of August were made here.

The new shrines deserve our attention even for their sizes – three of them are two meters high. They show the most important figures of the Hindu pantheon. There is also a modern installation which is intended for the invitation of Surya, Bhumi and Chandra, they are the personifications of the Sun the Earth and the Moon respectively.They represent the three most important objects in the sky for our earthly existence and the are invited to give their respects at the Hindu Temple while at the same time the visitors can also show their appreciation for them.

One of the monumental pieces in the park is the two ton, two meter high Column of Humility. This column is to represent the humility and wonder with which we  are confounded  when we are awakened to the endlessness of God and the universe. On the four sides of the column a medieval Indian verse can be read in three languages, Hungarian, English and Sanskrit which gives voice to the humbleness of ourselves.