On the last day of Kartik (Rasa Purnima), many devotees gathered together for the official opening of a new Gaudiya Vaishnava Ashram, which was opened with the special purpose of receiving and welcoming all the different Vaishnavas from various missions. This very unique project is leaded by some disciples of Srila Bhakti Promode Puri Goswami Maharaj, an eternal example of saintly humility and former World Vaishnava Asocciation president. 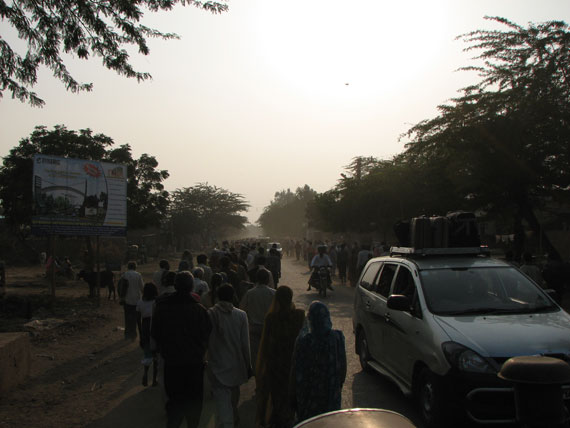 Many pilgrims made their sacred parikrama on this last day of Damodara vrata. 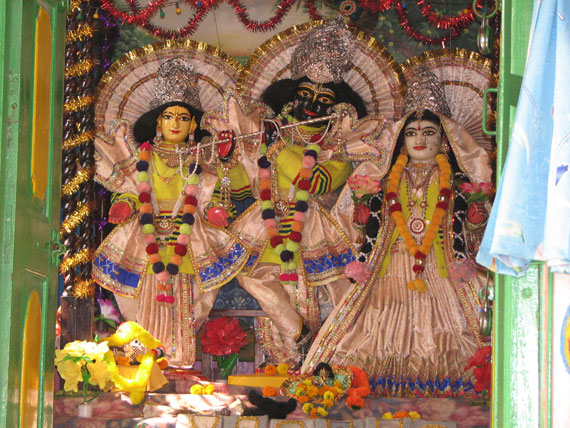 The new Ashram is very near of the famous Gaudiya Math temple established by His Divine Grace Srila Bhaktisiddhanta Saraswati Thakur Prabhupada, which we can see here. 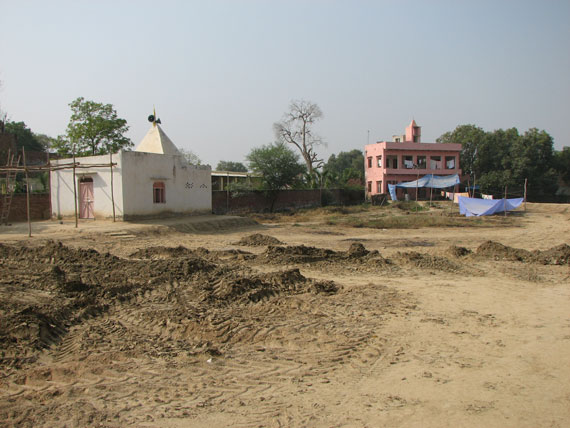 A general view of the land where the project is being held. 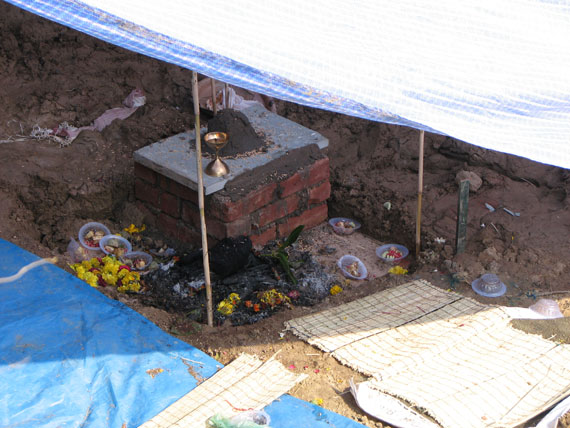 The big sacred hole, where a Vaishnava yajna was performed, and Ananta Sesa was placed, and thus the official inauguration took place. 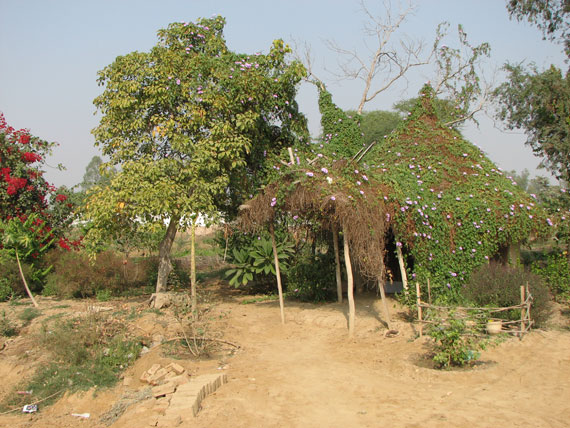 Some of the beautiful cottages fo the new project. 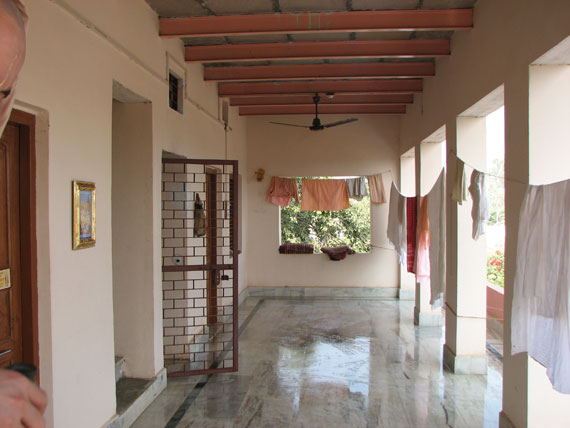 First floor of one of the main ashrams. 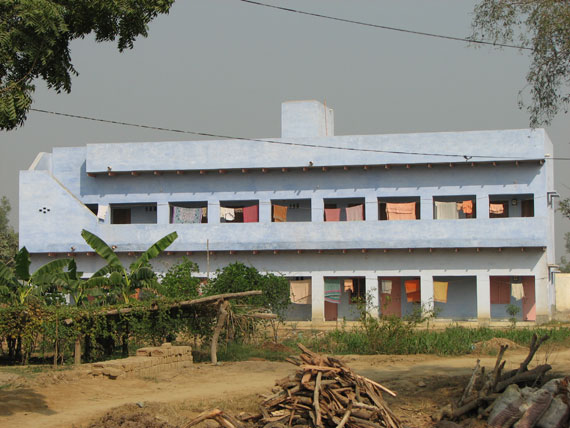 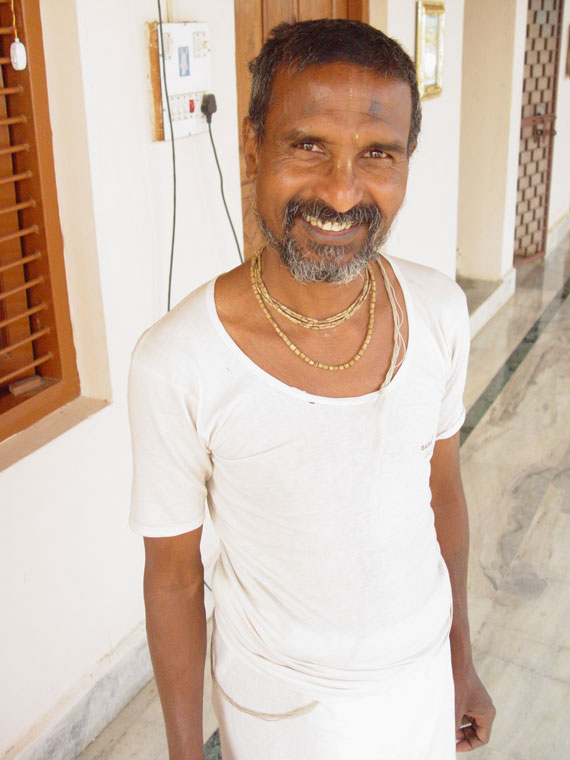 Mathura das Babaji Maharaj, disciple of Srila Bhakti Promode Puri Maharaj, who is in charge of this new beautiful project near Radha kunda.

Also this same day a very nice temple of the Bag Bazaar Gaudiya Math was inaugurated. All the devotees that were present in the previous festival, went directly to this next Vaishnava feast. Many saintly Vaishnavas attended the event. 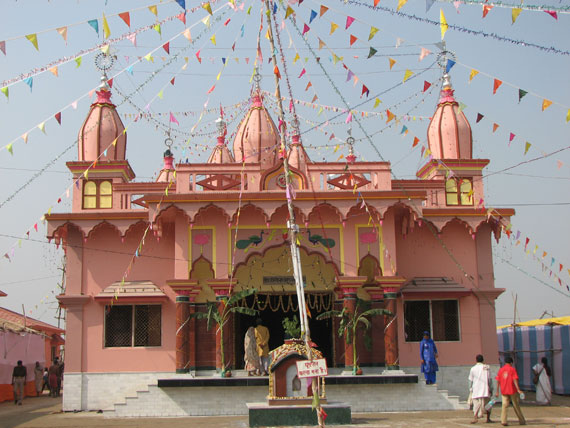 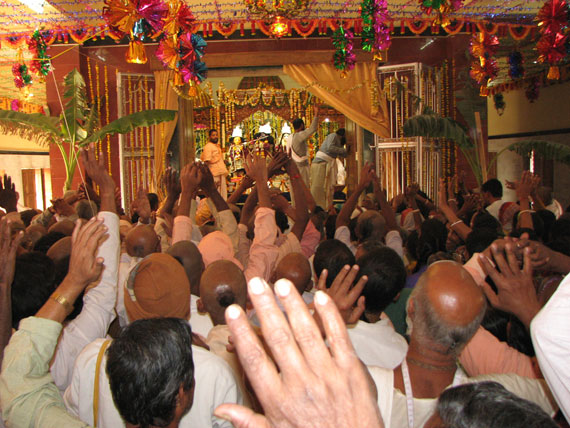 The altar opening for the first time… 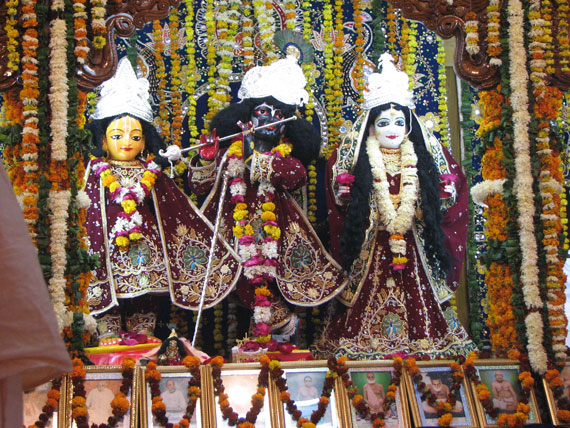 Their Lordships giving Their first darshan. 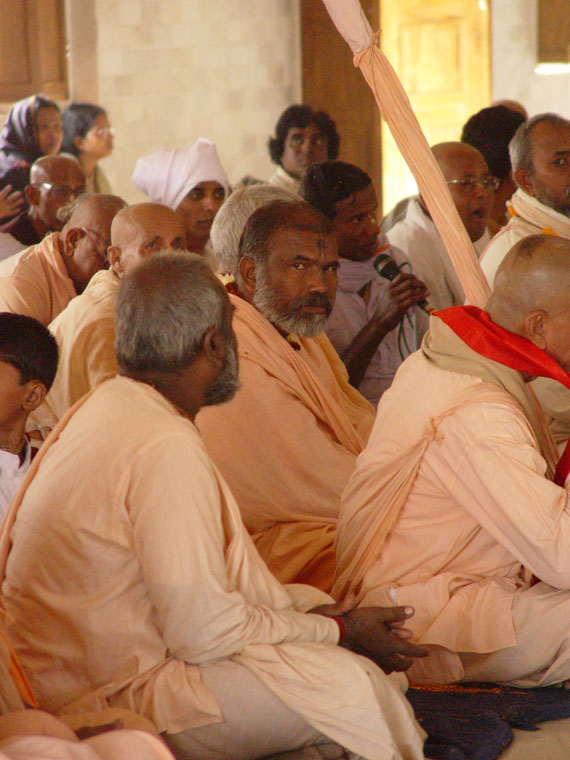 Many great vaishnava acaryas were present in the event, blessing us all. Here we see one of them: Sripad Priyananda Bon Maharaj. 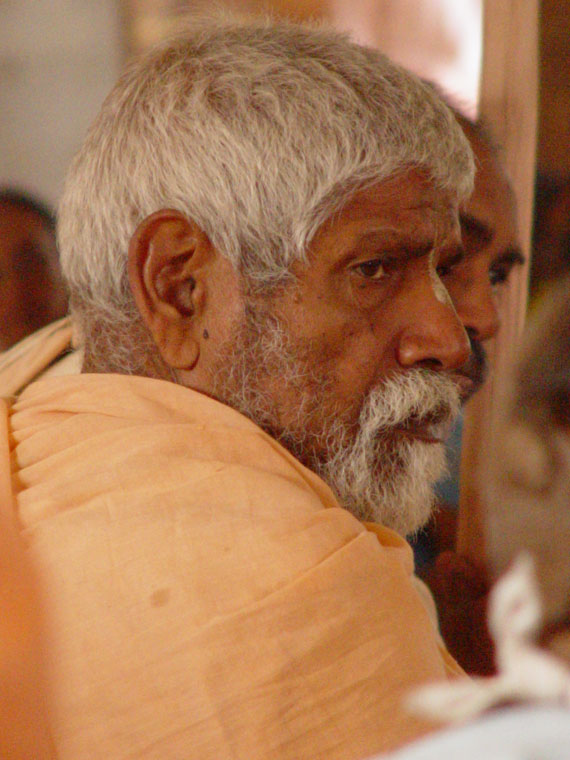 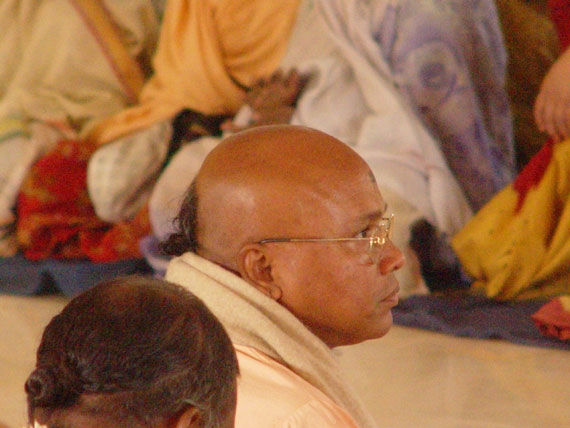 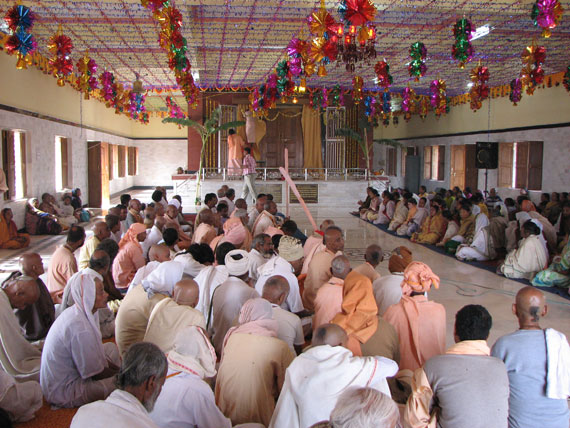 More than 200 devotees were present there, blessing the new Mandir. 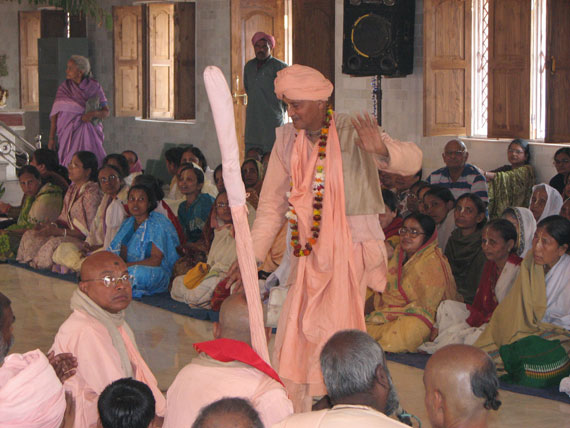 The devotees exposed their sweet realizations through different typical performances, for the satisfaction of the Lord. 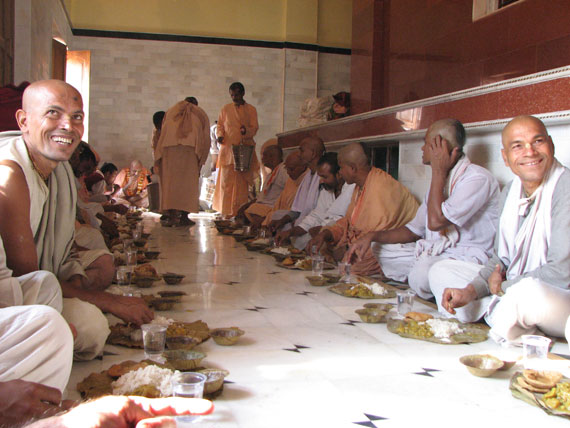 Bhagavat prasadam was served for the satisfaction of all. 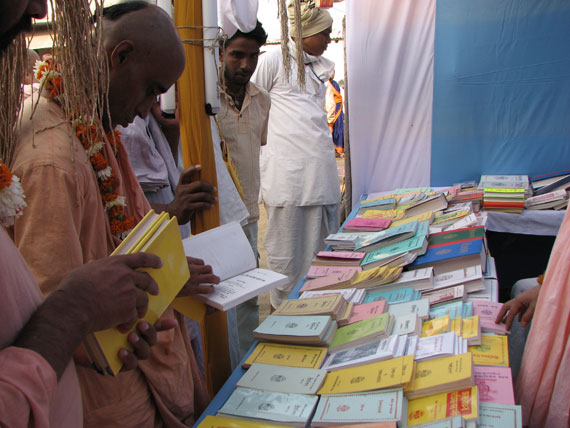 Transcendental grantha was present there also. 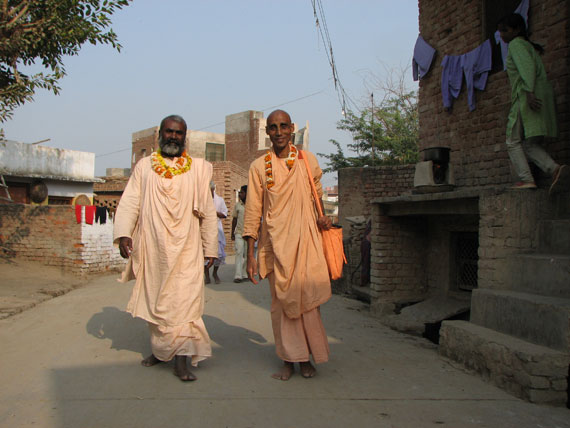 Some others sadhus, returning to their respective maths after the inauguration. 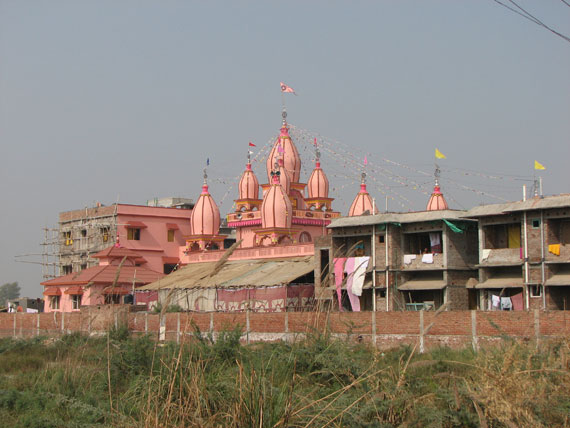 One last picture of the incredible new temple.