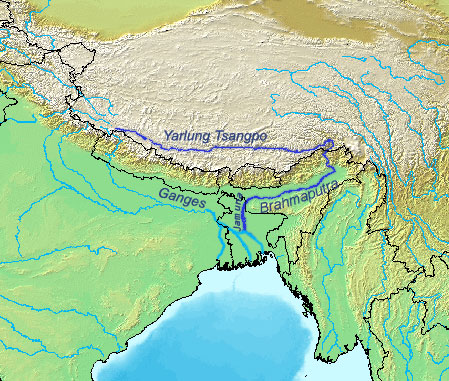 The admission, made for the first time by Chinese officials to India during the recent visit by foreign minister S M Krishna to Beijing, has brought a measure of transparency between the two countries, but also focused Indian interest in China's river activities, particularly Brahmaputra.

Satellite pictures had picked up the construction of a dam in Zangmu, in the Lhokha prefecture of Tibet, but even as late as 2009, China denied that such a project was underway. However, the qualitative improvement of ties between Beijing and Delhi as a result of some unprecedented cooperation during the Copenhagen climate summit appears to have cleared the air across the Himalayas.

This time, China said it was constructing a hydropower project in Zangmu — there will be four more — on the Brahmaputra. But this would not involve storage of water and was a run-of-the-river project, all inside Chinese territory. China also made it clear that they didn't really have to share their plans with India, but they were doing it out of a sense of "trust". The 510 mw project is being built by Gezhouba, one of China's biggest dam-building companies.

India and China have no water-sharing agreements, so it will be a first, when next week, Indian and Chinese water experts ink an "implementation plan" to share hydrological data on the Sutlej and Brahmaputra rivers. These agreements were signed in 2005 and 2008, but China had refused to share anything because there was no "plan". The first lot of data will flow from China to India later this year.

There have been reports that these projects are the beginning of a much bigger plan by China to divert the waters of the Brahmaputra to feed its parched northeast, an ambitious and technically challenging plan, called the Western Canal, that many Chinese reports say will be completed by 2050.

However, China has officially clarified that such reports aren't "consistent with facts". Answering questions on this in Parliament on Wednesday, Krishna said, "In November 2009, the foreign ministry of China clarified that China is a responsible country and would never do anything to undermine any other country's interests."

While India will celebrate the improved trust quotient with China, in reality, it cannot make a huge hue and cry over these projects of an upper riparian state. As an upper riparian state on the Indus itself, India is building similar hydropower projects which has Pakistan screaming blue murder and threatening terrorist action.