Bamboo is a perennial tall grass with jointed woody stems (culm). It grows straight, up to a height of 40m, without any branches, rising from an underground rootstock. It needs highly fertile sandy soil and grows in downstream of rivers. It blooms once in forty or sixty years. The wood is used for making baskets, bows, arrows, chariots, and agricultural implements. Mats are woven from the dried leaves. Many tribes eat the seeds (Upadhyay 1964, 15-34).

Bamboo poles are used in villages to carry water from ponds or rivers. The flute is made from young bamboo shoots.

Mythological and Religious Associations of Bamboo

Bamboo grows in clusters, so it is regarded as symbolic of a large family and prolific progeny. However, only the green bamboo is regarded as sacred. The dry one is deprived of all sanctity.

The bamboo is sacred to both Shiva and Vishnu. It is an emblem of Venugopala or Krishna. It is also sacred to Buddhists and has been depicted in the bas-reliefs of stupas and in Buddhist sculpture.

The Mahabharata (1.63) mentions the festival of the bamboo pole, which involved planting a bamboo pole every year in honour of Indra. After erecting the pole, people decorated it with golden cloth, perfumes, garlands, and ornaments. Then the ruler, Uparichara Vasu, the king of Chedi who belonged to the Puru Dynasty, prayed for the expansion of his cities and kingdom.

Another association of the bamboo pole is with the kaavadi. Once, Lord Shiva entrusted sage Agastya with two hillocks, balanced across his shoulders on a bamboo pole, to be carried for installation in south India. But the sage left them in a forest and asked his disciple Idumban to bring them.

Idumban found the two hillocks and lifted them with great difficulty. After a while, he put them down near Palani, home to a famous shrine of Murugan or Kartikeya, Shiva’s son. When Idumban wanted to continue his journey, he found that the hillocks could not be moved. He sought the help of a youth but the boy claimed that the hillocks belonged to him. In the ensuing fight, Idumban was defeated.

Idumban then realized that the youth was Lord Kartikeya. Idumban begged for pardon and asked that anyone who carried a kaavadi-a bamboo pole suspended with anything resembling the two hillocks-may be granted his heart’s desire. Idumban’s wish was granted. Today, the kaavadi is carried by pilgrims crossing the country.

It consists of two semicircular pieces of bamboo that are bent and attached to a bamboo cross structure that can be balanced on the devotee’s shoulders. It may be decorated with flowers or peacock feathers, or a pot of milk may be hung from either end of the pole slung across the shoulder. Some kaavadis are very ornate and heavy.

The kaavadi has come to symbolize the balance between happiness and unhappiness, wealth and poverty-all of which are inevitable. It is necessary to maintain the proper balance between them and to avoid both extremes of joy or depression, retaining optimum poise.

The Buddha was presented with a grove of mango trees, beneath which he could relax. He told his monks a tale of his earlier life as a monkey. He lived with his clan on a mango tree and all were very careful never to let the fruit fall to the ground where it might be found by a human, tasted and desired.

But one mango fell into the river and was carried to Kashi (Varanasi) where the king, who was bathin, found and ate it. Delighted with the taste, he and his soldiers set out to search for the tree.

When they eventually located it he ordered all the monkeys to be killed. The Buddha saved the other monkeys by making a bridge of his body over the river into a bamboo grove, but lost his life while saving his clan. So, for the Buddhists, the bamboo is a sacred tree (Gandhi and Singh 1989, 112-13).

Krishna’s flute is made of bamboo 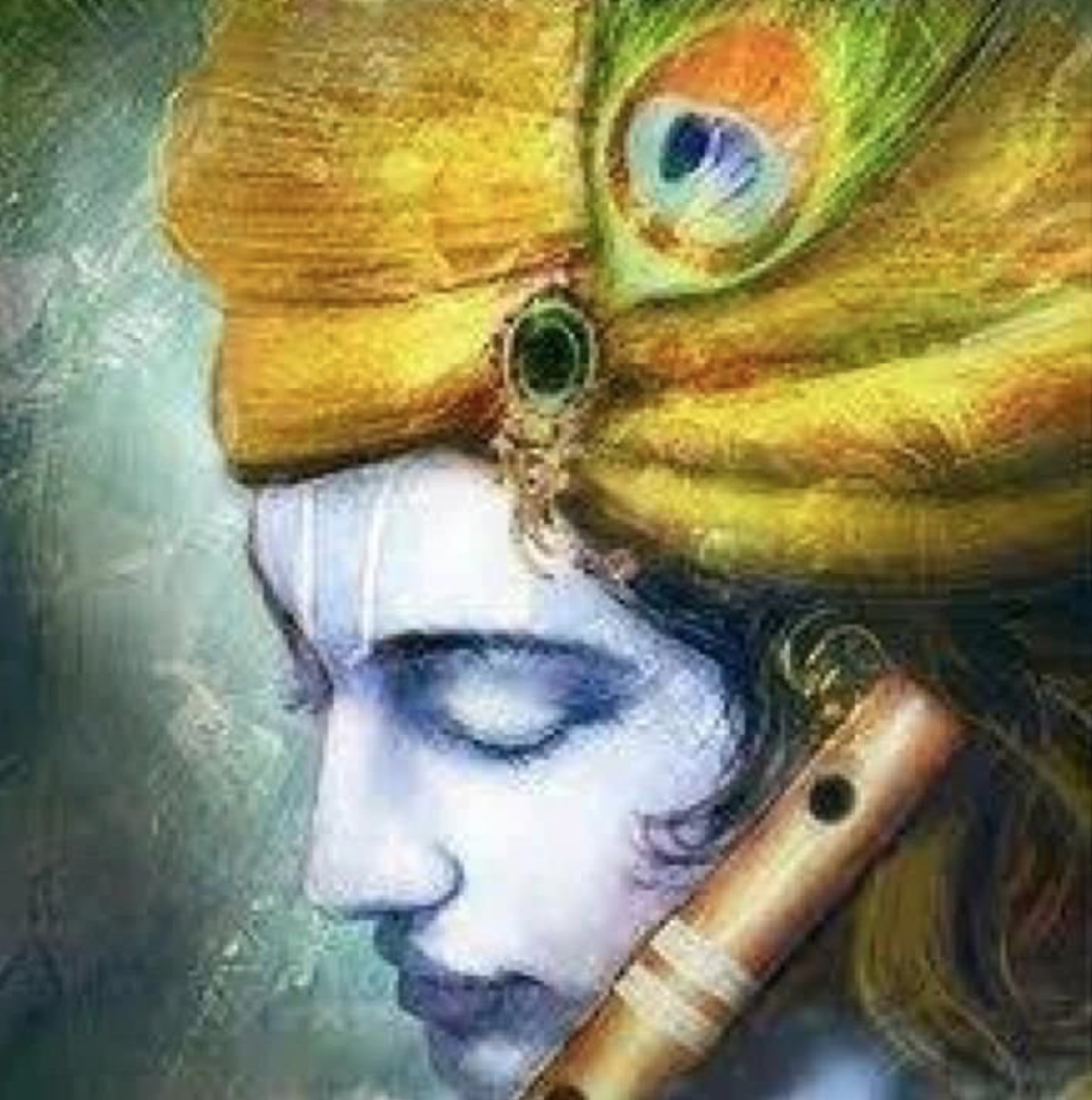 Krishna used a flute made of green bamboo to charm the cowherdesses of Vrindavan with its sweet notes and tender melodies. Since this is the voice of the Supreme Being calling out to his devotees, the music of the simple bamboo flute is the Sacred Song of the Lord, the Divine Music.

Read also: The flute of Krishna would melt stone

In north India, the green bamboo and its branches are used to make the canopy under which wedding ceremonies are performed. Coffins are also made of green bamboos.

During the sacred-thread ceremony, a twig of the bamboo is given to the boy.

People of the Turi tribe of Gujarat place two small pieces of bamboo in the room of confinement, so that no malicious spirit can influence the newborn.

In Bihar and Uttar Pradesh, newly married couples place their feet in a bamboo basket and walk slowly, so that they do not fall flat on the ground. It is very auspicious to walk in this manner because it is symbolic of a large family. The Prabhus of Pune place bamboo baskets on the heads of the bride and the bridegroom. The Mubasis of Bengal ask married couples to go around a bamboo post. The Garos and Kacharis of Assam worship the bamboo post after planting it in the ground.

On the other hand, it is widely believed in Uttar Pradesh that a churail (evil female spirit) lives in bamboo groves (Upadhyay 1964, 24).

During the aghora puja, after worshipping Shiva and Parvati, the performance of homa, followed by feeding of Brahmanas and young girls, takes place. On this day, a branch of the bamboo is planted on one side of the pandal, along with mango flowers and a banana tree with flowers, and they are worshipped by all.

Bamboo in the West

Bamboo is more and more recognized in western countries for its physical qualities. It is harder than Oak and ten times more flexible than steel. After only five years, it can be harvested without killing the mother plant. It is practical an infinite source, which can be used without harming the eco-system in which it grows.

Bamboo is capable of replacing wood in many areas, from cutting desks to wooden floors. Bambusparkett (the german name for bamboo flooring) is very popular in Germany, Switzerland and Austria. You can even buy a toothbrush made from this amazing material.