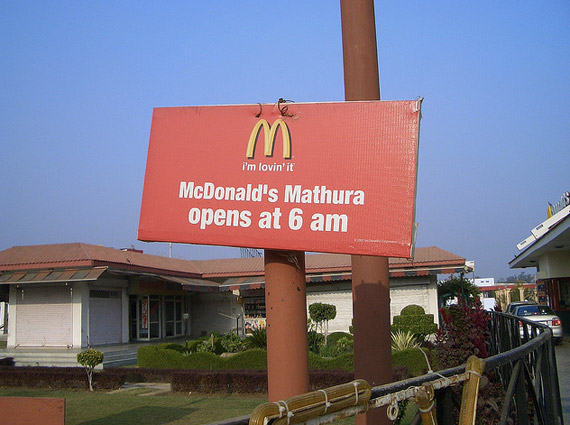 Considering that vegetarianism is a very important part of India's rich spiritual tradition, this should be alarming to all followers of dharma and those who care for animals and the future of our planet.

In 1910 there where a total of 350 slaughterhouses in India. Meat eating was nowhere as widely spread as today. Nehru promised in 1929 that once India would be independent all slaughterhouses will be closed, because thats what pious indians wanted. The sad reality is that just the opposite happened. Since 1947 the number of slaughterhouses in the land of dharma increased to 36,000.

According to the United Nations more than 30% of our planets land surface is used to produce meat. 50% of our drinking water is used to process meat. Each year more than 50 billion animals are tortured throughout their lives, and killed brutally. Meat-eaters often do not know the implications of their meat-eating habits.

Vaishnavas traditionally recommend a vegetarian diet. Nowadays more and more people around the world are becoming aware of the side-effects produced by of the meat industry. Necessary steps should be taken by all those who are aware, especially all leaders (spiritual anf political) if we don't want our younger generation to be part of the biggest killing- and resourse wasting machine ever created, the meat-industry, McDonalds, etc.