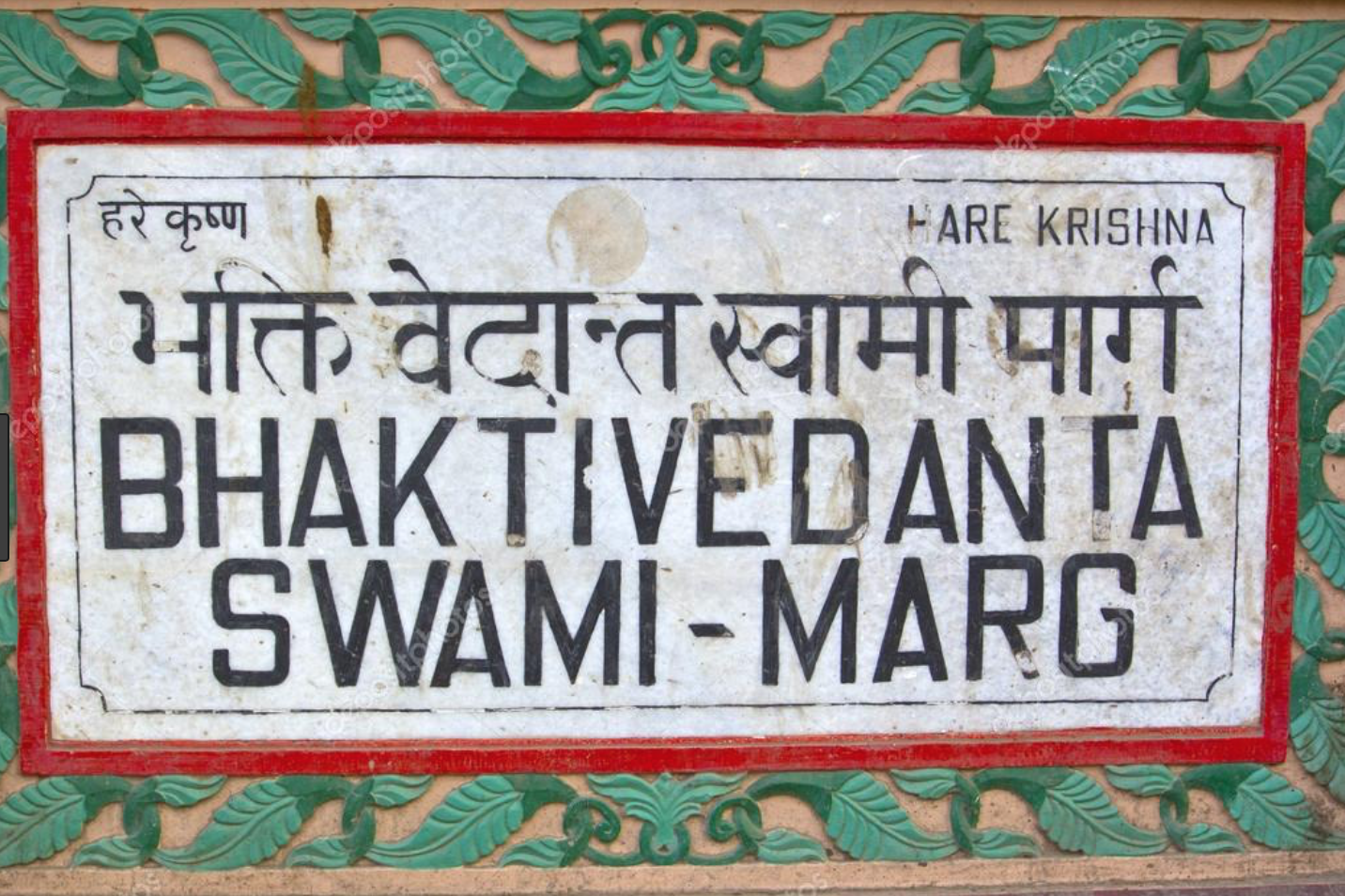 I had informed the highest leadership of BJP and they were also shocked and agreed with us that the UP government should not have done this. On 13th June I went to Delhi and met with the high command of the BJP and informed them that if this happen it would be a great injustice and millions of ISKCON devotees will hit street. The BJP’s high Command immedietly arranged an urgent meeting with the Chief Minister of Uttar Pradesh. Yesterday I flew to Lucknow from Delhi and met the Hon’ble Chief Minister of UP Shri Yogi Adityanath Ji in his office.

He was also shocked to know this has happened. He in front of me immediately called the Power Minister of State UP who is also an MLA from Mathura. He chastised him and told him to call the District Magistrate and to inform him to immediately stop the planned removal of plaque with Bhaktivedanta Swami Marg written and to not replace it with Kripalu ji Maharaj’s name.

He told me to tell devotees in Vrindavan to meet the Minister in Mathura and after that he told me to update him. I informed Dharmatma Prabhu and he with Sourav prabhu went and met the minister today morning and the Minister informed that he has already called the District Magistrate and told him to stop the renaming ceremony. Yogi Adityanath has also told the Minister to send back the file to him so that this order is scraped.

I will like to specially thank Dharmatma Prabhu and Saurav prabhu who were alert and found about this. They arranged the important papers related to this and ran around.