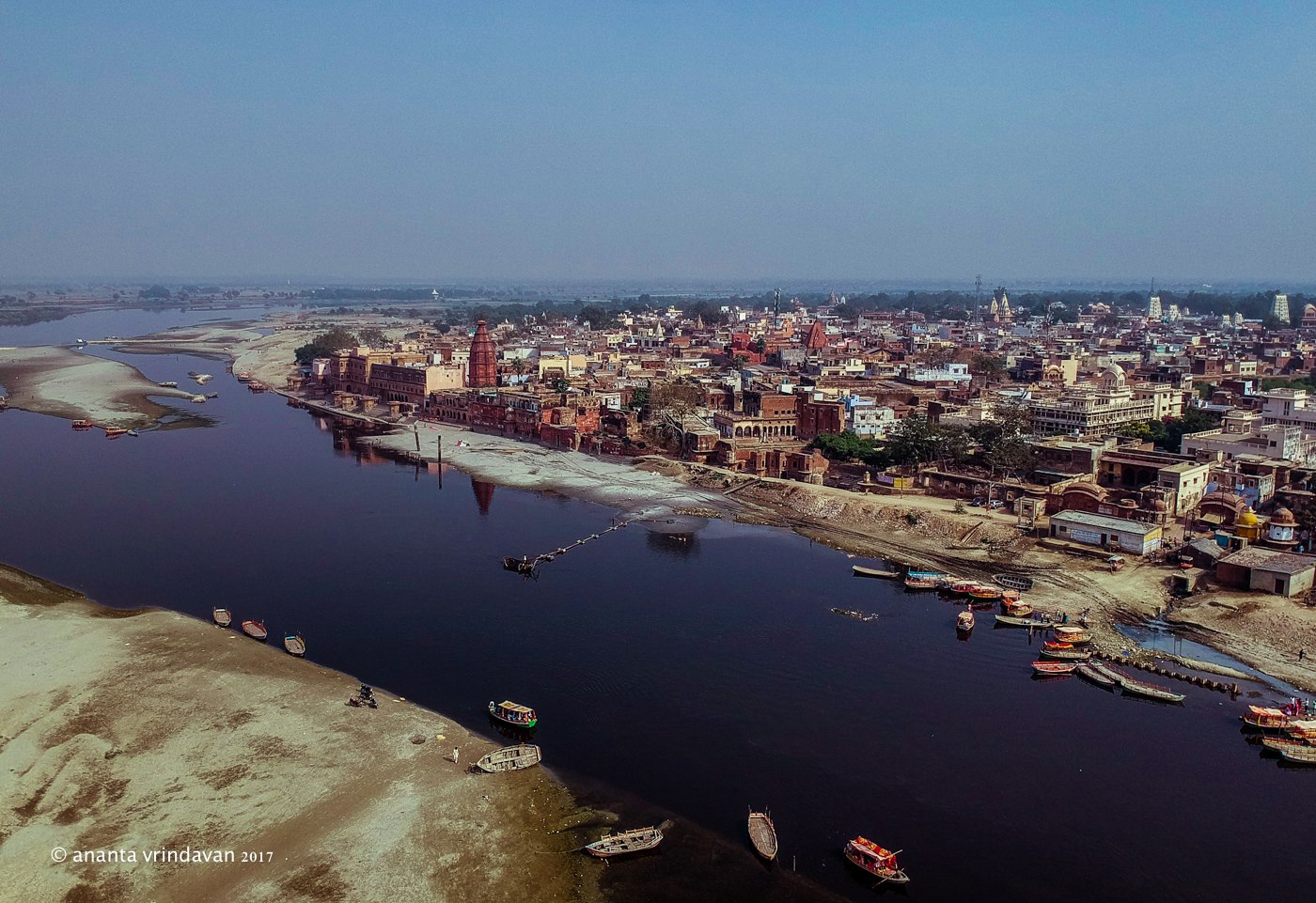 The government of Uttar Pradesh on Friday announced that Vrindavan and Barsana are now tirtha sthal – official pilgrimage sites. In a special meeting at the Vairagi Baba Ashram on Parikrama Marg, sants of Braj lauded the government’s move.

The announcement has been warmly welcomed by residents of the two towns, but it has also left many wondering what this really means for Vrindavan and Barsana.

While visiting nearby Agra on Thursday, UP Chief Minister Yogi Adityanath threw some light on his team’s possible motivations. Religious tourism seems to be the main factor behind the move.

“We want to develop tourism in such a way that visitors to Agra also come to Mathura,” said Adityanath, “and that pilgrims to Mathura will also go to Agra.”

Although Mathura and Vrindavan were merged earlier this year to form “Mathura-Vrindavan Nagar Nigam”, the culture of Mathura is significantly different than Vrindavan’s. Vrindavan has been a Vaishnava stronghold for centuries; meat, eggs and alcohol are strictly banned within the city limits. However Vrindavan’s “forbidden” items can be legally bought and sold in Mathura.

When the government merged the two towns, residents of Vrindavan were extremely concerned that one rule of law would govern the new conglomerate city – in other words, that meat, alcohol and so forth would slowly creep into Vrindavan, destroying the unique ethos that had been so carefully cultivated for centuries.

Now that Vrindavan has been declared a tirtha sthal, alcohol, meat and so forth are unequivocally banned. The two cities being one, techinically the sale of meat and alcohol should be banned in Mathura as well, athough this is unlikely to happen.

Unfortunately the government has been the main culprit in proliferating wine shops across the holy land of Braj. In the case of Barsana, this declaration by the Yogi government protects Radharani’s hometown from the type of degradation visible around village wine shops throughout the region.

Possible effects of the “Tirtha Sthal” announcement on development

Although the number of pilgrims to Vrindavan, Barsana, and other areas of Braj Mandal have sharply increased over the past decade, the lack of development in these towns has prevented the tourism sector from reaching its full potential.

Declaring Vrindavan and Barsana as tirth sthal should allow the government to make better and faster progress on:

The government has made many promises related to Vrindavan’s development over the years, and it seems only a small percentage of those ever came to fruition. However, Friday’s announcement had the whole town buzzing. People are experiencing a new sense of hope about Vrindavan’s situation. Only time will tell if the government will finally follow through.

The text of the government letter

Vrindavan in the Mathura district of Uttar Pradesh is famous around the world for being Bhagwan Shri Krishna’s birthplace and the krida-sthal of Shri Krishna and his elder brother Balram. Barsana is similarly famous for being Shri Radha’s birthplace and krida-sthali. Every day hundreds of thousands of devotees come to the aforementioned places to take darshan and obtain religious merit, considering these areas to be sacred. These places are glorified in the Purans and are also extremely important from the point of view of tourism.

Threfore,the place which was formerly known as Vrindavan Nagar Palika, in the district of Mathura, along with Barsana Nagar Panchayat, are hereby declared as a holy pilgrimage site (tirtha sthal).

Notice for the information of the following, to be followed up with the appropriate action:
The Chief Secretary of the Department of Urban Development, the Food and Drug Administration, the Excise Department, the General Administration, the Home Ministry and the State Government of Uttar Pradesh will kindly perform the needful actions on a deparmental level within the next three months.

About the UP Department of Religious Affairs

The UP Department of Religious Affairs was created on December 19, 1985 for the execution of activities relating to the management of charitable or religioius institutions and temples. All the temples and religious places in the state come under the jurisdiction of the Department. Directly under the Principal Secretary, its objectives are to insure that basic public facilities such as road system, resting places, lighting systems, drinking water facility, food and refreshment, etc., are made available at religious places.