The Supreme Personality of Godhead, Sri Krishna, is the origin of unlimited expansions and avatars. He is the Avatari.

His first expansion is the Sankarshan or Sri Balaram. This same Sri Balaram appeared with Lord Chaitanya as Sri Nityananda Prabhu.

Sri Chaitanya Mahaprabhu ordered Sri Nityananda Prabhu to preach pure devotion in Bengal. While wandering through Ganges valley, Lord Nitai was attracted by Srila Raghava Pandit’s pure devotional attitude and came to his house in Panihati. Along with Him came the three Ghosh brothers, Srila Govinda, Srila Madhava and Srila Vasudeva, who were known for their ability as kirtaniyas.

When they started singing, Lord Nityananda fell into a trance-like state and started to dance. When He had finished dancing, He sat on the deities’ altar; Sri Nityananda Prabhu’s entourage and Raghava Pandit performed an elaborate abhishek ceremony to honor Him. After the bathing ceremony, they dressed and garlanded Him, whereupon Lord Nityananda sat down again on the deities’ throne while Srila Raghava Pandit held the parasol.

A few moments later, the house was filled with the fragrance of damanaka flowers. Lord Nityananda Prabhu said that Sri Mahaprabhu Himself had come from Puri wearing a damanaka garland to hear the kirtan.

Srila Narahari Chakravarti Thakur mentions this dance and kirtan in his Bhakti-ratnakara. 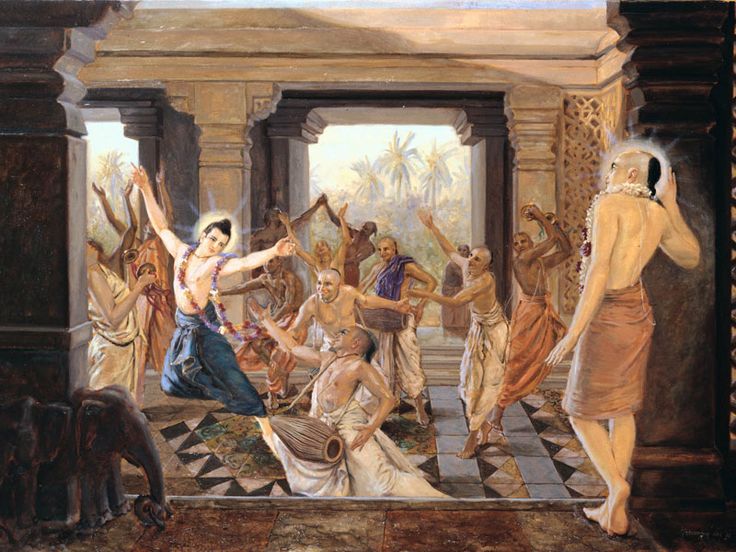 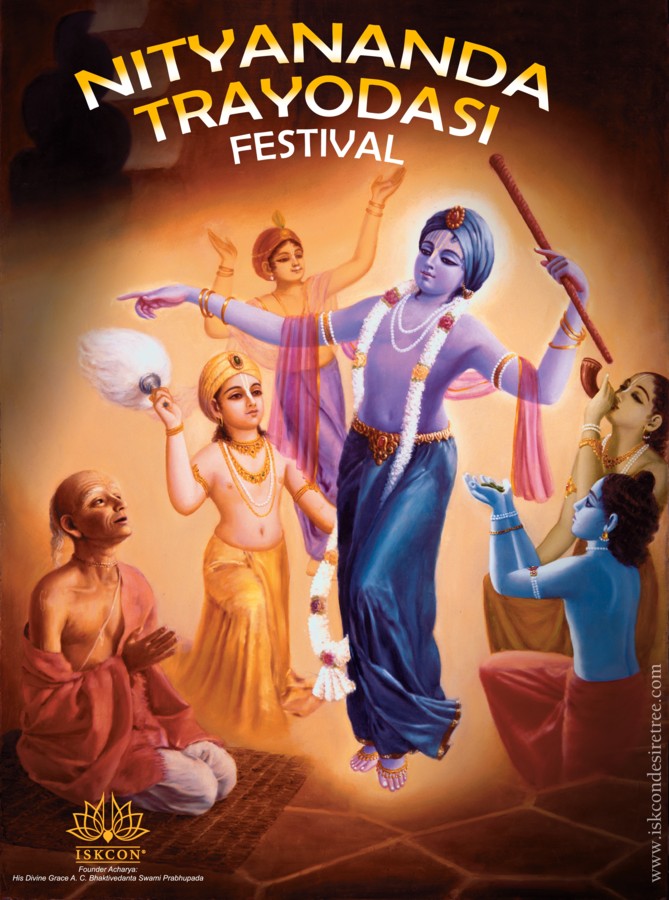