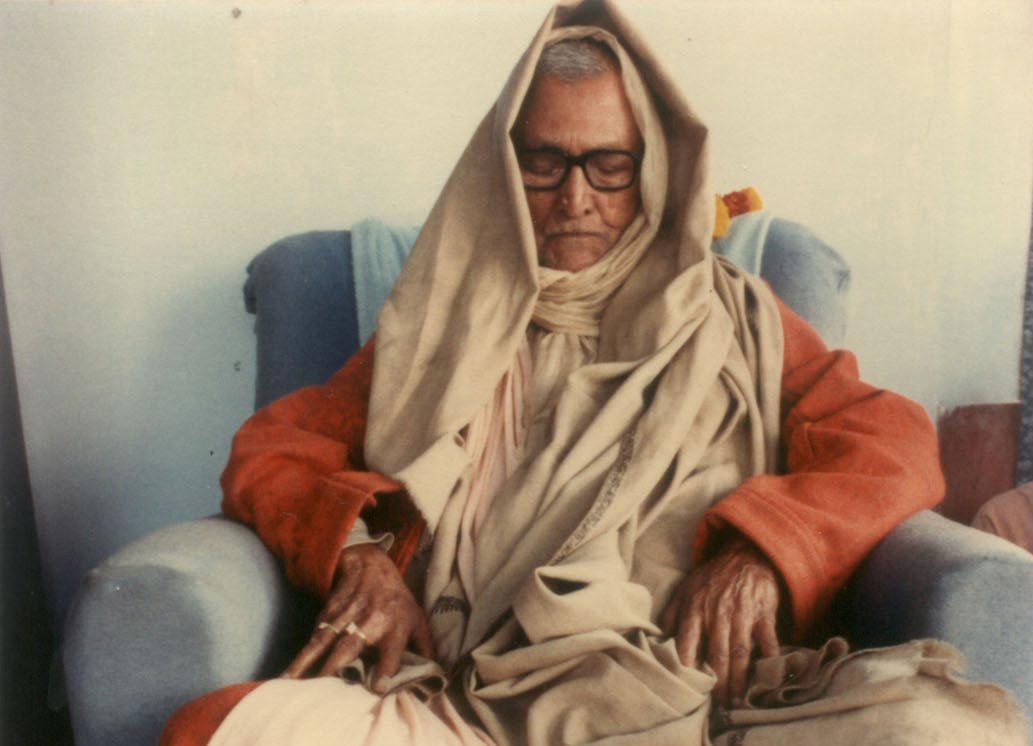 To err is human. To err is inevitable for all, being not perfect. Still, no one wants to remain imperfect. There is an element within all that is animate that tends towards perfection. If it were not so, we would feel no want at all. Our tendency towards perfection is certainly very weak and limited; otherwise we could attain the goal at once. Our limited capacity and tendency for perfection makes room for the guide or guru.

The imperfect is not so if it is not in need of help, and that also from beyond itself. The perfect is not perfect if He cannot assert Himself or help others, and that too, of His own accord. So the guidance to perfection or Absolute Truth is necessarily a function of the absolute Himself, and the divine agent through whom this function manifests is Sri Guru or the divine guide.

For a seeker of the Absolute Truth, submission to the guru is unavoidable. A class of thinkers believes, however, that when scientific research is possible, why cannot higher spiritual knowledge also be evolved from within? Such people are ignorant of the most essential nature of absolute Knowledge, that He alone is the Aksolute Subject and all else including ourselves constitutionally stand only as an object to His omniscient vision. It is impossible for the eye to see the mind; it can have some connection with the mind only when the latter cares to mind it. In a similar way, our connection with absolute knowledge depends mainly on His sweet will. We must solely depend on His agent, or the spiritual master, through whom He likes to distribute Himself.

Our human society with its finest culture forms but an infinitesimal part of the dynamic absolute. How, except by the direct and positive method of revelation, dare we hope to comprehend or evolve any conception of the supernatural knowledge of the unconditioned infinite? All intellectual giants prove themselves but pygmies before the absolute omniscient omnipotence who reserves the right to give Himself away through His own agents alone.

To our best knowledge and sincerity, however, we should see not to submit to a false agent. Here of course, we can’t help ourselves very much; because in our present state we are mainly guided by our previous samskara or acquired nature. “Birds of the same feather flock together.” Yet, although we are generally overpowered by habit, there is still the possibility of free choice to a certain extent, specially in the human species, otherwise correction becomes impossible, and punishment mere vengeance. Reality can assert itself. Light does not require darkness for its positive proof. The sun by itself can establish its supremacy over all other lights. Before an open and unbiased eye, the sad guru (real guide) shines above all professors of phenomenon.

Sri Guru manifests himself mainly in a twofold way- -as the director from within and the preceptor from without. Both functions of the absolute help an individual soul–a disciple to reach the absolute goal. In our fallen state we cannot catch the proper direction of the inner guide, so the merciful manifestation of the preceptor without is our sole help and hope. But at the same time it is only by the grace of the guru within that we can recognize the real preceptor without and submit to his holy feet.

A bona fide disciple must always remain fully awake to the fact that his highest spiritual fortune is but a gracious grant from the Absolute Lord, and not a matter of right to be demanded or fought out. Constitutionally, we are equipped only to be proper recipients of God’s favor. In this connection it should be clearly understood that an individual soul can never be substantially the same as the Absolute Person. Not even in his liberated or fully realized condition can an individual soul be one with Godhead. The misconception of oneness has been introduced from the slothful nondiscrimination of the Absolute Personality from the luminous orb around His eternal, spiritual, and blissful home. In fact, an individual soul constitutes only a part of a particular power of intermediate value of the Supreme Lord, and as such he is capable of being converted from both sides. He differs from the absolute Entity both in quantity and quality; and is merely a dependent entity on the absolute. In other words, the Absolute Lord Krsna is the master,and an individual jiva soul is His constitutional subordinate or servant.

Such a relationship is constant and really wholesome for the jiva. The apprehension of slavery does not arise because of his free choice and immense positive gain. The freedom and individuality of the jiva are not only unharmed bv surrender to the Absolute Good, but they really thrive in Him alone. Individual freedom and interest are the part and parcel of those who are of the absolute, and so they are quite at home there, as a fish is at home in water or an animal in a healthy atmosphere. But the freedom as well as all other qualities of the Supreme personality are unlimited and transcendental, and so only by their partial functions they harmonize all relative entities.

Sri guru is not exclusively the same as the Supreme Lord Himself, but he fully represents the essence of the whole normal potency and embodies the most comprehensive and excellent service and favor of the Lord. As he is the fittest servitor of the Lord, he is empowered by the Lord to reinstate all misguided souls to their best interest. So, guru is the divine messenger of immortal hope and joy in this mortal and miserable world. His advent is the most auspicious and happy event to the suffering animation, and can be compared to the rising of the moming star that can guide the traveller lost in the desert. A gentle touch of sri guru’s merciful hand can wipe off the incessant tears from all weeping eyes. A patriot or philanthropist makes the problem only worse in his frantic and futile attempt to alleviate the deeprooted pain of a suffering soul, as an ignorant doctor does in eagerly handling an unfortunate patient. Oh the day when this poor soul realizes the causeless grace of sri gurudeva.

-this essay was originally published in 1934, in The Harmonist.