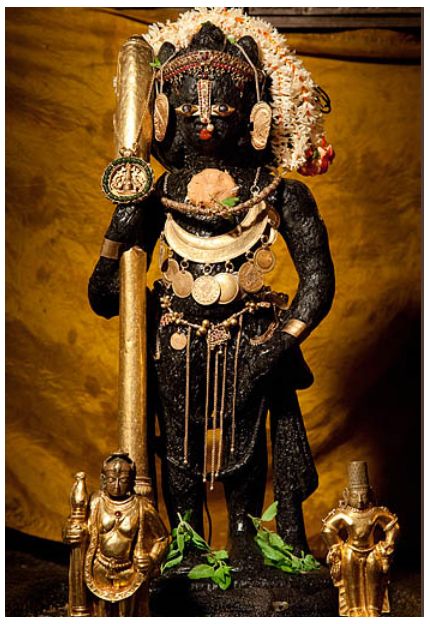 “Once, as Sri Madhvacharya was traveling in the association of His disciples, He arrived in Sri Navadwipa and decided to spend some days within the forests of Modradumadvipa.

One night, as Sri Madhva lay sleeping, Lord Gauranga appeared to Him in a dream. The Lord told Sri Madhava, “It is well known to everyone that you are My eternal servitor. When I appear here in Navadwipa, I will accept your sampradaya. Travel everywhere and care fully uproot all the false scriptures of the mayavadis and reveal the glories of worshiping the personal form of the Supreme Personality of Godhead. Later, when I appear, I will personally broadcast your pure teachings.” The Lord then disappeared.

When Sri Madhva awoke, He was astonished and as He remembered the Lord He began to cry in separation, saying, “Will I ever see that beautiful golden form again?” A celestial voice from the sky replied, “Worship Me secretly and you will come to Me.”

Carrying these instructions within His heart, Sri Madhvacharya continued His travels more determined than ever to defeat the mayavadi philosophers.” (from Sri Navadwipa Dham). 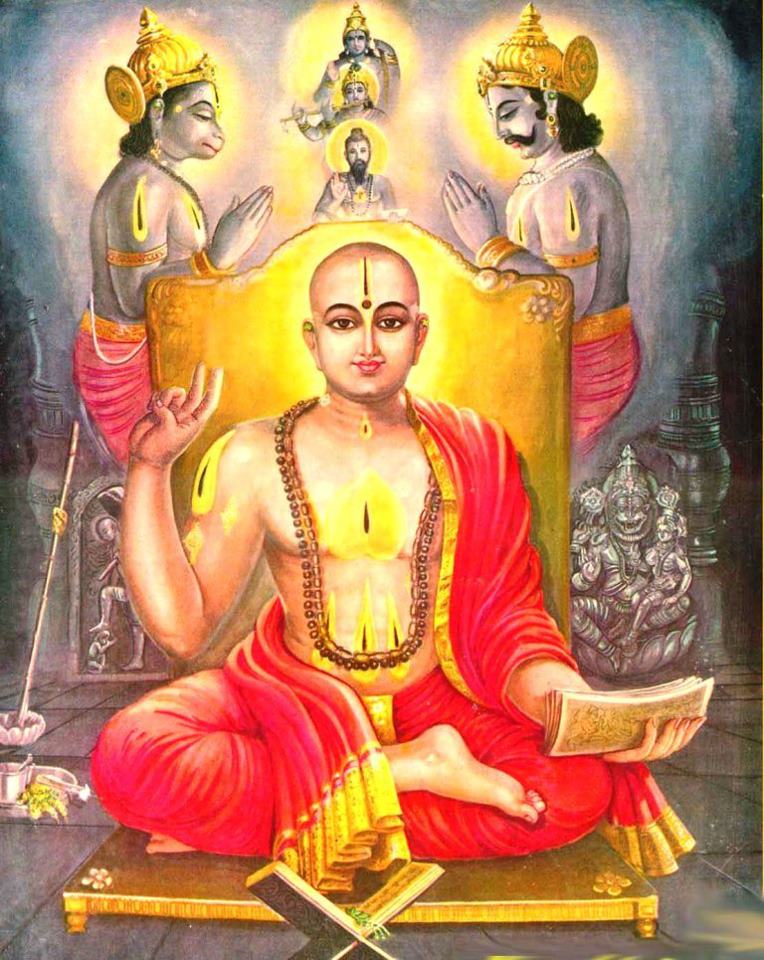