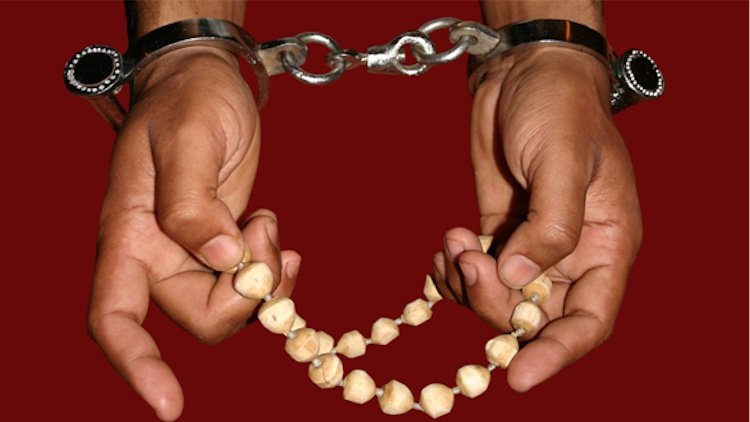 Sarvabhavana Das’s book “Salted Bread”, which is about the persecution of the Russian and Armenian devotees in the early days of the former USSR, is now again available for purchase after many years. The book contains a lot of information about the publication and distribution of Srila Prabhupada’s first books in the communist country. It is more or less an autobiography of the author, who was jailed for two years, and the story of departure of his good friend, Sachisuta das, in the Soviet camp.

The book is an account of painful experiences of the first attempt to spread Krishna consciousness in the atheistic country, which was Srila Prabhupada’s desire; stories of devotees’ trials in jails and psychiatric hospitals, their encounters with the KGB, but the author doesn’t lack in humor when he recalls, as he puts it, “his painful but blissful past”.

Reviews of the book:

‘Salted Bread’ shows that even in the modern day, devotees of Krishna can be as tolerant as was Prahlada Maharaja in the middle of sheer nastiness and cruelty. It is one of the most touching stories of devotion that I have read, and I wholeheartedly recommend it to others.

“Salted Bread” is a book of extraordinary historic significance, not just to ISKCON, but to the whole world. It chronicles a massive turning point in the history & development of the Hare Krishna movement which is impacting the entire planet on a huge scale! First, the martyrdoms of the devotees must be compared to that of the early Christians who were thrown to the lions in stadiums but would not give up their faith. Secondly, the devotee martyrs must be compared to Prahläda Maharaj, who was tortured by his father but never compromised his Krishna consciousness. Directly by their sacrifices, the former Soviet Union devotees now comprise one of the largest groups of ISKCON devotees in the world! This book is a “must read” for those who want to know the true history of this great movement! In Delhi, some devotees produced a full-length drama based on this book which was a masterpiece. Someone should produce a feature-length film based on this book. It is rich and “can’t put it down” reading!

This is an important history of the beginnings of Krsna consciousness in the eastern European countries. It is a simple, deeply moving account of two young men’s determination to become devotees despite the constant danger of governmental censure and abuse. It traces their lives from the time they first contact the Krsna conscious devotees to the ultimate sacrifice of Sacisuta prabhu leaving his body in prison.  Sarvabhavana prabhu has done a great service to all Vaisnava’s by presenting his story of extreme self-sacrifice in appalling conditions for the sake of Guru and Gauranga. One would have to have a heart of stone to not be permanently affected by his story. Any follower of Srila Prabhupada should read this book and become inspired. It is a truly potent account of real surrender.

This book is very inspirational and exciting. It also contains quite a bit of the history of the Hare Krishna Movement in Communist countries. The plot moves quickly, the devotees in the pages truly “come to life,” there is much excitement and humor, and the reader will find him or herself deeply enthused in spiritual life.

Watch a drama based on Salted Bread performed in India by devotees. http://krishnatube.com/video/514/Salted-Bread–Krishna-Consciousness-Comes-to-Russia

For Shipping in India: http://www.desichain.in/salted-bread–a-true-story-GLAMD115.aspx

For Shipping Outside India: http://www.desichain.com/salted-bread–a-true-story-GLAMD115.aspx

You can read excerpts from the book at http://www.hkussr.com/saltedbread.htm