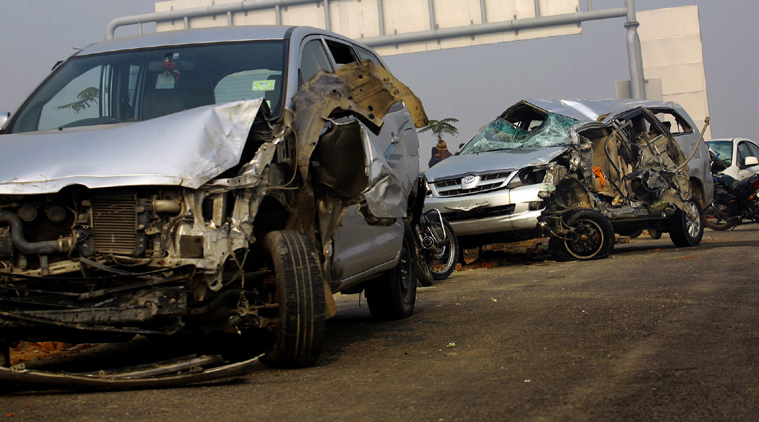 The Uttar Pradesh traffic department on Tuesday released the comparative data of fatalities at Yamuna Expressway, which shows an overall 98% rise in deaths in 2014 and 2015. A total of 801 deaths were reported in 2014, which increased to 1585 in 2015, at the 165-km-long Yamuna Expressway, built as a symbol of modern development.

The Expressway connects five districts – Gautam Budh Nagar, Aligarh, Mathura, Hathras and Agra. Aligarh has topped the fatalities in two years as per the traffic department’s data. The city has shown 365% increase in deaths in the last two years. The traffic department had recorded a total of 85 deaths in 2014, which increased to 396 in 2015.

This was followed by Agra which recorded 73% rise in deaths. Agra – The city of Taj – recorded a total of 211 deaths in 2014, which increased to 366 the following year.

Anil Agarwal, ADG Traffic, Uttar Pradesh, said that the Gautam Budh Nagar district recorded 67% rise in the deaths at the Yamuna Expressway. In 2014, Noida had recorded a total of 198 deaths which rose to 331 in 2015.

The traffic department also released separate data of top ten districts where more accidents and fatalities took place in 2015. The data shows that Kanpur topped the list with 655 deaths and 1085 injured in 1479 accidents. This was followed by Aligarh which recorded 609 fatalities and 639 injured in 759 accidents. Lucknow came third with 585 deaths and 874 injured in 1388 accidents.

Agarwal said that a total of 17666 deaths took place in the entire Uttar Pradesh in 2015. “The death figures at Yamuna Expressway stands 1585, which is around 9 % of the total. This show a dangerous trend,” he said. The traffic cop said that most accidents at the Expressway took place due to speeding of vehicles.

“We deploy enforcement officials at different places to ensure safety of road users. However, the commuters should restrain themselves from speeding,” he said.