The future of agriculture in Russia won’t involve genetically-modified organisms (GMOs), says the country’s Deputy Prime Minister Arkady Dvorkovich. In order to preserve the quality and integrity of its food supply, Russia plans to stick with growing methods that protect the soil and boost yields naturally, a move that Dvorkovich says will make his country’s food among the “cleanest in the world.”

Russia does not import GMOs like most of Europe currently does, nor does it grow them. Unlike the U.S., Russia has deep concerns about the safety of GMOs and has chosen to implement an extended moratorium on their use as it looks to other, safer technologies that don’t come with the risk of birth defects, endocrine disruption and cancer.

At the recent International Economic Forum in St. Petersburg, Dvorkovich told listeners that Russia has “chosen a different path,” and that the country “will not use these [GM] technologies” to boost agricultural production. The announcement coincides with statements made by Russian President Vladimir Putin back in 2014 about the need to “protect” Russian citizens against GMOs.

“We need to properly construct our work so that it is not contrary to our obligations under the WTO [World Trade Organization],” Putin stated. “But even with this in mind, we nevertheless have legitimate methods and instruments to protect our own market, and above all citizens.”

Russian official: GMOs cause obesity and cancer and won’t be tolerated

This is the type of thing Americans should be demanding from their own elected leaders — an emphasis on protecting people rather than corporate profits — but, alas, the United States looks at GMOs much differently. Regardless of all the safety risks involved, America’s political puppets believe that GMOs should continue to dominate the national food market without even being labeled.

Meanwhile, Russia is leading the way in ridding its land of toxic poisons, stressing the need for agricultural policies that take a precautionary approach to controversial modalities like biotechnology that involve artificial gene splicing and toxic pesticides. The Vice President of Russia’s National Association for Genetic Safety, Irina Ermakova, had this to say recently about the issue:

“It has been proven that not only in Russia, but also in many other countries in the world, GMOs are dangerous. Consumption and use of GMOs obtained in such way can lead to tumors, cancers and obesity among animals.”

Russian Prime Minister Dmitri Medvedev also made global headlines last year when he announced that Russia would no longer import any GMO products, boldly proclaiming that Russia has more than enough land and resources to produce organic food safely and cleanly without the need for corporate-owned, bio-pirated GMOs seeds and their corresponding growth chemicals.

He stated, as quoted by RT.com, “If the Americans like to eat GMO products, let them eat it then. We don’t need to do that; we have enough space and opportunities to produce organic food.”

With all this in mind, the American media’s “Russia is evil” ruse becomes increasingly less convincing. Americans would be hard-pressed to ever have a politician stand up against GMOs like Russia’s leaders have, and yet they’re the “bad guys” and we’re the “good guys”? Perhaps it’s time for more Americans to reevaluate who’s really calling the shots in the “land of the free” and what their motivation might be to vilify a country that has chosen to reject bio-piracy and uphold true, free-market agriculture in the interest of public health and national sovereignty. 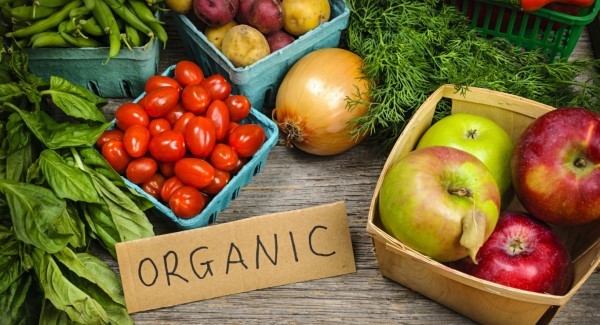