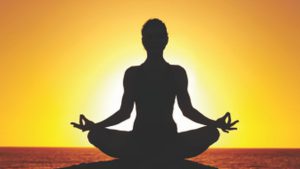 As part of the festivities celebrating the inauguration of June 21st as International Yoga Day, Wai Lana’s “Namaste” music video was broadcast at the United Nations.

Wai Lana, who is a world-renowned yoga teacher and host of the long-running public television series, Wai Lana Yoga, produced her new “Namaste” music video “to convey the message that the yoga lifestyle is a simple yet powerful foundation for improving our lives, recognizing that we are all part of one big family, and making this world a better place.”

When the United Nation’s first declared June 21st as “International Yoga Day,” India’s Prime Minister called yoga an invaluable gift, a holistic approach to health and well-being. Wai Lana couldn’t agree more, saying, “Yoga is a complete way of life where every aspect of our existence comes together in harmony, surcharged with deep meaning and purpose.”

Wai Lana’s “Namaste” was shot on location in the US, Canada, Mexico, Philippines, India, China, Russia, Australia, New Zealand, Ukraine, and Poland. The beautiful, creative, and heartfelt performances make “Namaste” a very inspiring and uplifting video and symbolizes the unity and harmony that we can achieve through yoga.

Wai Lana says she wrote the song to help us “remember one of yoga’s greatest lessons—humility and respect for others.” And she asks each of us to, “Be inspired by Yoga Day to unite together, not only as a nation, but globally, so that we can have more harmony and peace in our lives.”

It is Wai Lana’s sincere hope that everyone will watch, enjoy and be inspired by “Namaste” not just on Yoga Day but every day, and share this video and the deeper meaning of yoga with their friends and family.

The inspiring Namaste video can be found on the website – www.wailana.com and on YouTube where it has already been viewed over 100,000 times.